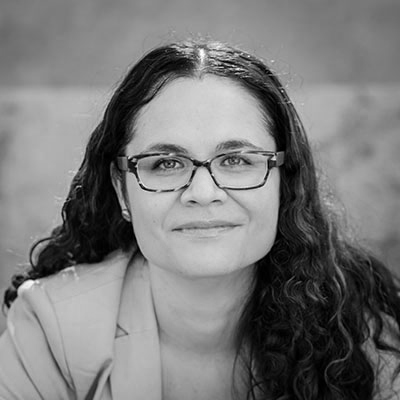 Inessa Bazayev is Paula G. Manship Professor of Music Theory and Theory Area Coordinator at the Louisiana State University. She is the director of the forthcoming festival—Stravinsky in America (February 2022). Her past festival projects include the international Symposium on Prokofiev and the Russian Tradition (February 2016).

Dr. Bazayev’s research focuses on Russian and Soviet music, Russian Futurism, history of Russian music theory, and voice leading in twentieth-century music. Her articles and reviews on these and other topics have appeared in Music Theory Spectrum, Dutch Journal of Music Theory, Music Theory Online, and Theoria, among others. Most notably, she organized two sets of publications that were part of special issues for Music Theory Online: “Perspectives on Twentieth-Century Russian Theory,” a collection of six essays (2014); and the second, “Prokofiev at 125,” a collection of three essays (Spring 2018). The former issue was a major publication since Gordon MCQuere’s edited tome on Russian music theory from 1993.

Bazayev is also a co-editor (with Christopher Segall) of Analytical Approaches to 20th-Century Russian Music (Routledge, 2020), which features thirteen chapters of analytical essays from Rachmaninoff to Gubaidulina.

She has taught music theory at all undergraduate and advanced levels including tonal and atonal repertoires. These courses include species counterpoint, tonal and chromatic harmony, aural skills (both tonal and atonal), and post-tonal theory. At the graduate level, Bazayev has developed three new courses: Analysis & Performance, Soviet Music & Literature (both of which are graduate seminars), and Remedial Theory Online, which was developed as part of the Manship Fund for Academic Excellence (awarded in 2013). She currently runs both graduate and undergraduate summer theory review modules, which she developed.

Technology plays an important part in Bazayev’s teaching. Each course has its own website on which students may find material for the course, including worksheets, recordings, and practice dictations. As an extension of this pedagogical work, she completed a digital media project for W.W. Norton & Company that developed the online supplement for Concise Introduction to Tonal Harmony by Poundie Burstein and Joseph N. Straus. Bazayev authored all assessment questions (nearly 2,000 for InQuizitive software program), 2016 (1st ed.); 2020 (2nd ed.).

Dr. Bazayev is an active member of LSU’s interdisciplinary community of scholars. She is the music liaison to the Ogden Honors College, where she serves on the Faculty Advisory Board (2014–present). She has also taught and developed two new interdisciplinary courses for the Honors College—Intersections Between Music & Art in the 20th Century; and Music and Power: From Stalin to 9/11.

Dr. Bazayev has served as an advisor and first reader on several dissertations and master’s theses from theory, musicology, and performance departments. She has also given a number of pre-concert lectures for the LSU Orchestra concerts at Union Theatre (2015–16).

Dr. Inessa Bazayev is the recipient of a number of prestigious teaching and research awards from LSU, which include Alumni Association Rising Faculty Research Award (2015), Paula G. Manship Professorship for Excellence in Music (2013–2014), Tiger Athletic Foundation Undergraduate Teaching Award (2014), and Summer Research Stipend (2011), among others.

Dr. Bazayev is an active member of the Society for Music Theory, for which she served on the Executive Board of Directors (2017–2020), and she was the founding chair of the Russian Music Theory Interest Group (2013). She has previously served on SMT’s Committee on the Status of Women (2010­–12), as the coordinator for proposal and article mentoring programs. She was also the local arrangements chair for SMT’s annual meeting in New Orleans (2012). Bazayev currently serves as Associate Editor of Music Theory Online (a flagship journal of the Society for Music Theory).

Inessa Bazayev received her PhD from the Graduate Center of the City University of New York (2009) under the tutelage of Joseph N. Straus.