Fans inside and outside Tiger Stadium erupted with excitement as they watched their team beat Alabama in overtime. At the same time, a seismometer on LSU’s campus captured the excitement, recording two distinctive seismic wave events. The first came at 10:03 p.m. after LSU football quarterback Jayden Daniels scored a touchdown from a 25-yard run. The second event came just minutes later at 10:06 when Mason Taylor caught the game-winning two-point conversion. 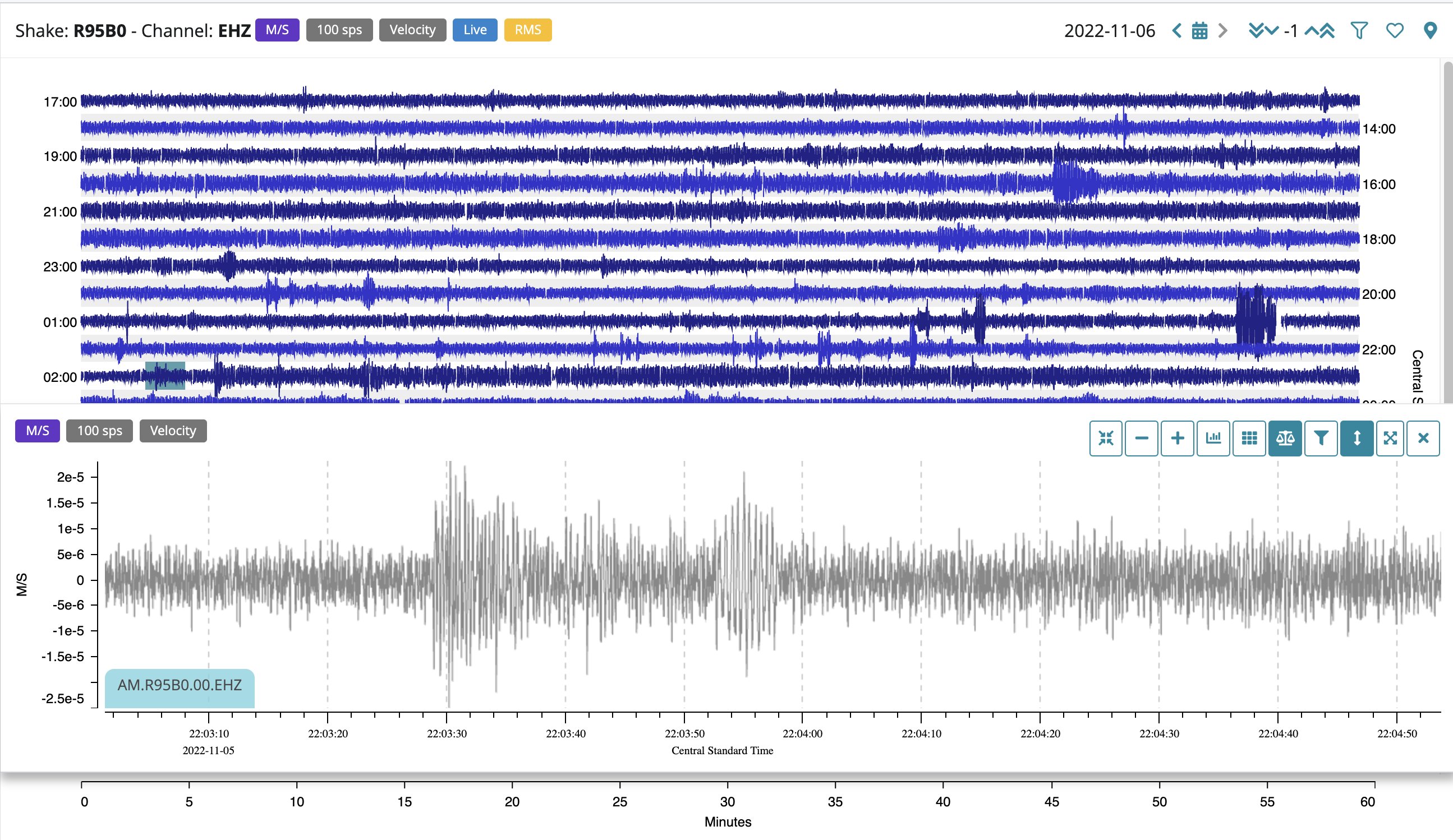 What did the LSU seismometer pick up on Saturday night during the football game?

Darrell Henry: You're looking at seismic waves that go through the ground. They don't go through air. The shaking is a function of the energy that's been released. You're getting a sense of the energy that's released from all these people jumping up and down and yelling. When you see different amounts of energy, you get higher magnitude wiggles, so the seismometer picks up the vertical motion from the reaction to the LSU touchdown. This touchdown showed the greatest magnitude response lasting about 10 seconds.

Patricia Persaud: The seismogram is the wiggles. The signal is showing the prolonged activity of the movement in the stadium. These are not earthquakes. Not every signal that we can measure related to movements of the ground is due to an earthquake. It shows that you can actually observe signals related to the movement of the crowd. This isn’t limited to just inside the stadium either but the people outside of Tiger Stadium as well. It’s impressive too, because the instrument itself is NOT located in the stadium.

Looking at the results, how would you compare the intensity of these waves to a typical reading?

Henry: You can definitely see that it produced a very distinctive event that could be measured very easily with the seismometer. It's really very significant, and it’s closer to 10 times more than what we would normally see there. It's a significant event, and the ground motions at the instrument were measurable.

How does this compare with other events like the recent Garth Brooks concert?

Henry: There were a series of seismic waves related to the Garth Brooks concert when he sang “Callin’ Baton Rouge.” Those waves were longer and more sustained likely because of the length of the song.