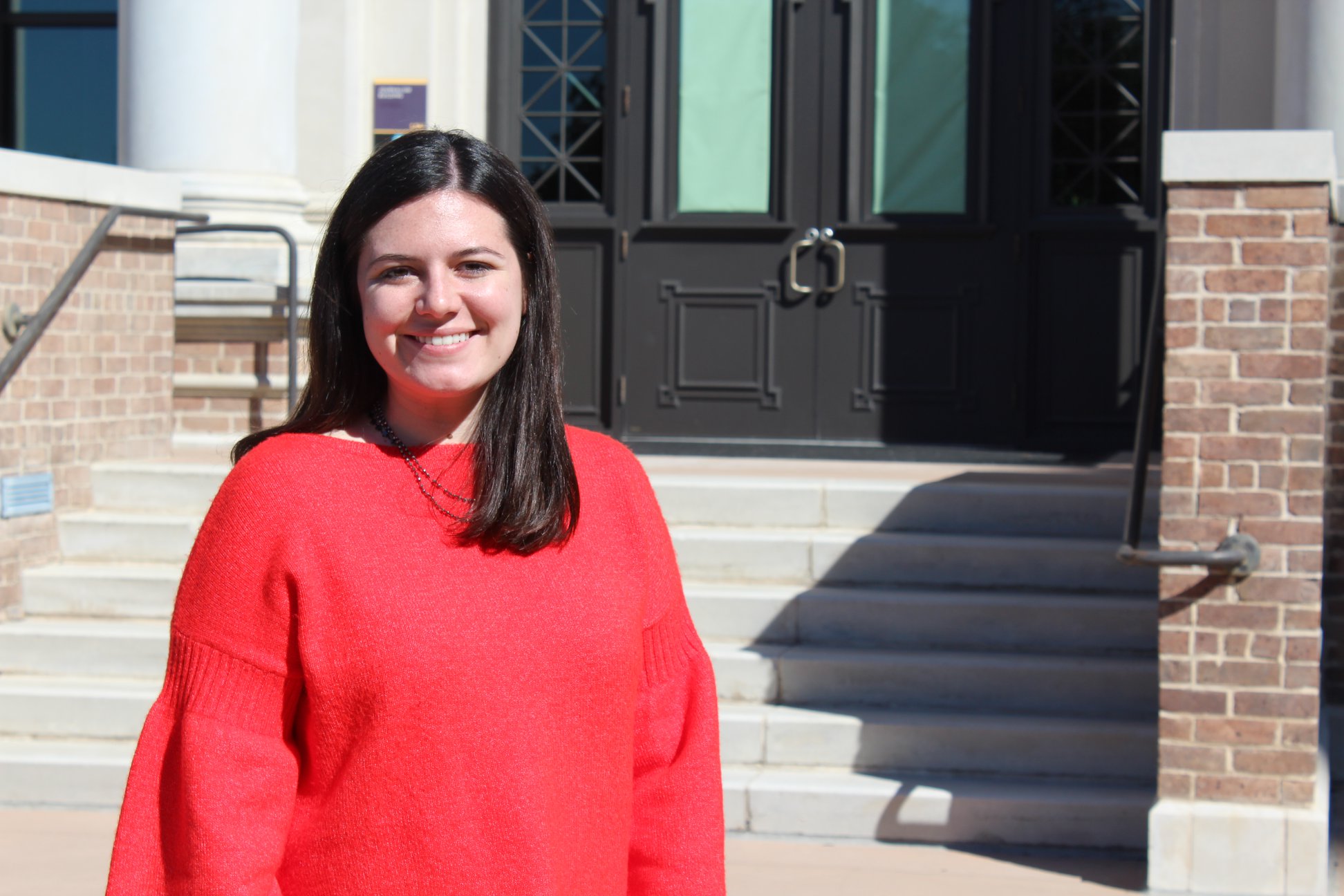 February 21, 2018
Baton Rouge, LA – LSU Manship School of Mass Communication Senior Katie Gagliano is one of 38 students chosen from 19 universities around the world to participate in the prestigious Carnegie-Knight News21 multimedia reporting initiative, which will investigate U.S.-based hate crimes. The Covington, Louisiana native will travel to Tempe, Arizona, this summer to research and report for the program.

News21 was established by the Carnegie Corporation of New York and the John S. and James L. Knight Foundation to demonstrate that college journalism students can produce innovative, in-depth multimedia projects on a national scale.

“Katie is a star journalism student who has already written for a number of notable publications, including the Desert Sun in Palm Springs, California and our LSU Manship School Statehouse Bureau, which provides in-depth coverage of the Louisiana State Capitol for publications around the state,” Jerry Ceppos, dean of the Manship School, said. “We think Katie’s selection as a News21 journalist underscores the experiential education that we emphasize here at the Manship School, and we are eager to see the work she produces for News21.”

All News21 students are participating in a spring semester seminar in which they are conducting research, interviewing experts and beginning their reporting. The seminar is taught in person and via video conference by Leonard Downie Jr., former executive editor of The Washington Post and Cronkite’s Weil Family Professor of Journalism, and News21 Executive Editor Jacquee Petchel, a Pulitzer Prize-winning journalist and former senior editor for investigations and enterprise at the Houston Chronicle.

“We chose hate crimes and hate incidents as this year’s timely News21 topic because of the apparent increase throughout the country of such acts – from bullying and vandalism to assaults and murders – involving racial, religious, nationality, gender and sexual orientation bias,” Downie said. “With nearly 40 student journalists participating in the project, we are doing research and reporting in all 50 states. They are looking for patterns of hate incidents and hate group activities and the response of law enforcement and governments.”

Following the seminar, students move into paid summer fellowships, during which they work out of a newsroom at Arizona State’s Walter Cronkite School of Journalism and travel across the country to report and produce their stories.

“We will be able to do what many newsrooms cannot, which is to deploy dozens of journalists to investigate the culture of hate and related acts of violence in every state in the nation,” Petchel said. “Not only do recent attacks on people of different races and religions call for it, it is the right thing to do in the name of public service journalism.”

Over the past eight years, Carnegie-Knight News21 projects have included investigations into voting rights, post-9/11 veterans, marijuana laws and guns in America, among other topics. The projects have won numerous awards, including four EPPY Awards from Editor & Publisher magazine, the Student Edward R. Murrow Award for video excellence, and a host of honors from the Society of Professional Journalists and the Hearst Awards Program, considered the Pulitzer Prizes of collegiate journalism.