The Pfizer-BioNTech COVID-19 vaccine, the first to be approved for emergency use in the U.S. earlier this month, relied on LSU technology during its development. 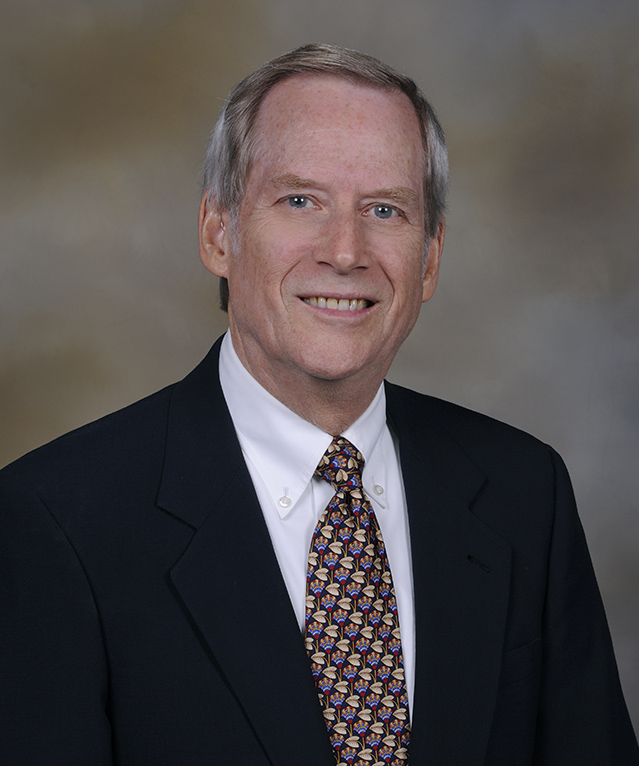 Robert Rhoads‘s innovations helped stabilize messenger RNA with certain modifications to its “cap,” making it more resilient and able to instruct the body to create the specific proteins that can prime the immune system to react to certain viruses, including coronavirus.

Robert Rhoads, professor emeritus and former head of the Department of Biochemistry & Molecular Biology at LSU Health Shreveport, holds seven patents related to mRNA, or messenger RNA, a string of biological code that is read by ribosomes to make proteins needed by the cell. For COVID-19 vaccines, mRNA can instruct the body to create fragments of proteins that look like the coronavirus spike protein. These in turn prime the immune system to defend the body if real coronavirus is ever detected. The longer mRNA stays intact in the cell, the more of the coronavirus-like protein fragments will be made, leading to a more effective vaccine. Rhoads’s inventions help stabilize the mRNA with certain modifications to its “cap” (a chemical structure at one end of the mRNA that essentially says “start reading here”) to make it more resilient. Messenger RNA is normally made in living cells, but these caps allow scientists to make mRNA more effectively in test tubes, so large amounts of vaccine can be created quickly.

“We are immensely proud of Dr. Rhoads's work,” LSU Interim President Tom Galligan said. “For LSU innovation to have been instrumental in the development of an historic, lifesaving vaccine now being distributed around the world is an example of the caliber of work our scientists engage in every day, all across the state, and how university research that might seem unassuming in the lab can ripple out to serve us all.”

These innovations came out of a collaboration that began decades ago between the Rhoads lab and a group of organic chemists at University of Warsaw in Poland. Two of their resulting patents, jointly owned by LSU and University of Warsaw, were licensed to BioNTech in 2010. This was shortly after the company was founded by German oncologist Dr. Ugur Sahin, who had read Rhoads’s papers and met with him and colleagues in Germany twice, in Berlin in 2008 and in Heidelberg in 2009, to explore the idea of licensing the technology.

“Ugur is very capable, and the nicest guy you’ll ever meet,” Rhoads said. “He still rides his bike to work—rode his bike to dinner when I went back to Germany to meet with him in 2017, right after BioNTech partnered with Genentech and Sanofi to develop mRNA-based therapies against cancer.”

“Dr. Rhoads is among the most brilliant researchers to have served on the LSU Health Shreveport faculty and is known for his kind and humble spirit. He has devoted his career to helping others, making his role in addressing this worldwide pandemic befitting.”

Genentech and Sanofi sublicensed LSU’s patents from BioNTech in 2016 and BioNTech then conducted a successful phase-1 clinical trial for skin cancer, or melanoma, in 2017. For the first time, researchers were able to prove mRNA can be used to make a vaccine in humans. At the time, nobody could have foreseen the global scale of the COVID-19 pandemic, although epidemiologists were aware of the possibility after the SARS and MERS outbreaks—in 2002 and 2012, respectively—also caused by coronaviruses. In 2019, BioNTech partnered with Pfizer to develop vaccines against influenza, and sublicensed LSU’s patents to them. 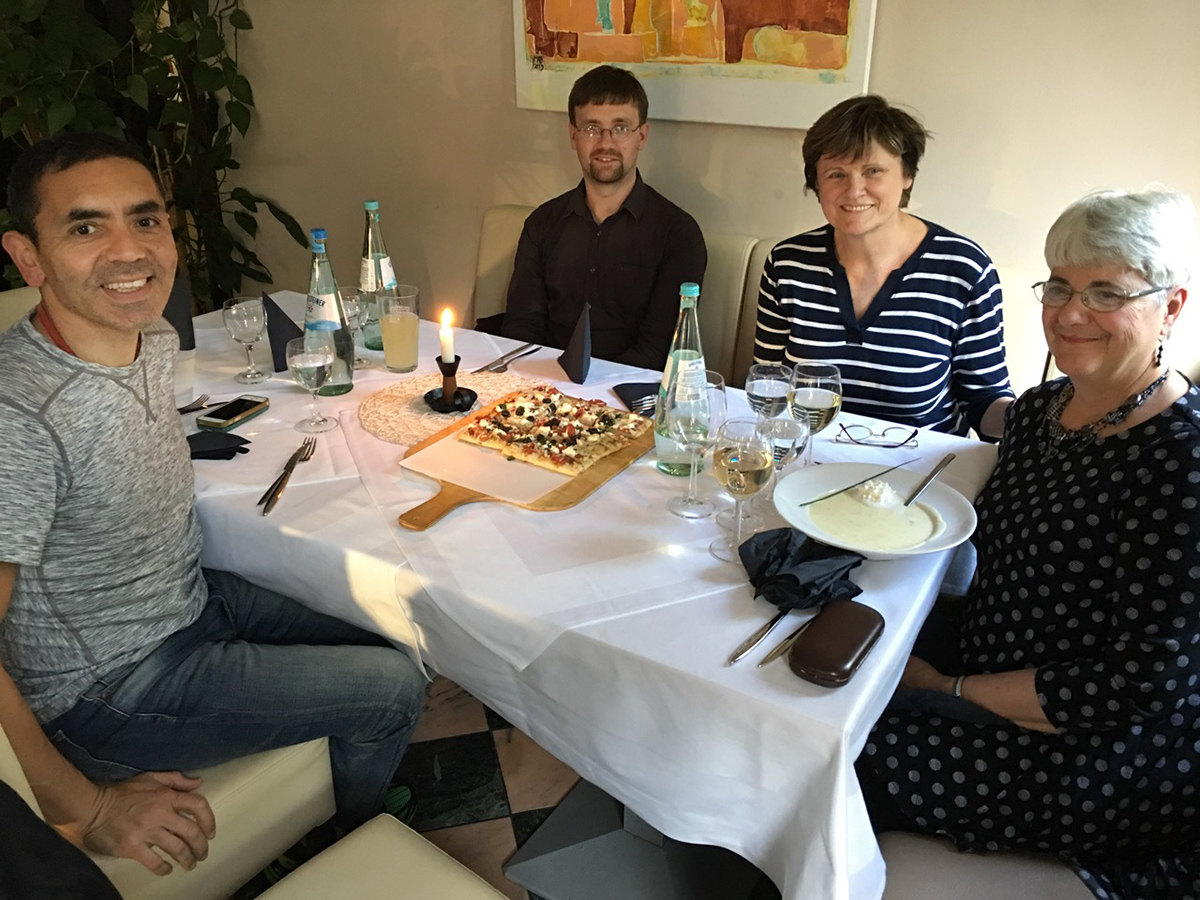 At dinner in Mainz, Germany in 2017 with BioNTech founder Ugur Sahin, left, and colleagues. Robert Rhoads took the photo; his wife sits on the right.
Photo courtesy of Robert Rhoads

“Had it not been for their previous research on using mRNA vaccines against cancer, BioNTech would not have been able to pivot so quickly to create vaccines against COVID-19 in partnership with Pfizer,” Rhoads said. “The technology was already in place, which is why they were able to come up with COVID-19 vaccines almost overnight.”

“While vaccines historically have taken up to 10 years to develop, mRNA technology holds great promise for rapid response to future pandemics,” Rhoads said. “There are almost certainly more coronaviruses out there that are different enough from this one that current vaccines are not likely to work. We know this will happen again—another pandemic will come. But using mRNA technology, the large pharmaceutical companies should be able to respond quickly and save lives.”

Rhoads’s achievements were recognized earlier this month in a proclamation by Shreveport Mayor Adrian Perkins, who declared Friday, December 18 “LSU Health Shreveport Day.” The LSU health sciences center in northern Louisiana continues to be a key driver of the pandemic response in the state and the nation through its ongoing research, Emerging Viral Threat lab, and COVID-19 testing outreach in underserved rural and urban communities. LSU Health Shreveport actively participated in Pfizer’s COVID-19 vaccine trials earlier this year and began receiving shipments of the approved vaccine for distribution last week.


Read more about Rhoads’s work in his own words in the member magazine of the American Society for Biochemistry and Molecular Biology (ASBMB): “Stabilizing messenger RNA may lead to COVID-19 vaccine development”