How Fiction Can Lead to Facts About COVID

A brief conversation with Josh Grimm, Doris Westmoreland Darden Professor and newly named Interim Dean of the LSU Manship School of Mass Communication, on past failings and future opportunities in how we talk about the risks of COVID-19 and other aspects of health communication. 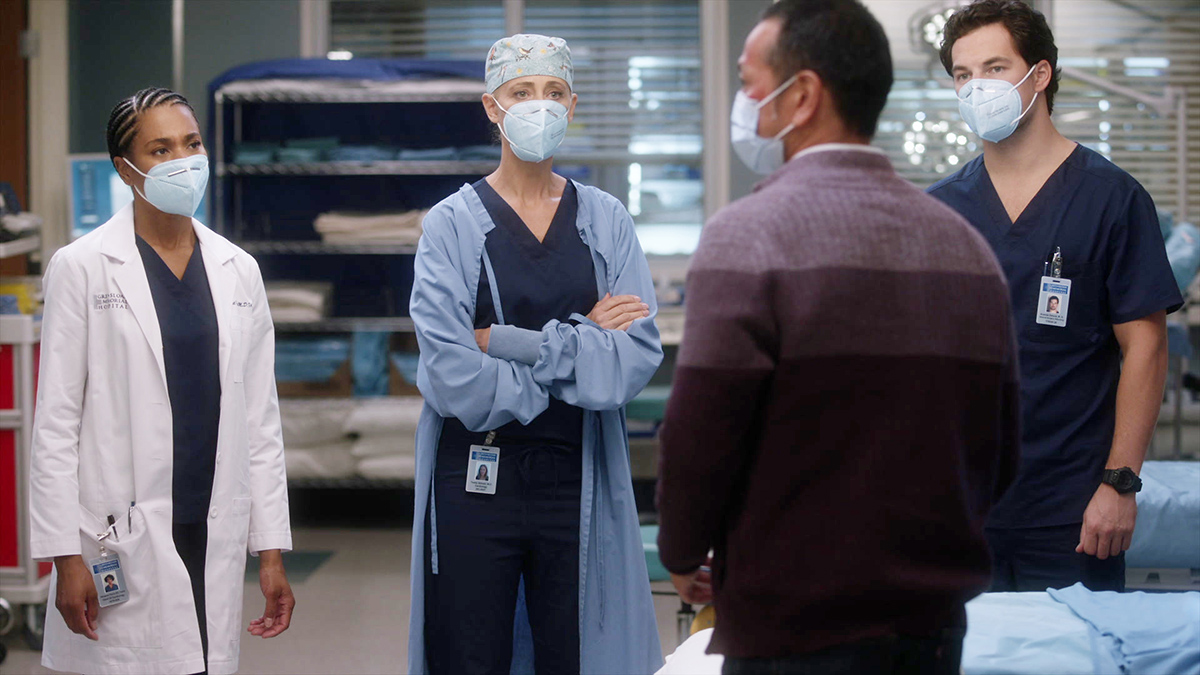 Still image from last night’s season 17 premiere of Grey’s Anatomy on ABC, one of the first TV shows to address COVID-19.

You’re teaching a virtual class this semester on media and health, is that right? Is it a challenging subject to teach?

Yes, I’m teaching that class for the first time. I’m drawn to studying health communication because that’s something where I feel we can truly make a difference. It can literally save lives, and that’s not an exaggeration. Now, we also need to be aware of the fundamental barriers that prevent people from seeking treatment in the first place. But for someone to receive new information and be able to change their behavior or get access to treatment because of a health campaign, news article, or TV storyline—that’s pretty incredible.

And students are surprisingly receptive because health is something they deal with every day, and media are such a huge part of their lives. It’s just a matter of connecting those two things. One of my favorite things we talk about in my class is how medical dramas on TV change our expectations of how doctors should perform. Fake shows influence our expectations of how effective CPR and defibrillators are, for example. But it can also downplay how dangerous some diseases are, like cancer, which is rarely portrayed on TV because that’s a depressing six-episode arc audiences don’t want to see. But those things really do shape what and how we think about health. It’s wild how we see these fake shows, which were written by someone and acted by people, and we treat them like they’re documentaries. There are so many things that can impact our health, and meanwhile, we’re taking our cues from Grey’s Anatomy instead of our doctors, which I imagine is pretty frustrating for them.

Right, though the doctors themselves have probably also watched Grey’s Anatomy.

Exactly! And you have to wonder how that shapes their expectations as well. While our brains might think what we see on TV is real, your average medical drama was probably somewhat of a copy of another show that was copied from another show that was written by one person or a small group of people, who likely were all white. Now Grey’s is an exception because they actually have a pretty diverse writing room, so at least that’s a step in the right direction. However, it’s still a drama airing on network television, and so it’s generally going to be a pretty inaccurate depiction of life in a surgical hospital. And yet, it can actually influence what we believe, which is bonkers.

TV is a wildly exaggerated form. It’s terrifying and fascinating and that’s why I love to study this.

Film and TV holds enormous power over our expectations, and this then influences who seeks out medical professions, who chooses to be a doctor, or a cop. It’s certainly not the only reason, but I would argue it’s a factor. And it messes with our expectations as well. Real life in law enforcement is largely really boring. So, when something does happen, our brains play out scenarios we’ve seen in dramas or on the news. It goes from, ‘This is not as exciting as it should be’ to ‘I got a call! I’d better go. I’d better put my hand on my weapon in case it’s serious.’ Then we’re surprised when people act on that, on attitudes that have been created and reinforced from watching hundreds or maybe thousands of hours of television that tap into existing prejudices and ideologies.

I don’t think I’ve seen films or TV dramas that address COVID-19 yet. Have you?

So, I actually just watched the season premiere of Grey’s Anatomy and most of the show was about COVID. It was very heavy-handed, even for Grey’s. Like, there were several times where I thought the doctors were going to turn directly toward the camera and address the audience: “Do you hear us, America? Wear a mask!” I mean, spoiler alert, I guess, but at one point, the family that had been having big barbecue parties instead of quarantining ended up having their kid die, so again, not exactly subtle.

But snarky comments aside, the episode tried to capture what healthcare professionals have been enduring in the middle of the pandemic, which isn’t something we’ve seen a lot of. Also, it would have been easy for the show to write around COVID—maybe feature one patient in a storyline, but otherwise ignore the disease entirely. I think it’s really commendable that they went for it, and while medical dramas can negatively impact how we view health care, shows like Grey’s can also be very valuable in communicating health messages. So as ham-fisted as the episode may have been, if it reminds the audience how serious COVID is and maybe leads to people being more likely to wear masks, then it could really make a difference. 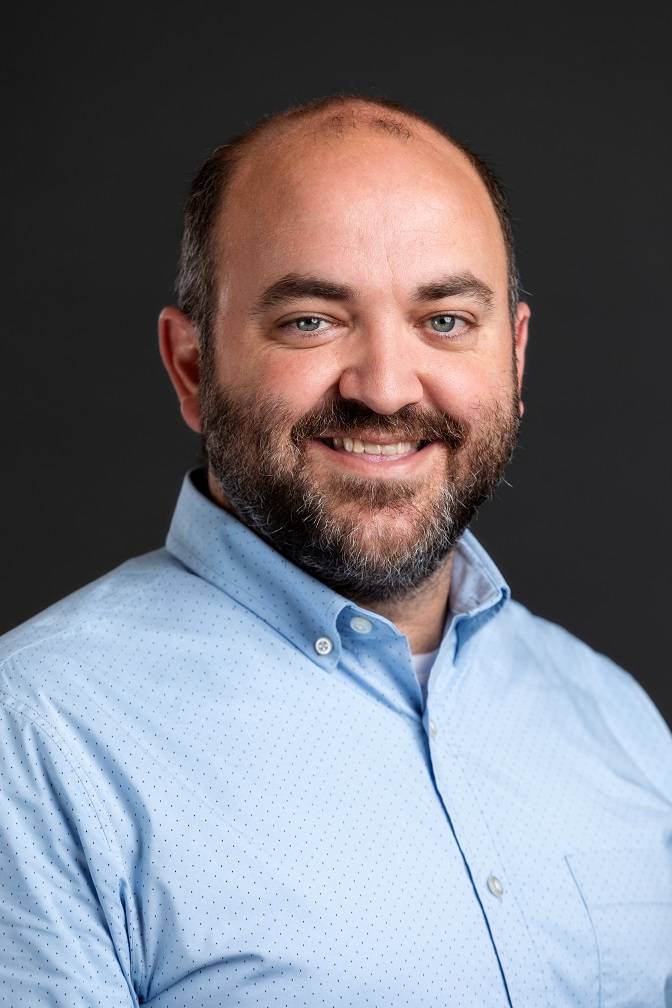 To back up a bit and get some overview, how do you see the current state of health communication around risks and recommendations when it comes to COVID-19?

Oh, it’s a mess. I think some states have done a good job around it, but it’s all so inconsistent because COVID has become so politicized. It makes everything that much more difficult. I mean, usually the problem would be a case of conflicting messages about what would work best to stop the spread of the disease. But instead, we’re trying to message to a very vocal group of people who don’t believe COVID is real. Imagine trying to convince someone to stop smoking, but instead of convincing them that there is a link between smoking and lung cancer, you’re trying to convince them that lung cancer exists. That’s the type of exhausting, uphill battle that faces communicators trying to message around COVID.

What do you see as the biggest successes and failings so far?

I think a lack of consistent messaging has literally cost lives. Politicizing health is incredibly dangerous, and we’re seeing that now. That said, I think the fact that we were able to pivot from thinking in early March that masks were ineffective to having mask mandates on campuses and in businesses was a huge success. It would have been easy to focus on the uncertainty and just think that no one knows anything about the disease because it’s all so inconsistent. But that was a great example of effectively communicating that we learned new information that could make a huge difference in helping to prevent the spread of COVID.

If you could make up a COVID-19 communications plan for the United States of America going into 2021, what would that look like? Broad strokes, obviously.

For me, what’s so utterly terrifying about COVID is that you die alone. Utterly, painfully alone. No one wants to go like that. You’re supposed to be surrounded by loved ones, saying peaceful goodbyes and hopefully uttering something meaningful as you drift off to sleep. COVID steals that from you. You are alone in a sterile hospital room, talking to family over FaceTime who aren’t allowed in while you gasp for breath. That is horrifying. My campaign would focus on that fear of saying goodbye to someone you love under those circumstances. Maybe open by clearly stating, “No one wants to die alone” featuring that scene, and then work backward through the process of someone getting suddenly sick, like having them leave their home behind to go to the hospital, saying goodbye to their dog or cat not realizing they won’t be back. They get to the hospital but can’t get a room right away because there are so many other people who are also sick. That sort of thing. But walk it backward to the point of contracting COVID because someone else was not wearing a mask. And then close out the messaging by saying that it’s not about you, it’s about everyone else. Wear a mask.

The key is emphasizing how serious the threat is and explaining what people can do to stop it. Maybe that’s not about dying alone, maybe it’s about long-term effects of COVID that we’re really just starting to realize. But regardless of the threat, that self-efficacy, that belief you can do something to help lessen that threat, doesn’t change because it’s so simple: Wear a mask.

I realize COVID-19 isn’t your specific research area when it comes to health communication, but what is?

The undercurrent of my research is diversity, equity, and inclusion in some form or another. I work with representation and health, especially for men of color who have sex with men, focusing mainly on HIV. Most of my research in this area is on communication around PrEP, which is a pill you can take daily that helps prevent HIV. I try not to oversell this, but if you went back in time 20-30 years and said this pill existed, people would have lost their minds. This is the miracle drug people have been looking for, and instead, it’s been met with this kind of, “Okay, we should look into this,” or, “We should get people on this,” attitude, the same way you’d agree that it generally would be a good idea to get people’s cholesterol down. It’s staggering! HIV wiped out a generation, and PrEP, meanwhile, is 99% effective if you take it every day. And yet, we’ve seen incredibly slow adoption rates that just don’t make any sense. And in large part, it comes down to communication—or lack thereof.

Primary care doctors aren’t comfortable talking about people’s sex lives, especially not with LGBTQ individuals. They’re reluctant to offer advice and surely also carry their own biases. There are many barriers. So, the way most people are finding out about PrEP right now is not from medical professionals but through friends and sexual partners, basically. My goal is to find a way to message this more effectively and actively get more gay men of color on this drug. If you’re a gay man of color living in the Deep South, your odds of contracting HIV are one in two. One in two! I pulled this from a New York Times article about two years ago and I must have read it about seven times, thinking, ‘I must have misread this…’ But no.

What have you learned from your research on PrEP that might translate to how we should or shouldn’t communicate about COVID-19, a disease that is known to disproportionally affect African-Americans?

I think at some level, all diseases are about barriers. It’s about stigma, it’s about discrimination, it’s about not being able to afford health care... Those are the types of challenges that keep people from being healthy. You can’t do a broad, general-audience message about HIV because not everyone is equally at risk. The same is true for COVID, at least to an extent. You can start by talking about masks, but cultural competence tells us you need to then tailor the message to that specific audience by understanding the barriers they face. For people of color, they’re more likely to be working in essential jobs, so working remotely isn’t an option. They’re more likely to live in urban areas, so avoiding other people isn’t as easy. These challenges need to be reflected in campaigns targeting people of color, along with the fact that dealing with racial discrimination your entire life wears you down, which is another barrier to health. A message alone cannot fix structural barriers—but acknowledging and understanding those barriers can go a long way toward helping those messages resonate and hopefully make a difference.