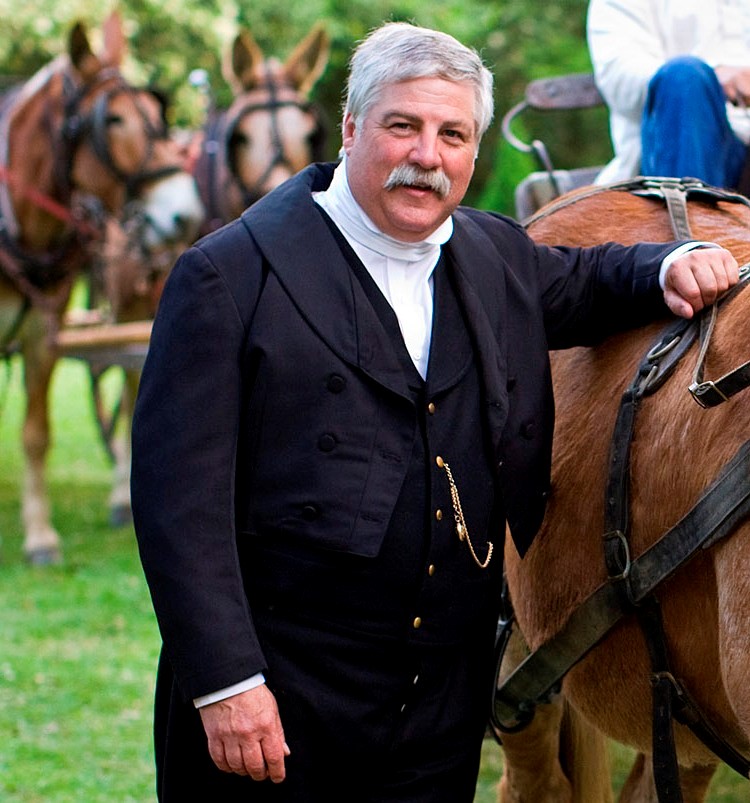 David Floyd, retired Executive Director of the LSU Rural Life Museum, passed away on February 22, 2022. He was 65.

It was during his time as a student of anthropology at Louisiana State University, the Baton Rouge native began an internship with the Rural Life Museum under the guidance of landscape designer and preservationist Steele Burden. It was the start of a life-long passion for Floyd.

The Burden family had donated their family’s 440-acre farmland to the university in the 1960’s. With 20 acres of that land devoted to a museum complex, Steele Burden began a vast collection of vernacular architecture and artifacts that reflected the rich cultural traditions of Louisiana’s heritage. David Floyd’s interests and studies focused on an appreciation of who we are and how we survived in the past and the interpretation of that history. Their parallel interests and passions eventually led to a future partnership.

Graduating with a Bachelor of Science degree from LSU in 1980, Floyd’s career expanded to many outstanding positions; Chief of Interpretive Services, Louisiana Office of State Parks, Director of Audubon State Historic Site, and restoration/management of many of the Louisiana’s State Parks, and Director of Kent House.

It was in 1994 when Floyd was persuaded by his former mentor Steele Burden to return as director of the Rural Life Museum. As Burden’s “dream child” continued to grow, Floyd’s leadership directed that growth into a museum that now has the largest collection of vernacular architecture in the state of Louisiana and houses the largest collection of material cultural artifacts from farms, houses, and plantations. And, today more than 67,000 visitors annually travel down a road that enters in a world of 19th century rural Louisiana – The LSU Rural Life Museum.

During his career, Floyd created professional publications of master plans and interpretive prospectus for countless museums, historic districts, towns, cities, and private homes throughout the State of Louisiana.

While serving on many historic boards he also was recognized as Preservationist of the Year, 1994, Foundation for Historic Louisiana, Preservation Award, 1996, Louisiana Preservation Alliance, and Museum Director Lifetime Achievement Award, Louisiana Association of Museum’s.

David Floyd was an accomplished and internationally known museum director and consultant. His knowledge and expertise in architectural restoration was sought by many. Like his mentor Steele Burden, Floyd’s dedication to the preservation of Louisiana’s rich and diverse cultural history was a deeply felt passion throughout his life – a passion and devotion that he shared freely with all who knew him.

The personal attention he gave to those around him helped make Floyd a natural mentor to many people.  Whether counseling young museum professionals or sharing with the countless students who worked at the museum on various career paths, Floyd demonstrated the importance of connecting with others in a welcoming and accepting manner. Above all, he emphasized that you should always enjoy what you’re doing, even when it is hard work. Those who were mentored by Floyd learned about the profession and preservation, but they also learned how to live well, whatever their chosen field.

“David Floyd epitomized “love what you do, and you will never work a minute in your life.”  He sought out the best in his friends, employees, and himself.  He was a kind and thoughtful soul, who listened and understood the plight people were experiencing. As a student worker who began at the front desk, freezing during the coldest February known to Baton Rouge, then being let go by David twice, to serving on the Friends Board, David always encouraged more participation and involvement at the museum.  Working at The LSU Rural Life Museum was not unlike being at summer camp.  You got out of the experience exactly what you put into being at the museum.  David surrounded the museum with the right people, artisans, benefactors, volunteers, and honorees.  Without David Floyd, The LSU Rural Life Museum would not be what it is today.”

“David was an inspirational person for all those who worked with and studied under him.  He was a gifted communicator and storyteller, people identified with his message and that aided the growth and development of the museum. His efforts to advance the LSU Rural Life Museum were almost as important and impactful as those of the Burden family. David had an extensive knowledge of south Louisiana history, the Burden property, and the museum.  His storytelling ability made it all very accessible to those around him.”

“David loved the Rural Life Museum and he loved LSU. I know from the decade we worked together that some of his greatest points of pride were those where he could bring his passion for Louisiana history to students, faculty, and staff at LSU. His entrepreneurial spirit resulted in creative programming that brought tens of thousands of people to the RLM each year. He was a historian and a storyteller who was also a pied piper, recruiting hundreds of others to volunteer as docents at the Museum. He was a true Southern gentleman who wore a seer-sucker suit at every opportunity and treated everyone with respect. David’s legacy will live on at LSU’s Rural Life Museum and in the hearts of all who worked with him.”

“The purpose of this museum is to increase the appreciation of our heritage and the way of life of our ancestors, their hardships, toils, visions, inspirations, and determination by preserving something of the architectural and artifacts from our rural past.”

“Surely I believe it (LSU Rural Life Museum) is the most important donation the university has ever received. Imagine, 450 acres in the middle of Baton Rouge never to be developed, to be a green space, to be just what is now with this Rural Life Museum in the middle of it. It’s unbelievable. A city of Baton Rouge’s size anywhere in the United States doesn’t have anything to compare. And to be so important, and its importance as the city grows and develops is even going to be more recognized. Simply, from if there was nothing else to be done but a green space.”

Throughout the many years of dedication to the LSU Rural Life Museum, Louisiana State University, and to the museum and tourism communities. Floyd has taught so many to understand, appreciate, and to respect the cultural aspects of our great state, Louisiana.