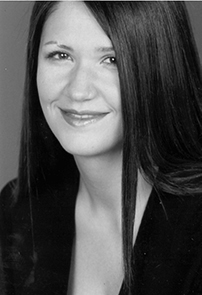 Serap Erincin is an artist scholar and cultural and media critic from Istanbul. Her research, creative practice, and teaching consistently deal with considerations of affect in social justice and experimental performance. She teaches and writes about how art, media, and public performances (e.g. protests) pose questions on otherness and identity regarding global issues such as class conflict, poverty, lack of free speech and how they act as a tool for social change. Her work persistently focuses on questions of home, belonging, and exclusion regarding minoritized identities to bring further visibility to global injustices through art and scholarship. Her courses and publications also examine the role new technologies and digital media play in advancing innovative techniques in contemporary performance, address internationally resonant topics such as displacement due to war or environmental catastrophes, and discuss infringements of human rights – especially violations towards minorities. Her creative research and practice in multimedia art and performance also engage issues of social justice and environmental concerns while employing cutting edge methodologies.

She is the recipient of many awards and fellowships and has presented her scholarship, live performances, and multimedia installations internationally on five continents and publishes widely on experimental performance and social justice performance. Her numerous articles appeared in prestigious international journals such as Performance Research, Dance Chronicle, Word and Text, and Frontiers: A Journal of Women’s Studies among others and scholarly books such as Theatre and Media,

Antigone on the Contemporary World Stage, and Théâtre et intermédialité. She is also the editor of the book Solum and Other Plays from Turkey and a special issue of Liminalities: A Journal of Performance Studies on silent and still resistance. Her translations include Sylmarillon and other works by J.R.R. Tolkien and G.K. Chesterton. She curated several symposiums and the Neurohumanities Initiative and Salons. She is currently working on three book projects, a monograph at the intersection of technology, science and the posthuman on psychophysical methods in experimental performance, another scholarly book at the intersection of social justice movements, ecology, and science studies on transglobal nonviolent protest performances, and a book documenting multimedia performances on social and environmental justice .

A writer, director, performer, and multimedia artist, she also has an extensive background in print and broadcast journalism having worked as a producer, editor, and reporter for major international networks such as CNBC and BBC World Service creating news and feature programs for TV and Radio with a specialty in arts and politics.

She worked with some of the most renowned companies and directors, both experimental and mainstream, in Istanbul and toured all over Turkey before moving first to London, UK, and then to New York where she continued to collaborate with theatre professionals and designed and developed original work while also pursuing her academic career. The plays she wrote and directed include Ofelias, Atrocity Boulevard, Connected, Inside “Out,” and Suppression of Absence. She was a resident artist at venues such as Catwalk Institute and the Borland Gallery. The installations in her solo exhibition Human Rights/Human Rites focus on the Syrian refugee crisis and the death penalty. Her multimedia installations such as Apex and Noah 0.2 degrees juxtapose social issues with narratives about endangered species.

Serap Erincin. Guest Editor, Special issue of Liminalities: A Journal of Performance Studies on “Resistance and Stillness” Vol. 12, No.3.

20. Serap Erincin "Performing the Other: Posthumanism and Mediatized Senses in The Wooster
Group's The Room" Forthcoming, Modern Drama. Vol. 65, No 2 (2022)*

Serap Erincin and Mark Ventura (trans.) All the plays in Solum and Other Plays from Turkey (Ed.)

As on the Page, Murathan Mungan

Serap Erincin (Writer and Director) Serap Erincin. Atrocity Boulevard. Theatre performance / Solo
Performance.
Funded and presented at The State Theatre, PA with support from the Boundaries
project Andrew B. Mellon grant and Institute for the Arts and Humanities
Fellowship. (2017)

Artistic Research Program for the Opening of the International Symposium
Boundaries of the Human in the Age of the Life Sciences (2017)
Produced by and premiered at the International Istanbul Theatre Festival and
festival partners. The French Institute Theatre (2009).
http://tiyatro.iksv.org/en/archive/festivalarchive/201/122

Serap Erincin (Writer and Director) Connected. Devised Play/ Performance. Lower East Side
Festival of the Arts (2006) produced by the Theatre for the New City.

Serap Erincin (Writer and Director) Inside “Out”. Devised Play/ Performance. Invited to be part of
the “Director’s Night” at and produced by the BRIC. (2004).
http://bricartsmedia.org/performing-arts/onstage-bric-archive/spring-2004/

Entire performance and artist interview produced as a feature documentary and broadcast by BRIC
TV as the sole subject of feature program. https://www.bricartsmedia.org/

Serap Erincin “They Are All Robbed of Their Innocence: On Mystic River, and an interview with
director Clint Eastwood and the Cast” Radikal, 10/25/2003

Serap Erincin “Performances All Along the Streets” Radikal, 11/08/2003

Serap Erincin “Drawn to the dark side: An interview with Johnny Depp” Sinema 02/01/2002

Serap Erincin “Always after the risky thing: An interview with Albert and Allen Hughes” Guncel
CNBC-e 11/01/2001