Just as Cinderella wore her apron for household chores and, upon its removal, was transformed, so were 20th century American women. With the onset of the new century, work aprons were essential components of women’s protective wear. As the century progressed, the garment became increasingly prominent in female clothing decisions, paralleling popular dress and reflecting much of the American cultural experience. By midcentury, apron wardrobes had become complex, with multiple forms chosen for multiple functions. Hardly utilized by the last decades, aprons and their period of greatest importance had passed.

In 1900, the majority of American women filled primarily traditional home roles, conducting their own housework or overseeing a single housekeeper or small housekeeping staff. Period women’s magazines supported a national interest in the informal and formal study of “domestic science”, or the science of the home, in home-based studies as well as studies to be included in university curricula. Advocating the importance of home-making as a legitimate vocation and discipline, Good Housekeepingmagazine proposed a traditional starched white apron paired with a matching cap as a the appropriate “uniform” for the profession.

Early 20th century magazines, catalogs, and apron pattern descriptions support increasing interest among women in decorative aprons, aprons whose purpose went beyond utility and professional image, aprons that mimicked the fashionable lace and embroidery-embellished "lingerie" dresses of the period and included activity-explicit party garments such as chafing dish aprons for popular table-top entertaining. As attractive accessories to female dress, aprons were also seen as serving yet another purpose by one newspaper needlework column when it advised, "The hero may pop the question ... in the ballroom, but he probably decided to do it when he saw her in the kitchen."

Needlework was an important pastime for women throughout the first quarter of the century and continued to be visible as apron wardrobes increased in size. A 1926 retailer’s wardrobe plan for a homemaker advised careful selection of just five day dresses and three pairs of “step-ins”, or panties, but also one dozen linen handkerchiefs, two novelty handkerchiefs, and six aprons--more aprons than underwear!

Housekeeping apron silhouettes and fabrics continued to mirror western fashion into the 1950s when women’s apron wardrobes ballooned in size and content variation. Apron use had reached its all-time apex when Simplicity Pattern Company marketed its “poodle skirt” apron pattern, one of the most unique examples of mid-twentieth century women’s insatiable appetite for fashion aprons. One issue of McCall’s Needlework & Crafts Annual publication illustrated the extent of reader interest by featuring almost 40 aprons spread out over 17 full pages. Apron craft work included ordinary kitchen dish towels converted to crochet-trimmed aprons, ready-made handkerchiefs attached as apron pockets or sewn together to form an apron’s skirt, aprons designed to co-ordinate with table linens, and pre-printed flocked nylon yardage ready for cutting and assembly. Aqua blue and pink appeared on period cars as well as home appliances, in fashionable dress as well as aprons whether part of matchmaking mother, daughter, doll set—made of cross-stitched or smocked gingham—or trimmed in popular ball fringe. 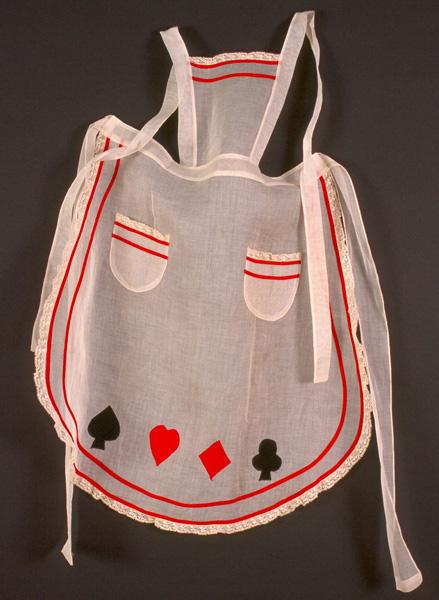 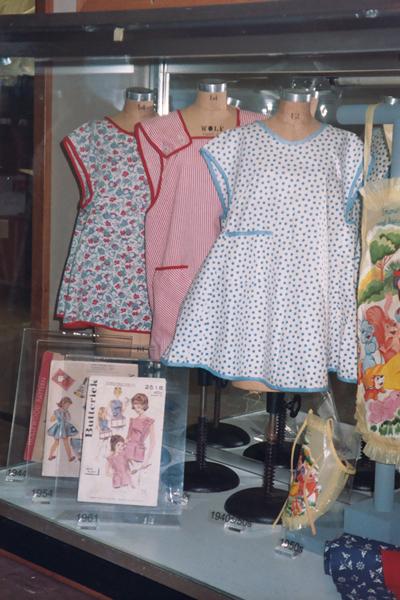 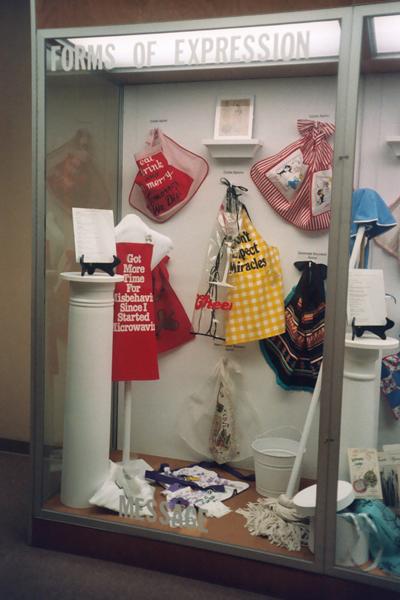 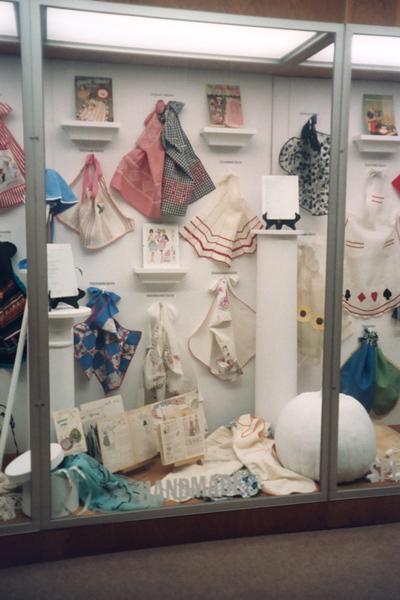 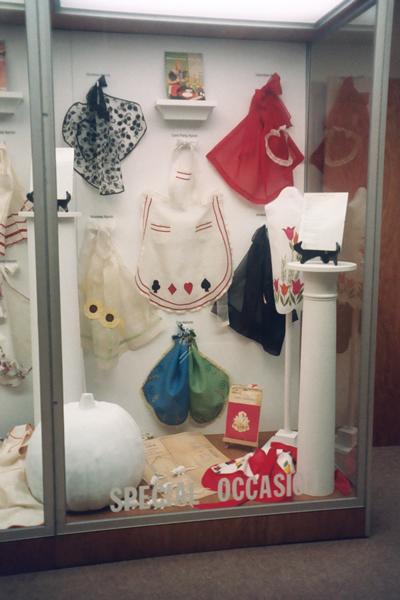 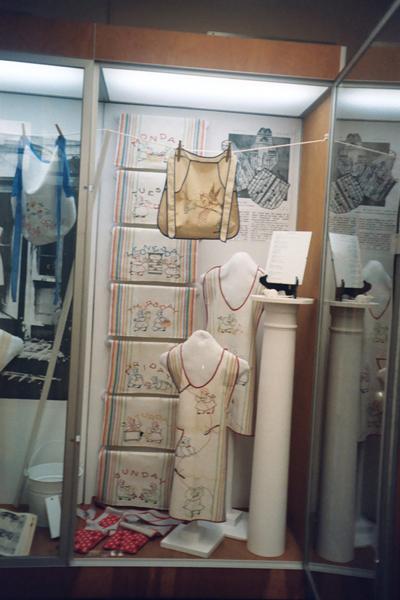 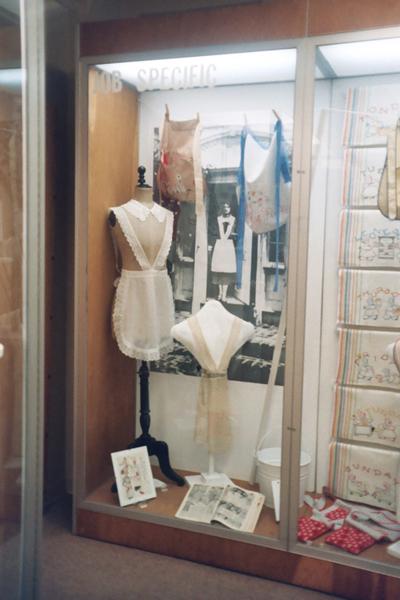