Quilts of the Cane River Plantation

The plantation culture that developed along the Cane River did so under the influence of the French, Spanish, and American governments. Natchitoches, the northernmost town along the Cane River in northwestern Louisiana, was the first European settlement in the Louisiana Purchase. It was founded by the French in 1714, four years before the founding of New Orleans. Along side the white Creole society, a wealthy and cultured colony of Creoles of color was founded by a family of freed slaves.

The invention of the cotton gin in 1793 helped to make large scale cotton production a profitable venture. A resident of Cane River, Jean Pierrie Emmanual Prudhomme (1762-1845), is reported to have been the first person to plant cotton on a large scale west of the Mississippi River. Yucca House on Melrose Plantation is the original Colonial residence and one of the earliest plantation homes in the area. It dates from 1796, the same year that Louis Metoyer, the son of a freed African slave, obtained a grant for the land. The "big house" that stands today at Melrose is an early Louisiana type plantation home dating from 1833. It was begun by Louis Metoyer but completed by his son. Ownership of the plantation has changed several times over its more than 200 year history. Its last residential owners were the family of John Hampton Henry who moved to the plantation with his wife Carmelite (Cammie) Garrett Henry in 1898.

The original large plantation home at Magnolia Plantation was built in the early 1830s and was burned during the Civil War. It was rebuilt by the family in 1896 utilizing the original brick foundation, walls, and pillars that had remained intact after the fire. Ownership of Magnolia Plantation has remained in the same family since the original French land grant to Jean Baptiste LeComte II in 1753 and the subsequent Spanish grant in 1787 to his son Ambrose LeComte who founded the plantation. As was the case in the early years of Magnolia, many southern plantations existed without the large homes that are commonly associated with them. The establishment of plantation homes introduced domestic activities, including quiltmaking, to plantation life.

Just as the plantations and their families have adapted to changing conditions that have occurred since the first French land grants were obtained, so have the styles of quilts that were produced. No quilts made along the Cane River during the 18th and early 19th centuries are known to have survived. The difficult years during and shortly after the Civil War also took their toll on quilts of the mid-19th century.

Quilts from Melrose and Magnolia Plantations provide contrasts from a number of different aspects. Many of the quilts from Melrose were made on the plantation itself by members of the Henry and Garrett families while in residence there. However, all of the quilts from Magnolia Plantation were made elsewhere and brought to the plantation by family members. This difference seems to be a reverse of what would be expected, because Magnolia has remained in the same family while Melrose has changed family ownership four times. However, many personal items from Magnolia were lost during the Civil War. Quilts are transferable items of domestic inheritance and both the quilts and the women who valued them were mobile. As women married and moved from plantation to plantation, cherished quilts often were taken with them.

A white, whole-cloth quilt with the inscription; Elizabeth Compton 1853; as its central motif is reminiscent of 18th century French needlework from Marseille! even though it lacks cording. Although Compton is an English name, Elizabeth's mother was of French descent and a granddaughter of one of the early residents of Natchitoches. A traditional red and green quilt was also brought to Magnolia Plantation following the war. Family history indicates that this quilt was from Homeplace, a sugar plantation near Meeker, Louisiana, and used on the infant bed of John Compton (born 1857). John's mother was Ann Amelia Vaughan from Natchitoches.

This classical floral quilt is similar to others that were made at this time in well established rural communities. Quilts of this style are not known' to have existed much earlier than 1820(2)

Quilts from Melrose Plantation also offer some interesting information about quilting in the region. The batting is thick, lofty, and plump in several utilitarian quilts and nonexistent in an applique quilt from the antebellum period. The antebellum quilt was made for display, and the utilitarian quilts were made for warmth. Thick batting has been noted as a regional characteristic of quilts from the southern cotton states. Cammie Henry was plantation mistress of Melrose from 1898 to 1948. She is known for her interest in Louisiana history and as a patron of both the visual and literary arts. Like other plantation quilters, her quilts range from plain to fancy.

The noted black female folk artist, Clementine Hunter came to Melrose Plantation to work in the fields and later became a domestic worker for "Miss Cammie" in the 1920s. While living there, she made numerous quilts along with other artistic works. Quiltmaking was important enough to her that a self portrait depicts her making a quilt. As late as the 1970s she was still making quilts, some of polyester fabrics. The impact of color in her simple country quilts reflects her skill as an artist in the medium of cloth as well as the medium of paint.

Thus, quilts from Cane River plantations illustrate regional and national quilting trends of the times they were produced, as well as the personal tastes and skills of the makers. Quilts and quiltmaking play an important role in women's history within Louisiana. They are a testimony to the practicality of quilts as well as to the enjoyment and beauty of the needlework that encompassed residential plantation life.

A typical quilt is composed of three major parts: the top, the batting, and the backing. Quilting can be viewed from three different aspects: the object, the process, and the maker. All of these are influenced by the culture in which they are produced and are addressed in the exhibition, Quilts of tlle Calle River Plantations.

The quilts in the exhibition have been brought together for the first time and span over 100 years of southern quilting. Associated tools, period artifacts, photographs, and related aspects of family and plantation histories are exhibited with the quilts to enhance the interpretation of female quiltmakers and plantation culture in Louisiana history.

The stitching together of two layers of fabric with a layer of batting between are the defining characteristics of a typical quilt. Most quilts are pieced and stitched to form decorative patterns and motifs that enhance their aesthetic value, while layering enhances their functional value as warm bedcoverings. In Colonial America, a quilt commanded a higher monetary value than its single-layer woven counterpart, the blanket. This also held true in late 19th century Louisiana and is illustrated by the succession records of Ambrose LeCompte II of Magnolia Plantation. Upon his death in the 1880s, quilts in his estate were valued at $3.00 each, as compared to white spreads valued at 75 cents each, blankets at 50 cents each, and a cow at $10.00.

Both fancy and plain quilts are shown together as domestic products used by the planter families in one of the oldest plantation areas in Louisiana. Cane River quilts illustrate the development of American quilting in both size and style. A variety of quilt types, such as wholecloth, block, applique, pieced, embroidered, scrap, and purchased-fabric quilts, are represented. The women who made the quilts used their own artistic creativity while following popular trends. Family history and sentimental attachments are evidenced through the passing of the quilts from one generation to the next. The women and their quilts provide an intimate view into the lifestyles behind the pillars and porticos of the plantation homes. 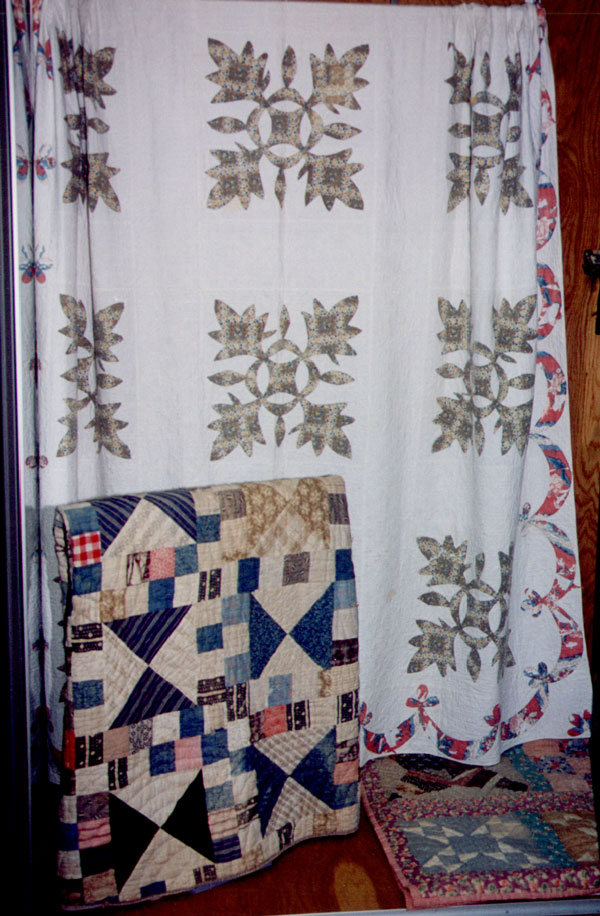 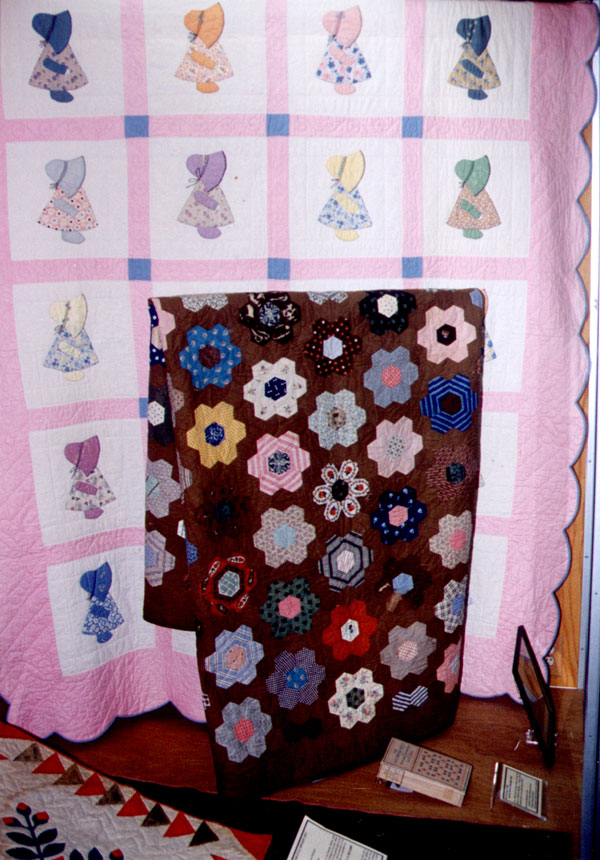 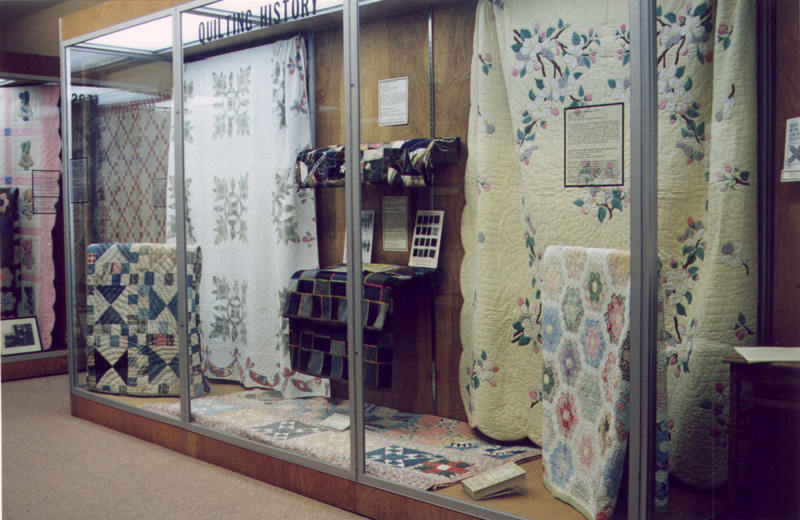 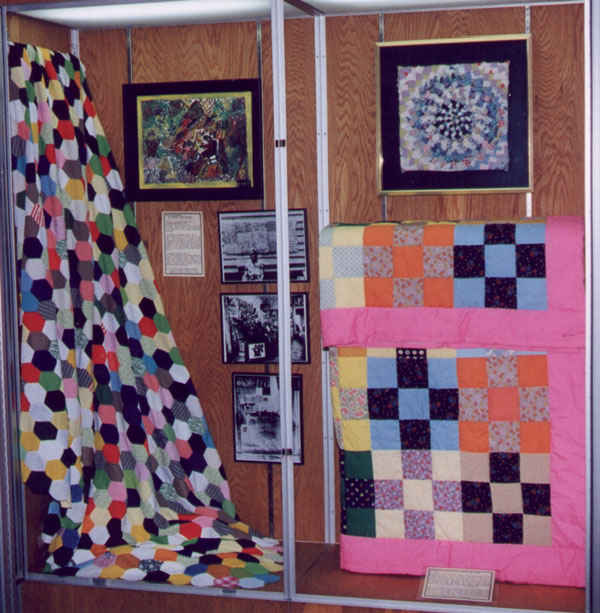 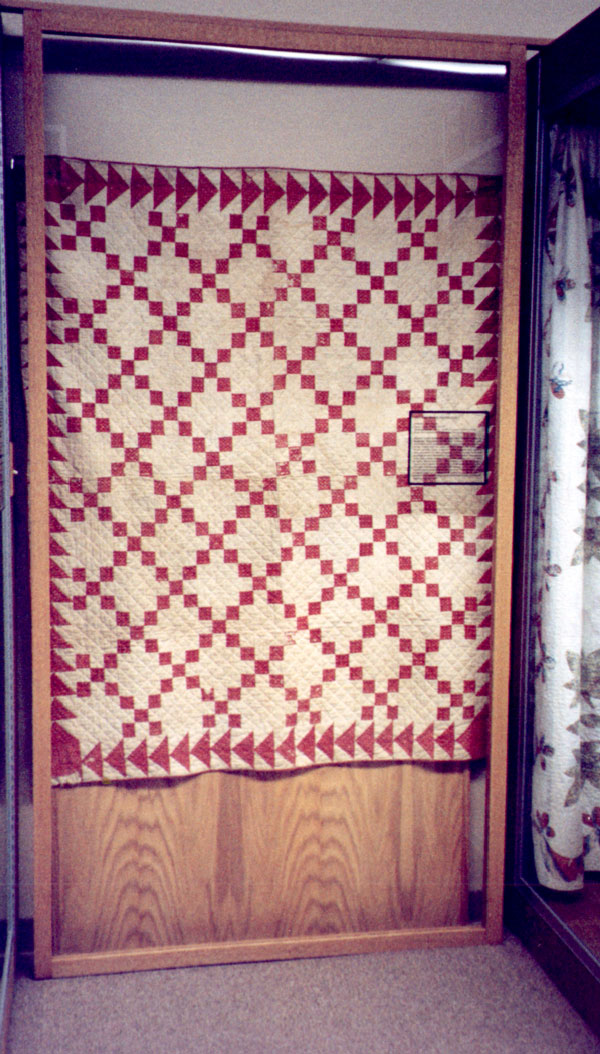 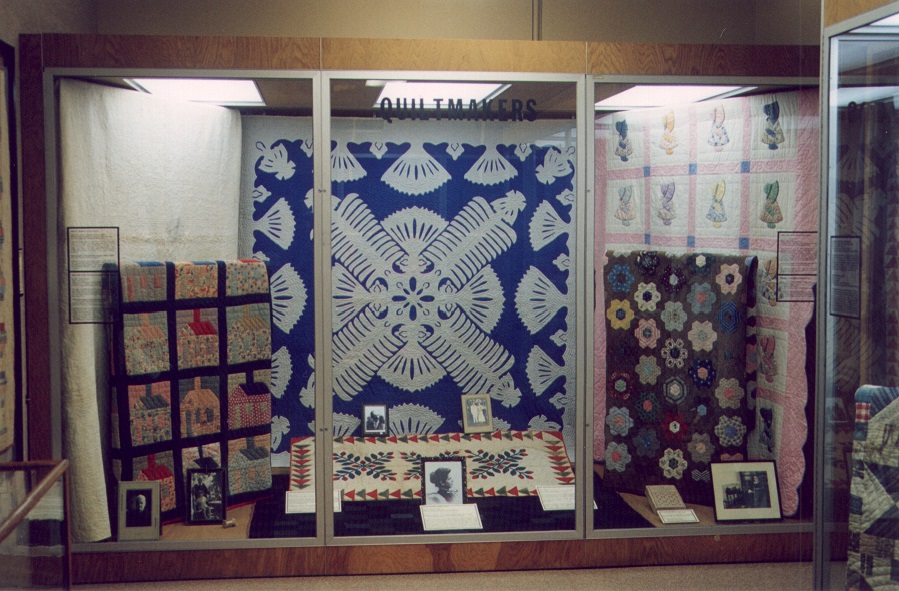 The information contained in this virtual scrapbook was taken from the publication that was issued in conjunction with the exhibition "Quilts of the Cane River Plantations," held in the LSU Textile and Costume Gallery from March 1 through May 29, 1998.

About the Lecture Series

May 17, 1998
"The History and Identification of Southern Quilts"
by Mary Lohrenz of Jackson, Mississippi

The items featured on the brochure are part of the Collection of Magnolia Plantation.

The virtual scrapbook was compiled by Dr. Monica Santaella