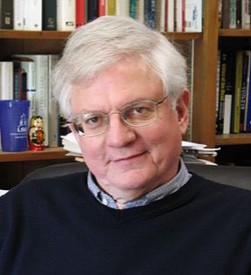 The continuing battle over the memory of the Civil War

The South since the Civil War; memory; American religion

“A Christian Nation: Signs of a Covenant,” in Bonds of Affection: Americans Define Their Patriotism (Princeton U. Press, 1996)
“Guilt Over Slavery: A Historiographical Analysis,” The Journal of Southern History 56 (November 1990)
“Coming to Terms with Defeat: Post-Vietnam America and the Post-Civil War South,” The Virginia Quarterly Review 66 (Winter, 1990)
“Woodward and Southern Identity,” The Southern Review 21 (April 1985)

Moral Reconstructions:  Christian Lobbyists and the Federal Legislation of Morality, 1865-1920; Ghosts of the Confederacy:  Defeat, the Lost Cause, and the Emergence of the New South, 1865-1912; The Demands of Humanity:  Army Medical Department Disaster Relief