“We congratulate Katie Davis, Jackson Green and Syed Akbar Zamin on being awarded the prestigious Goldwater Scholarship,” said LSU President F. King Alexander. “These three students join a long line of Goldwater scholars from LSU, and we can’t wait to see what else they will accomplish in their academic and research careers.”

For the 2019 competition, 443 institutions nominated 1,223 outstanding undergraduates. Sixty-two Scholars are mathematics and computer science majors, 360 are majoring in the natural sciences, and 74 are majoring in engineering. Goldwater Scholars are awarded one- and two-year $7,500 stipends to pursue undergraduate research in the fields of mathematics, the natural sciences, or engineering.

According to the Goldwater Scholarship Foundation, this is the first time in its history the Foundation will be naming 496 scholars in a single competition year. This became possible with support from Congress and in collaboration with the Department of Defense National Defense Education Program. 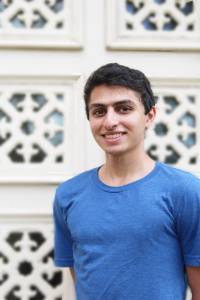 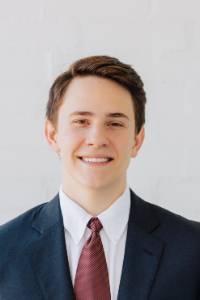 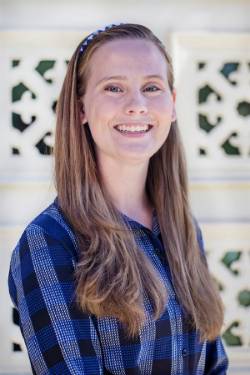 Davis is an Ogden Honors College junior Stamps Scholar studying wildlife ecology in the LSU College of Agriculture and Spanish in the LSU College of Humanities and Social Sciences. Under the direction of Sabrina Taylor, Davis is investigating an anecdotally reported range expansion and contraction of the species Bachman's Sparrow in the early 20thcentury and comparing it to studies of the Field Sparrow. This research may inform the habitat needs of Bachman's Sparrow, a near-threatened species, and contribute to a further understanding of how genetically based variation in personality relates to species distribution. After graduation, Davis plans to pursue a Ph.D. in conservation biology.

Green is a sophomore studying Cell Biology in the LSU College of Science and is part of the Ogden Honors College. His research in Ryoichi Teruyama’s lab focuses on the study of oxytocin receptors and their expression in mouse retina, which have revealed a sexual dimorphism in the mice retina. After graduation, Green plans to pursue a combined MD/Ph.D. in behavioral neuroscience.

Zamin is a junior studying Biomedical Engineering in the LSU College of Engineering. Under the leadership of Myungwoong Kim and Jangwook Jung, Zamin’s research focuses on the characterization of a new biomaterial of collagen-lignin. Lignin has the ability to modulate mechanical properties without creating the issues of cytotoxicity and immunogenicity. After graduation, Zamin plans to pursue a combined MD/Ph.D. in biomedical engineering.

The Barry Goldwater Scholarship and Excellence in Education Foundation

Congress established the Barry Goldwater Scholarship in 1986 to honor Senator Barry Goldwater, who served his country for 56 years as a soldier and statesman, including 30 years in the U.S. Senate. The scholarship was designed to alleviate a critical, current and future shortage of highly qualified scientists, mathematicians and engineers.

The Ogden Honors College, established in 1992, is a vibrant, diverse and prestigious community located at the heart of LSU. The Ogden Honors College provides students with a curriculum of rigorous seminar classes, as well as opportunities for undergraduate research, culminating in the Honors Thesis. Its focus on community service, study abroad, internships and independent research helps today’s high-achieving students become tomorrow’s leaders.

The College of Humanities & Social Sciences

The College of Humanities & Social Sciences offers a diverse range of courses, minors, and degree programs that are critical to success in today’s global market. Students, faculty, and staff are visionary leaders in their respective fields, a tradition of excellence that began with the college’s inception in 1908. For more information on the College of Humanities & Social Sciences, visit lsu.edu/hss.

The LSU College of Agriculture offers dynamic and transformative academic experiences in agricultural sciences through innovation and collaboration in a diverse, supportive and personal environment.

The LSU College of Science is an international leader in scientific research and instruction, elevating LSU to the highest level of excellence among major research universities in the U.S. and abroad. The college consists of five academic departments including biological sciences, chemistry, geology & geophysics, mathematics, and physics & astronomy, and the LSU Museum of Natural Science. Seven major fields of study and more than 20 concentrations are available to LSU students interested in pursuing a science major at LSU. College of Science students make up nearly half of LSU’s top graduates. For more information on LSU’s College of Science, visit lsu.edu/science.

Founded in 1908, the LSU College of Engineering offers 11 undergraduate degree programs and confers approximately 650 bachelor’s degrees per year, ranking it in the top 10 percent nationally for graduates. Faculty members engage in education, research, and commercialization with a strategic focus on research indigenous to Louisiana: energy, manufacturing, natural & built infrastructure, computation and biotechnology. For more information about LSU's College of Engineering visit lsu.edu/eng.

More news and information can be found on LSU’s media center, www.lsu.edu/mediacenter