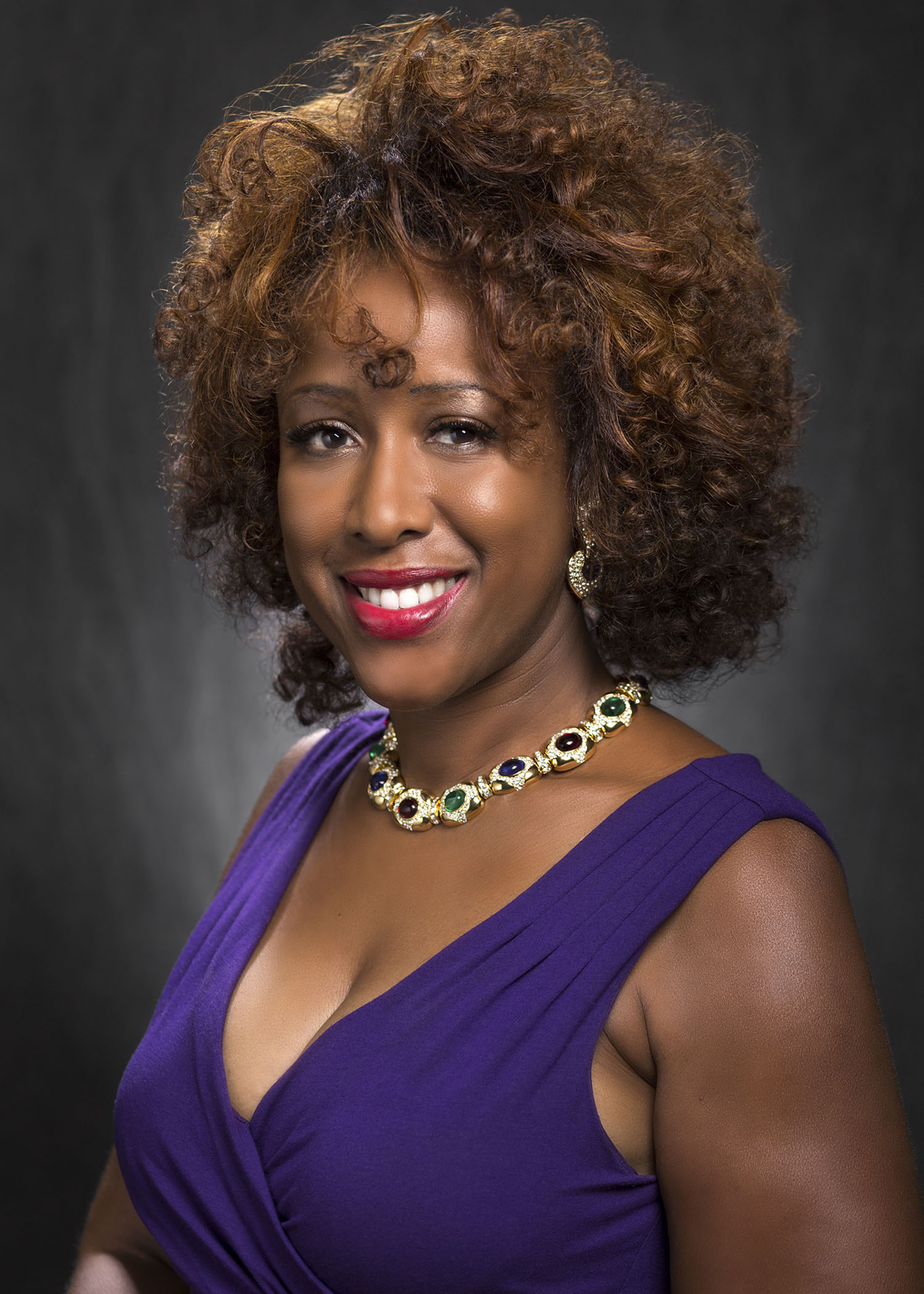 Cassandra Chaney is a Black families’ scholar with broad interests in the formation, structure, and function of Black families. In particular, her research examines the narratives of single, dating, cohabiting, and married Blacks, as well as how religion and spirituality support these families, both historically and today. Using a variety of theoretical lenses, she qualitatively explores intimacy and commitment in Black heterosexual relationships, emphasizing how demonstrations and perceptions of masculinity/manhood and femininity/womanhood shape this discourse

In addition, her research also pinpoints factors that contribute to enduring Black marriages. Chaney also critiques the portrayal of Black families in various forms of mass media (e.g., television, screen, song lyrics). Given the unique challenges of Black families, her research provides recommendations regarding how policy can better meet the needs of Black families who experience heightened rates of incarceration, unemployment, weakened family structures, and racism.

Most important, her scholarship is rooted in a strengths-based perspective and is devoted to emphasizing the various ways that Black families remain resilient in the face of these challenges. Her work has been published in Ethnicities, Family Relations, International Journal of Qualitative Studies in Education, International Journal of Religion and Society, Marriage & Family Review, Journal of Comparative Family Studies, Journal of Family Issues, the Journal of African American Studies,Forum for Family and Consumer Issues, Negro Educational Review, the Journal of Religion and Spirituality in Social Work: Social Thought, Religion & Society, Religion, Mental Health, & Society, and The Western Journal of Black Studies.

Chaney, C. (2018). “Look how strong he is:” Social media messages and the communal mothering of Kodi Gaines. In When All Else Fails: Motherhood in Precarious Times. (pp. 63-82). Edited by Dannielle Joy Davis, Anita Dolman, and Barbara Schwartz-Bechet Bradford: ON: Demeter Press.

Chaney, C., Culbreth, D., David, D. J., & Davis-Maye, D. (January 10, 2017).  “BlackWomens’ Return to Joy: Addressing Trauma and Healing.” Academic Forum (January 8-10, 2017) in Honolulu, Hawaii. This presentation features analysis of the National Girls and Women of Color Council Radio Broadcasts, which examine the self-love, self-esteem, self-identity, self-pride, and self-respect among African American women. Summary of select broadcasts will follow analysis using the concept of thriving as a conceptual framework and will address the following foundational questions: How do Black women thrive amidst life trauma? What strategies are employed to prompt mental and emotional healing?

Chaney, C. (June 1, 2016).  "The Talk." The Advice Black Parents Give Their Sons When They Encounter Police (1.5 General CEUs). 2016 Families in Focus Summer Seminar, University of Louisiana at Monroe (ULM), Monroe, Louisiana. This presentation will examine the advice African American parents give their sons regarding how to respond when they encounter members of law enforcement (police). Since African Americans are more likely to be victims of racially-biased policing (Meng, Giwa, & Anucha, 2015; Stewart, Baumer, Brunson, & Simons, 2009; Weitzer & Tuch, 2005), many African American parents have found it critical to educate their sons on how to conduct themselves before they encounter police.

Chaney, C. (March 16, 2016).  “Chains of Psychological Enslavement: Olivia Pope and the Celebration of the Black Mistress in ABC’s Scandal.” Southern University Law Center’s (SULC) Law Week Featured Speaker. Through the use of the Black female tropes identified by Collins (1997) and Stephens and Phillips  (2003), DeGruy-Leary’s (2005) Post-Traumatic Slave Syndrome, and Kambon’s (2006) African-Self-Consciousness and Cultural Misorientation Model, I argue the televised celebration of Olivia Pope, a politically successful Black female mistress simultaneously objectifies Black women, minimizes the historical and contemporary position of white men and Black women in America and keeps Blacks in a state of psychological slavery.

Chaney, C. (February 9, 2016).  “Is There a Heaven for a Gangsta? Hip Hop, Spirituality, and Heaven.” National Association of African American Studies Conference (NAAAS) (February 8-13, 2016), Baton Rouge, Louisiana. A content analysis was conducted on the lyrics of 26 Hip Hop songs to identify how Black Hip Hop artists’ depictions of heaven informs their spirituality. The songs were released between 1993 and 2015 and Phenomenology was the theoretical foundation on which the themes were identified. I propose that Black male Hip Hop artists create a heaven that reflects their own experiences, values, and traditions, envision a heaven where the weak and oppressed would be vindicated from the indignities suffered on earth as well as a way to connect with dead loved ones. Essentially, Black male Hip Hop artists’ expressions of heaven acknowledge racial experiences, demonstrates their belief in God and/or a Higher Power, their need to communicate with God and/or a Higher Power, their need to seek the direction of God and/or a Higher Power, motivates them to create positive change in their communities, and to perceive heaven and/or the afterlife in ways that are based on their earthly relationships and experiences. This study was led by the following question: How is heaven described by Black males in Hip Hop? Qualitative examples were provided to support each of the aforementioned themes.

Robertson, R., & Chaney, C.  (October 24, 2015). The Portrayal of Black Men as the Embodiment of Societal Evil. Mid-South Sociological Society, Lafayette, Louisiana. The primary goal of this presentation was to present a socio-historical framework for contextualizing the negative portrayals of Black men before and after the assault of Janay Rice by her then boyfriend (now husband) Ray Rice. In addition, the presentation discussed White Supremacy & Its Destruction of the Black Man, Negative Media Images of Black Men, and highlighted portrayals of Black Men as Evil in Hip-Hop, Black Men and Domestic Violence, offered recommendations to End Domestic Violence and recommended Directions for Future Research.

Chaney, C., & Brown, A. (February 15, 2014).  “Is Black Motherhood A Marker of Oppression or Empowerment? Hip-Hop and R&B Lessons about “Mama.” National Association of African American Studies Conference (NAAAS) (February 10-15, 2013), Baton Rouge, Louisiana. A qualitative content analysis was conducted on the lyrics of 59 songs (40 Hip Hop songs; 17 R&B songs; 2 songS that represented the Hip Hop and R&B genre) from 1961-2013 to identify the ways that Black male and Black female artists described motherhood. The songs were determined by Billboard Chart Research Services, and Black Feminist Theory provided the theoretical foundation on which the themes were identified.

Chaney, C., & Robertson, R. (February 13, 2014).  “Media Reporting of the Sandy Hook Elementary School Angels.” National Association of African American Studies Conference (NAAAS) (February 10-15, 2013), Baton Rouge, Louisiana. The first goal of this presentation is to examine how often the most frequently visited sites on the Internet used the word “angels” to describe the child victims of the Sandy Hook massacre. To accomplish this goal, we examined the headlines provided by 53 of the most-frequented Internet sites as well as the sources of these sites.  The second goal of this study is to examine the circumstances by which Black children are murdered, as well as the word “angels” is used when referring to deceased Black child victims. To accomplish this goal, we examined the words used by the media to describe the murdered Black children in Chicago in 2012. The third goal is to discuss racial implications that underlie the words used in the media to report the deaths of child victims.

Chaney, C. (January 28, 2013). “The Conversation: How Black Men and Women Can Build Loving, Trusting, Relationships” (Black Graduate Professional Student Association, BGPSA) @ 6:00 – 7:30 pm. The purpose of this invited presentation was to facilitate dialogue the expectations that Black men and women have for one another in regards to romantic relationships.

Chaney, C., & Robertson, R. (February 16, 2013).  “Can We All Get Along?” The Legacy of Rodney King.” National Association of African American Studies Conference (NAAAS) (February 14-19, 2013), Baton Rouge, Louisiana. The first purpose of this presentation was to examine the headlines that were provided by the five major news source websites, namely ABC, CBS, CNN, FOX, and NBC news to report the death of Rodney King, to discuss what Rodney King’s words reveal about his world view, especially as it relates to self and others, as well as articulate the legacy of Rodney King

Chaney, C. (April 10, 2014). Prairie View A&M College 9th Annual Research Symposium.  The theme for this year’s symposium is “Making a Difference One Study at a Time.”  The mission of the College of Juvenile Justice & Psychology and the Texas Juvenile Crime Prevention Center, symposium sponsors, is to reduce and prevent juvenile delinquency and crime in the State of Texas.  Two of the primary objectives are to increase knowledge of educators, practitioners, and     others by conducting research and evaluation relating to psychology and juvenile crime and to improve knowledge and skills of students in psychology and criminal/juvenile justice by offering undergraduate degrees, graduate degrees; and continuing education. This symposium allowed students, both undergraduate and graduate, the opportunity to discuss their research projects in one-on-one settings with other scientists in their respective fields. Students compete for awards and confer their findings with peers, administrators as well as local communities. During her riveting, encouraging, and interactive presentation, Dr. Chaney will discuss the historicity of several laws in Texas that have had deleterious effects on the contemporary experiences of Black youth, their families, and communities. Dr. Chaney will strongly encourage those students who are actively engaged in research to continue their pursuit and inspire those who have yet to begin to move forward in conducting and evaluating research in all areas relating to juvenile crime and delinquency.