In December of 2018 colleagues Dr. Petra Hendry, Dr. Paul Eaton, and I completed a book titled Troubling Method: Narrative Research as Being. The countless hours of dialogue that went into the text caused me to think critically about the stories that shape our day-to-day encounters and ultimately the way we see ourselves and are perceived by others. For example, as we start Black History month, narratives about African Americans are often understood through the prism of the nation’s ongoing struggles with race and racism. In Louisiana, the state that has the second largest number of African Americans in the U.S. (42%), these narratives often devolve into two competing notions.

On the one hand, until recently Louisiana had the world’s highest incarceration rate and despite the state’s progress in this area it still endures challenges associated with significant wealth disparities and struggling schools. Numerous studies have highlighted the relationship between economic and racial opportunity gaps and achievement gaps. According to the Schott Foundation’s Loving Cities Index executive summary...

Individually poverty and struggling schools signal a poor quality of life for all citizens. Collectively they disproportionately impact African Americans and specifically Black men and boys. The resulting narratives of enduring the negative social factors associated with crime, poverty, and poor educational outcomes at increased levels, has caused being Black and male to be largely synonymous with the most negative aspects of American life. 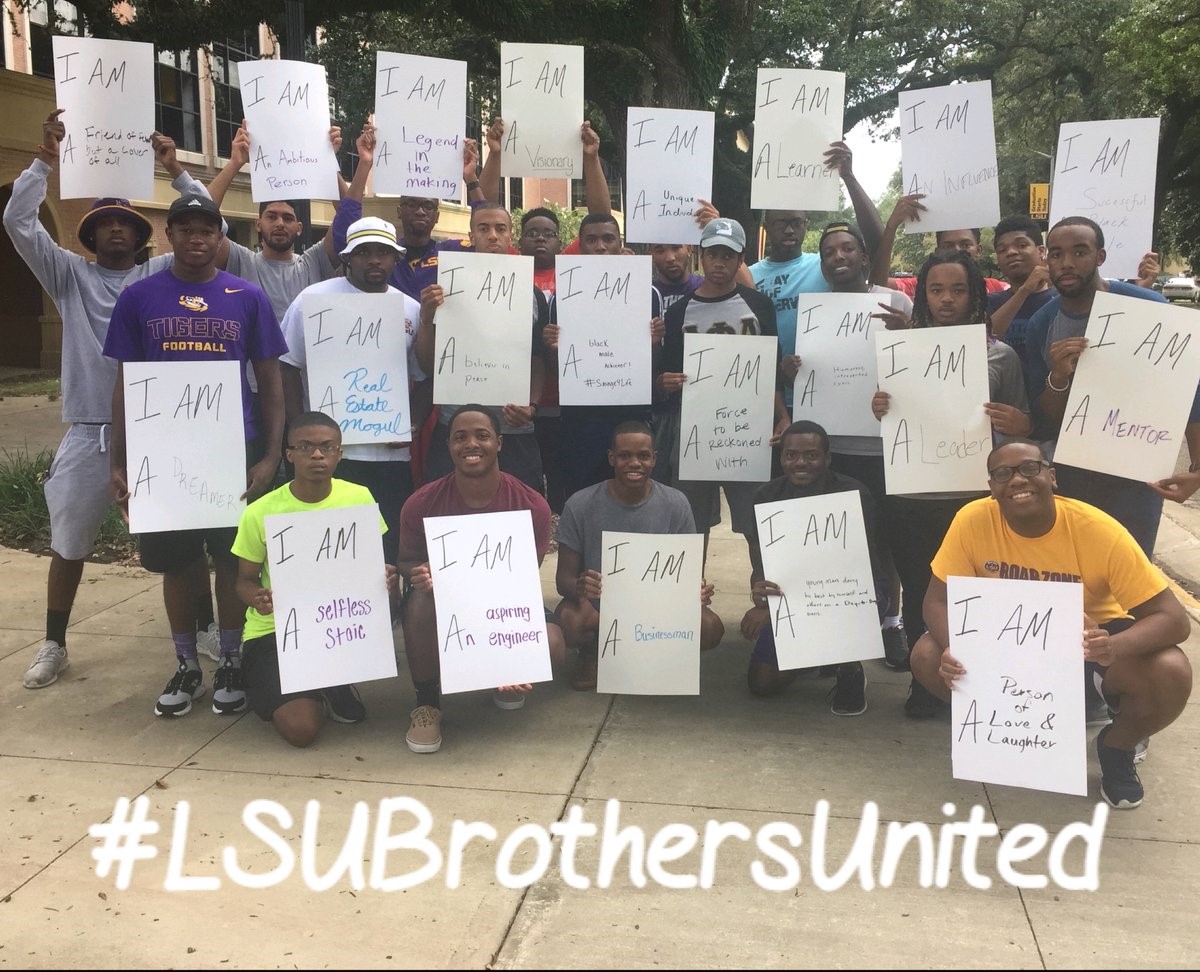 The other side of this negative depiction of Black men and boys presents a narrative rife with a litany of noble accomplishments by African Americans from Dr. Martin Luther King Jr. to the nation’s 44th President, Barack Obama. This “striving for success image” of Black exceptionality forwards a much more positive narrative than a focus on “crime, poverty, and failing schools”. However, it also disproportionately focuses on Black men to the exclusion of Black women and still seems disconnected from the experiences of the average Black man. In both cases singularly depicting Black boys and men as dangerous victims or noteworthy victors, presents a story that seems unrealistic and is ultimately more representative of how little control Black folks have over the stories that are told about themselves than reality. Moreover, even as a Black man who actually studies the impact of cultural difference on schooling, and has been Black every day of my life, these narratives seem unfamiliar.

According to the National Center for Educational Statistics African American men make up 3% of college faculty and 1.8% in U.S. K-12 public schools.

Against this backdrop of a limited number of Black men teaching and incomplete narratives about the lives and experiences of students of color, it should come as little surprise that teachers often struggle at providing meaningful educational service to students of color and particularly Black men and boys. And honestly, how can you teach a population that you do not know? For the purpose of this short piece I would like to provide some advice based on my research about teaching African American men and boys (Mitchell, Wooten, Landry-Thomas, & Mitchell, 2017; Mitchell, 2010; Mitchell, Wood & Witherspoon, 2010; Mitchell and Rosiek, 2006) grounded in my experiences of being a Black man in classrooms that rarely if ever understood my educational needs.

My advice is framed in three straightforward suggestions:

In July of 2011 along with colleagues from the LSU Writing Project I launched the Teaching African American Boys Summer Institute (TAAB). The aim of TAAB was to introduce practicing teachers to engaging activities, relevant literature, and candid dialogue with students, faculty, community members, and others with specific expertise in relating to African American boys. The aspect of TAAB that I found to be most powerful were the moments when practicing teachers had an opportunity to engage Black male college students who had successfully navigated K-12 schooling. In these instances teachers actually had occasions to pause, become students, and reflect on specific moments of their engagements with the Black male students they were currently teaching.

B. To Develop Meaningful Instructional Relationships Teachers Must Make Themselves Students of Their Students: The Louisiana Summit on African American Male Educational Success

In November of 2012 (and later in 2014) along with the LSU Curriculum Theory Project, colleagues from Southern University, the 100 Black men of Baton Rouge, and several local businesses, I facilitated the Louisiana Summit on African American Male Educational Success. The Summit sought to bring strategies developed here at LSU to the forefront of a nationwide conversation about improving educational outcomes for African American men. During this era (2008-2013) the School of Education’s Higher Education Administration (HEA) program graduated Black male doctoral students at six times the national average. These numbers were so astounding that the HEA faculty conducted a self-study to figure out what factors led to our attracting, retaining, and graduating these phenomenal students. In the end we found that having Black men as faculty, telling an inclusive story of who we were as a program, being explicit about high standards, and simply believing that all of our students were capable of success was critical. Not only were the current Black men in the program successful while at LSU, but as they graduated they went on to be university presidents, endowed chairs, faculty, and principals who later attracted even more exceptional men of color to the HEA program.

At the postsecondary level, the U.S. Department of Education reports that at 39%, the six year graduation rate for Black students is significantly lower than their white counterparts. Further, when aggregated by gender Black men graduate at 33% compared to 44% for Black women. The LSU Black Male Leadership Initiative was designed to improve the retention, graduation, and participation rates for Black male students through mentoring, leadership development, and academic support, while connecting them with faculty, staff, and the broader community. Evaluation of the data from the program’s implementation attests to the astounding success of BMLI. The 5-year graduation rate for BMLI fellows is higher than the general university graduation rate. Consequently BMLI illustrates a record of educational success with a population that has historically been underrepresented in higher education and in a region with a large number of the target population in crisis. Additionally, BMLI fellows coordinate the annual “LSU BMLI Preview Day” for Black male 7th to 9th grade students and participate in team building activities with them throughout the year. Those middle school students who attend our “LSU BMLI Preview Day” become Junior BMLI Fellows, upon completion of the programs events.

My purpose in outlining this more than a decade of educational service to Black men and boys is two-fold.

First recognize that there is nothing particularly race-based or essentially Black and male about these activities. Despite the fact that they are geared toward a population that is typically framed as being in “crisis,” regardless of a student’s race or gender, seeking to build educational relationships by truly knowing your students and helping them establish meaningful relationships amongst themselves and the broader community is best practices for all students.

Recognize that I am speaking of each of these activities in past tense, meaning for the most part they have all evolved and in some cases are no longer in existence. These practices were all designed to address a specific set of challenges in unique settings. However, had we continued with the exact same programming as times changed they would have become less effective because the environment we teach in and the challenges we are attempting to address are constantly evolving. Critical theorists consider issues like racism and poverty chronic social maladies that have historically and for the foreseeable future functioned as constants in human communities (Delgado & Stefancic, 2001). So as we prepare new educators, administrators, and policy makers we have to be intentional in preparing them to be life-long learners prepared to fluidly shift from being decision makers to students to address these enduring social maladies. 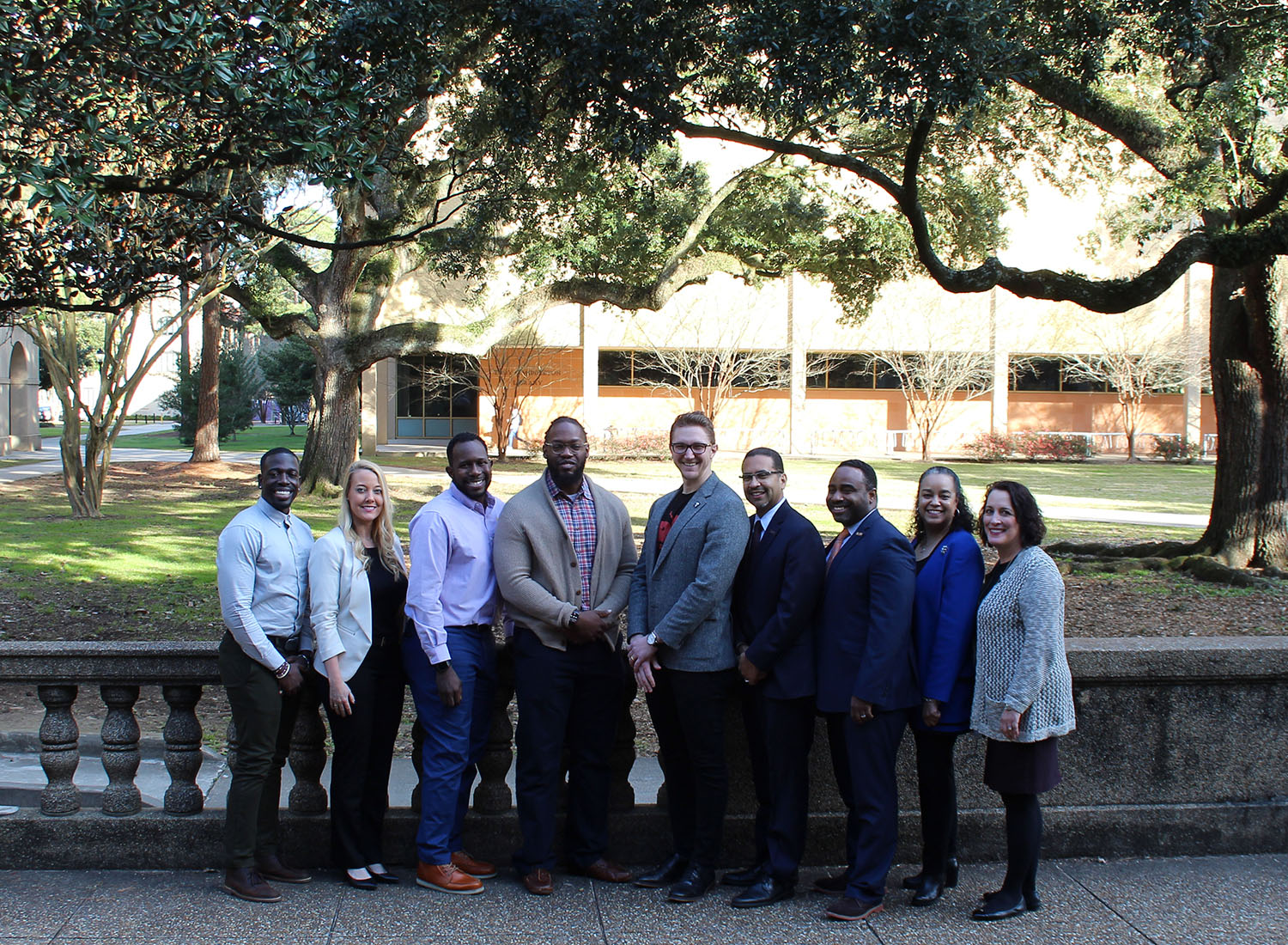 Finally, just as in the case of TAAB, the Summit, and BMLI, there must be a public component to pull it altogether in a manner to establish new stories and dialogues in a communal problem solving manner. The current iteration of this public working group to improve educational outcomes for Black men and boys can be found in Louisiana Governor John Bel Edwards’ Council on the Success of Black Men and Boys. The Governor has charged the Council with transforming the lives of Black men and boys in Louisiana through thought-provoking, action-oriented plans to create pathways to success. As the Council takes up this charge we will continue the previously outlined three-fold plan of building relationships, learning alongside the Black men and boys we serve, and building community. In the end we will provide a forum to author a new story concerning African American Educational success for Black History Month 2019.

Roland Mitchell is the Interim Dean for the College of Human Sciences & Education. Dr. Mitchell has authored six books and numerous other scholarly works that have appeared in leading educational journals. He is the co-editor of The Crisis of Campus Sexual Violence, which was awarded an Outstanding Academic Titles award and highlighted on the Top 25 Favorites list of the Choice editors. Dr. Mitchell received his BA in History from Fisk University and his MEd in Higher Education from Vanderbilt University. He then went on to earn a PhD in Educational Research from The University of Alabama. Dr. Mitchell joined the college in 2005 as an instructor and most recently served as the Associate Dean for Research & Academic Services and Jo Ellen Levy Yates Endowed Professor in the School of Education.

Mitchell, R., & Rosiek J.  (2006). Professors as embodied racial signifier: A case study of the significance of race in a university classroom.  The Review of Education, Pedagogy, and Cultural Studies, 28(3-4), 379–395. file:///C:/Users/rwmitch/Downloads/2006ProfessorasEmbodiedRacialSignifier.pdf

U.S. Department of Education, National Center for Education Statistics. (2017). Status and Trends in the Education of Racial and Ethnic Groups 2017 (NCES 2017-051), Degrees Awarded.