Thomas Corbitt, associate professor at the LSU Department of Physics & Astronomy, and his team of researchers measure quantum behavior at room temperature, visible to the naked eye, as reported today in the journal Nature.

Since the historic finding of gravitational waves from two black holes colliding over a billion light years away was made in 2015, physicists are advancing knowledge about the limits on the precision of the measurements that will help improve the next generation of tools and technology used by gravitational wave scientists. 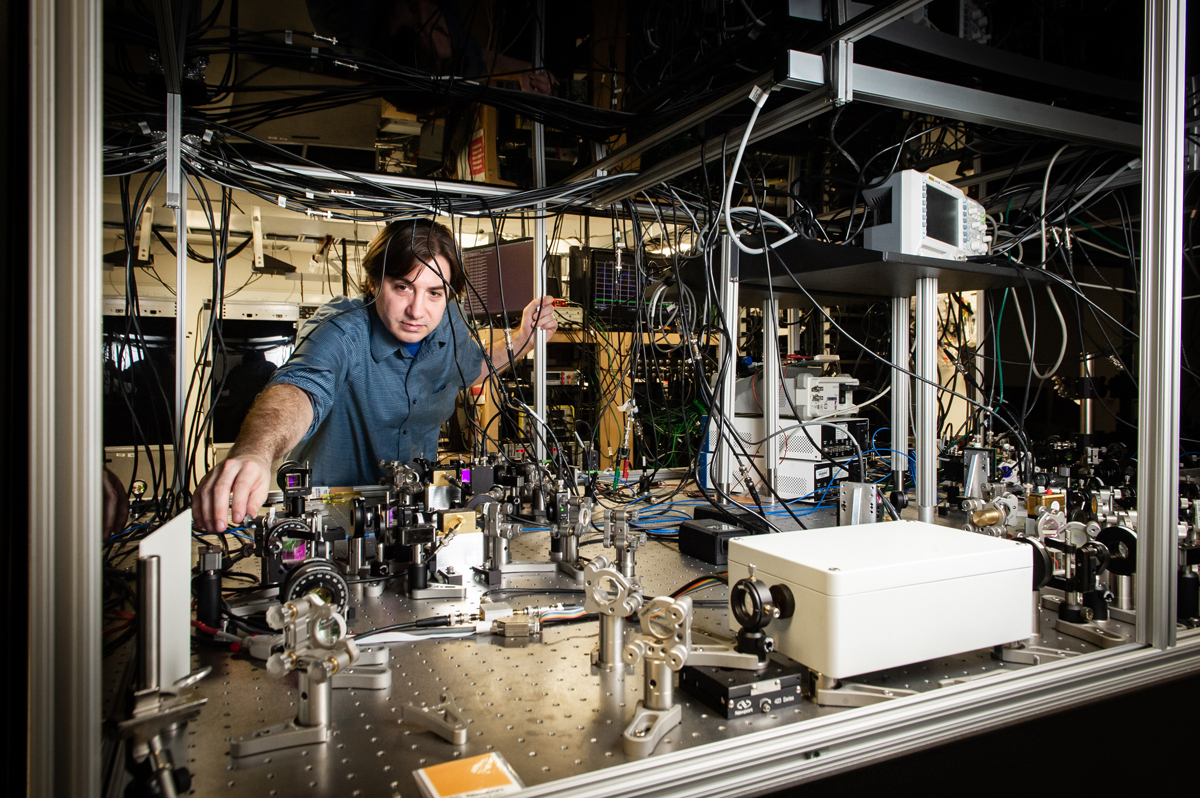 Thomas Corbitt in his lab, setting up a complex sequence of lasers.Elsa Hahne/LSU

LSU Department of Physics & Astronomy Associate Professor Thomas Corbitt and collaborators including researchers from the National Institute of Standards and Technology, LIGO-MIT and Crystalline Mirror Solutions now present the first broadband, off-resonance measurement of quantum radiation pressure noise in the audio band, at frequencies relevant to gravitational wave detectors, as reported today in the scientific journal Nature. The research was supported by the National Science Foundation, or NSF, and the results hint at methods to improve the sensitivity of gravitational-wave detectors by developing techniques to mitigate the imprecision in measurements called “back action,” thus increasing the chances of detecting gravitational waves.

Corbitt and researchers have developed physical devices that make it possible to observe—and hear—quantum effects at room temperature. It is often easier to measure quantum effects at very cold temperatures, while this approach brings them closer to human experience. Housed in miniature models of detectors like LIGO (the Laser Interferometer Gravitational-Wave Observatory, one located in Livingston, La., and the other in Hanford, Wash.), these devices consist of low-loss, single-crystal micro-resonators—each a tiny mirror pad the size of a pin prick, suspended from a cantilever. A laser beam is directed at one of these mirrors, and as the beam is reflected, the fluctuating radiation pressure is enough to bend the cantilever structure, causing the mirror pad to vibrate, which creates noise.

Gravitational wave interferometers use as much laser power as possible in order to minimize the uncertainty caused by the measurement of discrete photons and to maximize the signal-to-noise ratio. These higher power beams increase position accuracy but also increase back action, which is the uncertainty in the number of photons reflecting from a mirror that corresponds to a fluctuating force due to radiation pressure on the mirror, causing mechanical motion. Other types of noise, such as thermal noise, usually dominate over quantum radiation pressure noise, but Corbitt and his team, including collaborators at MIT, have sorted through them. Advanced LIGO and other second and third generation interferometers will be limited by quantum radiation pressure noise at low frequencies when running at their full laser power. Corbitt’s paper in Nature offers clues as to how researchers can work around this when measuring gravitational waves. 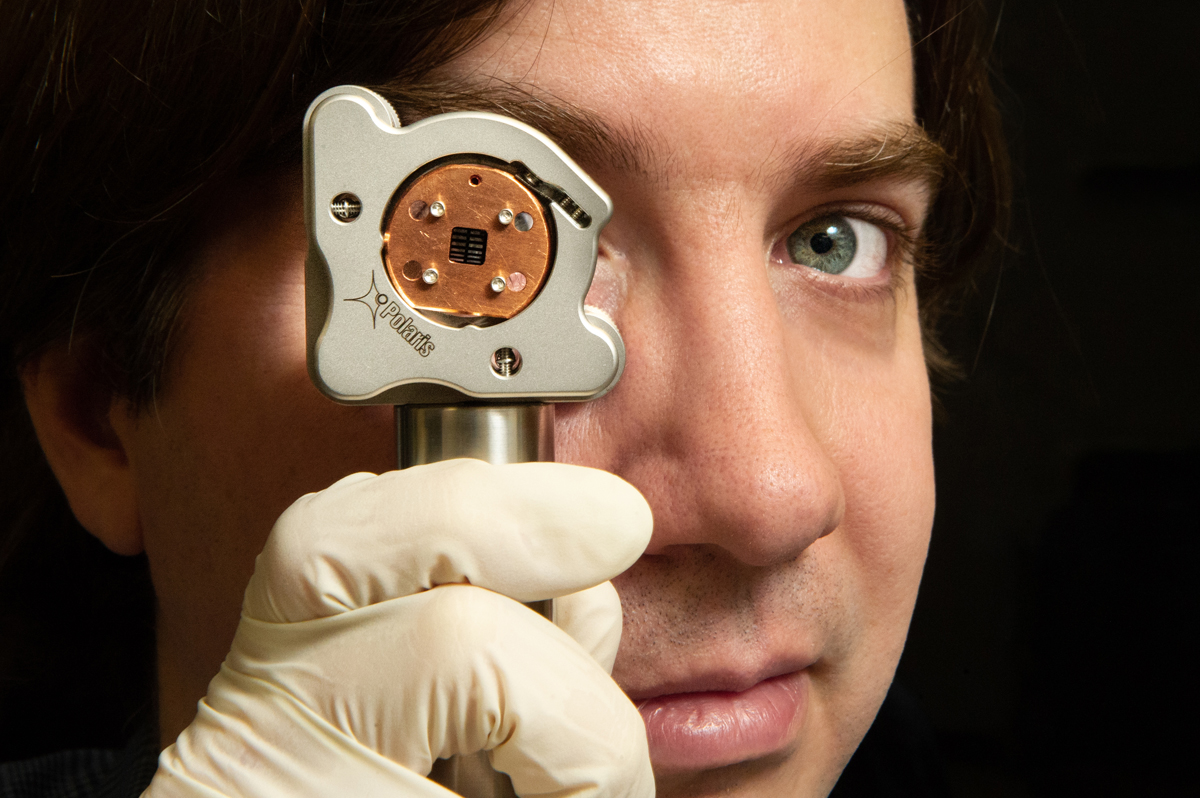 Corbitt’s former academic advisee and lead author of the Nature paper, Jonathan Cripe, graduated from LSU with a Ph.D. in Physics last year and is now a postdoctoral research fellow at the National Institute of Standards and Technology:

“Day-to-day at LSU, as I was doing the background work of designing this experiment and the micro-mirrors and placing all of the optics on the table, I didn't really think about the impact of the future results,” Cripe said. “I just focused on each individual step and took things one day at a time. [But] now that we have completed the experiment, it really is amazing to step back and think about the fact that quantum mechanics—something that seems otherworldly and removed from the daily human experience—is the main driver of the motion of a mirror that is visible to the human eye. The quantum vacuum, or ‘nothingness,’ can have an effect on something you can see.”

Pedro Marronetti, a physicist and NSF program director, notes that it can be tricky to test new ideas for improving gravitational wave detectors, especially when reducing noise that can only be measured in a full-scale interferometer:

“This breakthrough opens new opportunities for testing noise reduction,” he said. The relative simplicity of the approach makes it accessible by a wide range of research groups, potentially increasing participation from the broader scientific community in gravitational wave astrophysics.”