What Makes Some Oysters More Resilient than Others? 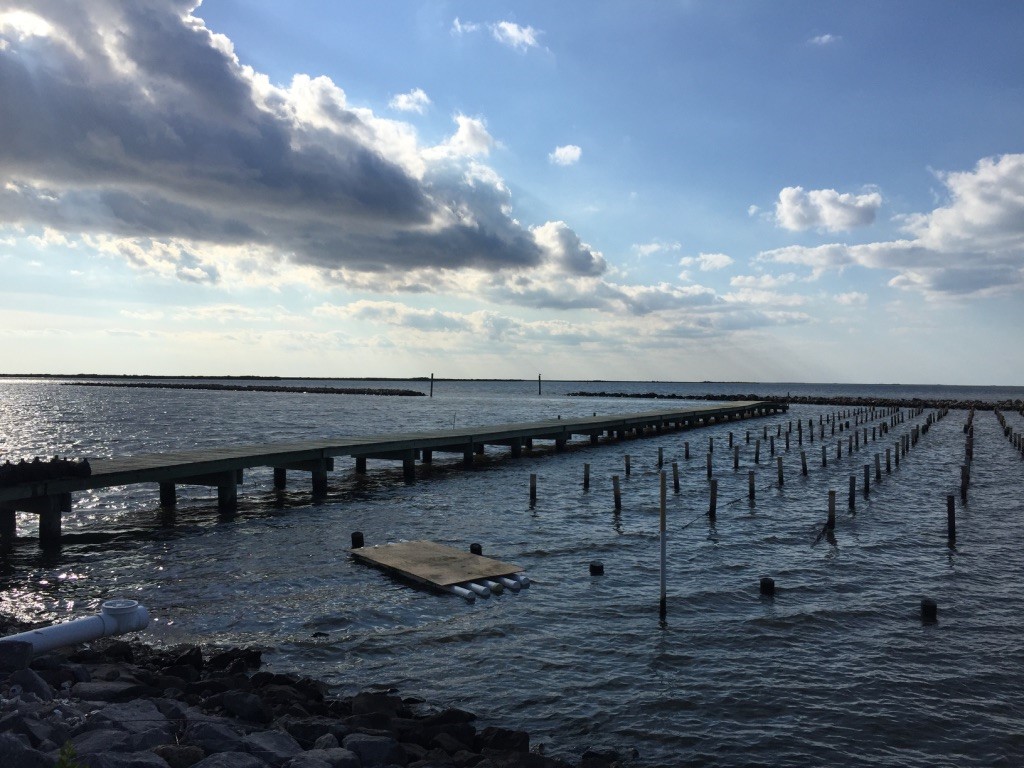 Oysters were raised at this medium salinity site on long lines in Grand Isle for two years before being cross-bred with oysters raised at a low salinity site at the Louisiana University Marine Consortium in Chauvin as part of this study.
Photo Credit: Morgan Kelly, LSU

BATON ROUGE – Oysters live and grow in saltwater. However, the saltiness of their habitat can change dramatically, especially where the mighty Mississippi River flows into the Gulf of Mexico. Louisiana oysters from the northern Gulf of Mexico may experience some of the lowest salinity in the world due to the influx of fresh water from the Mississippi River. In addition, increased rainfall and large-scale river diversions for coastal protection will bring more fresh water that does not bode well for the eastern oyster. New research led by LSU alumna Joanna Griffiths from Portland, Oregon, and her faculty advisor LSU Department of Biological Sciences Associate Professor Morgan Kelly reveals new information on why some oysters may be more resilient to freshwater than others. Their findings published this week have a significant impact on this commercially important marine species.

“Oysters are known to be tolerant to a wide breadth of salinity. That’s generally true of a lot of oysters because they can close up their shell. But as larvae, they don’t have that shell structure to protect them,” said Griffiths, who is now a postdoctoral researcher at U.C. Davis.

She conducted an extensive study as part of her doctoral dissertation on oyster larvae survival and growth. She investigated whether having parents who have lived in environments with low salinity will produce offspring that are more resistant to low salinity based on a concept called transgenerational plasticity that would suggest one generation’s flexibility is passed on to the next generation. 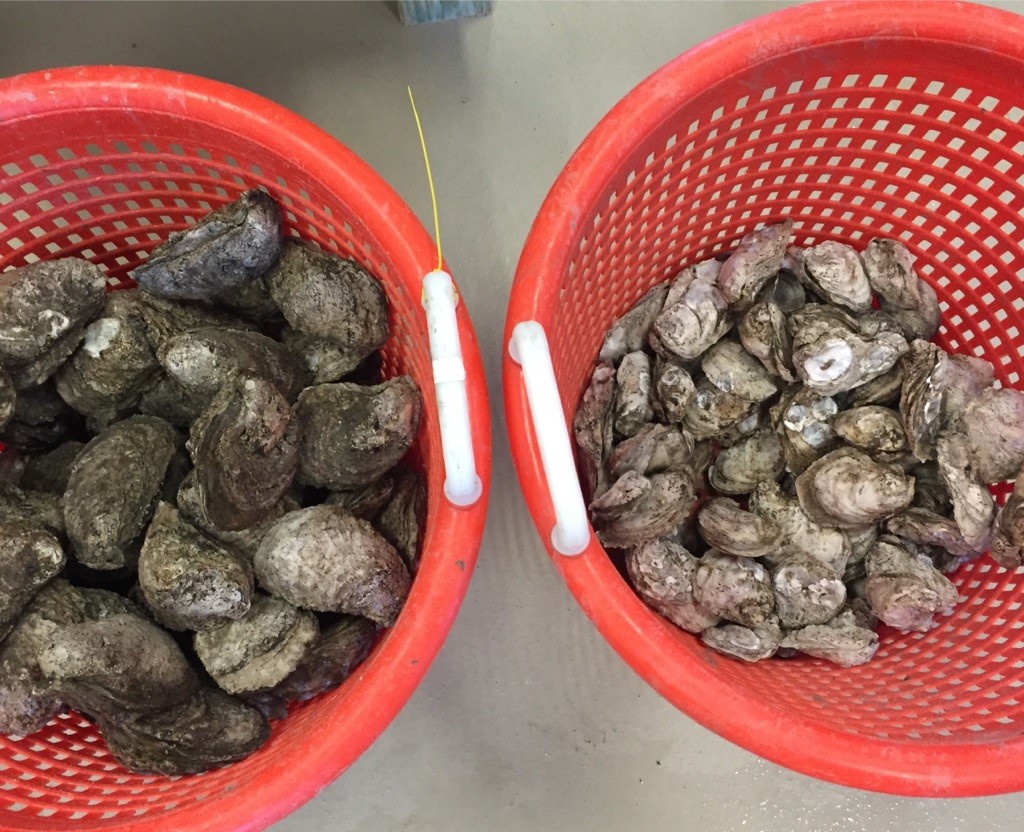 To test this hypothesis, the researchers spawned and raised oysters at the Louisiana Department of Wildlife and Fisheries Michael C. Voisin Oyster Hatchery in Grand Isle in 2016. They transplanted 240 of these oysters into coastal waters at two different locations — a low salinity site by the Louisiana University Marine Consortium, or LUMCON, in Chauvin, and a medium salinity site by the Louisiana Sea Grant Oyster Research and Demonstration Farm in Grand Isle. After two years, the researchers collected the oysters and found the oysters at the saltier site in Grand Isle were 40 percent larger than the ones from LUMCON thus showing that environment can affect development. Then, the researchers spawned the next generation to see what flexibility characteristics could be passed down from parent to offspring.

Griffiths meticulously cross-bred oysters from both sites and produced 240 oyster families. She and four colleagues tended to the oyster larvae around-the-clock.

“This type of experiment that Joanna did is a lot of work,” Kelly said. “It is a lot of record-keeping. You have to be ready at every developmental stage of the baby oysters. A little bit like having a human baby, you have to be up in the middle of the night sometimes getting ready for the next stage of the oyster larvae life cycle. There are a lot of sleepless nights breeding oysters.”

Catastrophically, the breeding experiment failed and no oyster larvae survived. Griffiths repeated the experiment and again it failed.

“It was hard to put in a lot of work and get absolutely nothing from it,” she said. 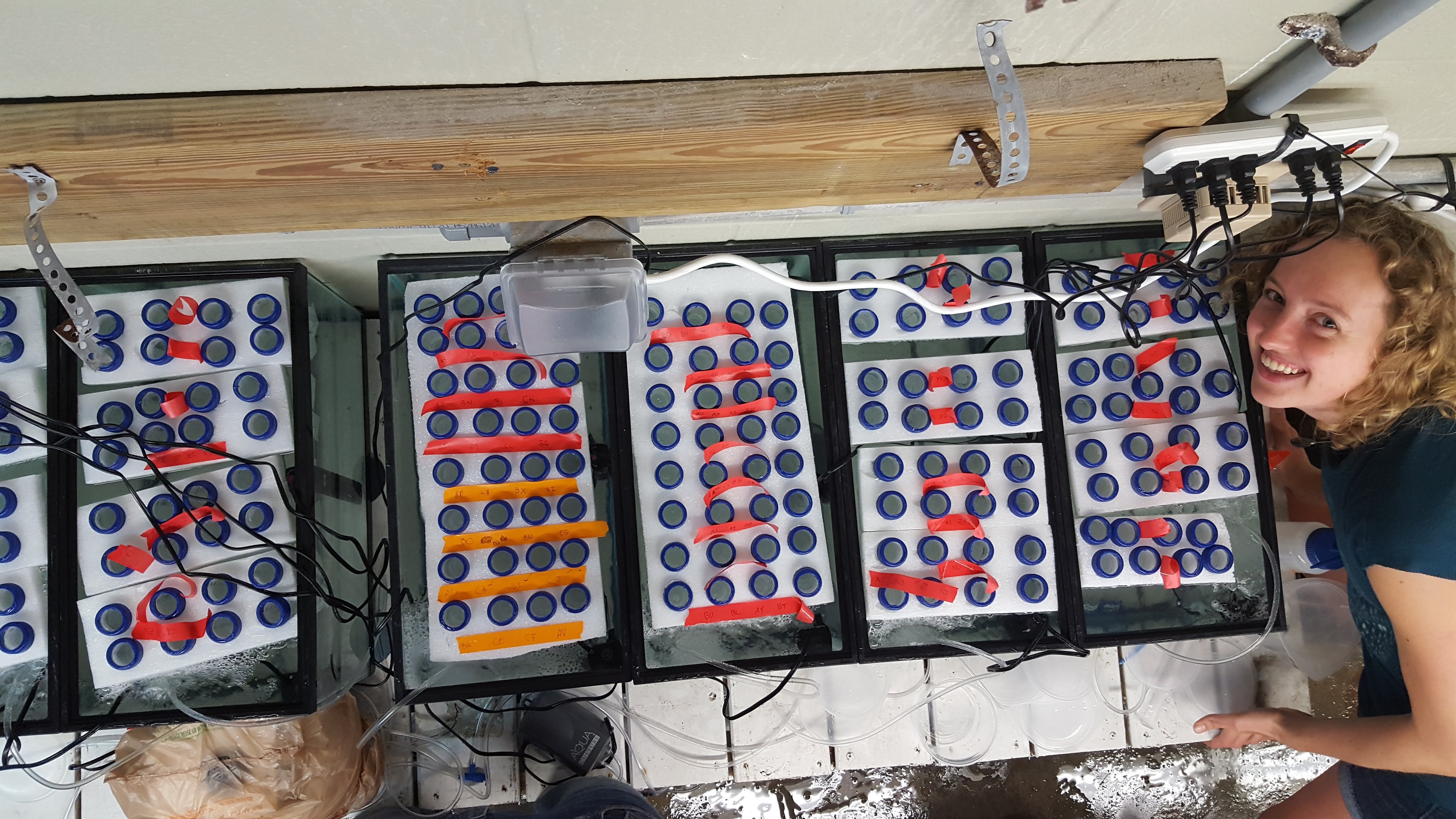 Joanna Griffiths meticulously cross-bred oysters from the medium salinity site in Grand Isle and the low salinity site in Chauvin and produced 240 oyster families. She found that selective breeding in hatchery management practices may be an effective way of increasing resiliency for low salinity tolerance in eastern oysters.  Photo Credit: Joanna S. Griffiths

But on the third try, she succeeded.

Of the 240 oyster families, about 60 families of larvae survived after five days.

Griffiths measured the larvae and found that the offspring of the parents who had lived at the low salinity site by LUMCON were not more resilient to low salinity. She used size as a measure of success because the larger an oyster larva is, the less time they need to spend in the water column where they are vulnerable to predators before metamorphosizing and settling onto a reef.

She found that some families of oysters do well under low salinity and some families do poorly. The oysters that do well have some variation of a gene that helps them grow well no matter what environment.

“We were surprised how much genetic variation they have and how heritable the resilient trait is,” Griffiths said.

These results suggest that selective breeding in hatchery management practices may be an effective way of increasing resiliency for low salinity tolerance in eastern oysters.

“I’ve experienced a lot of failures during my Ph.D., but I think they have made me a better scientist. I might be studying the resilience of oysters to stress, but it’s this project that has made me more resilient as a scientist. I know I can deal with difficult and tough circumstances and I’m now grateful for those failures!”

Transgenerational plasticity and the capacity to adapt to low salinity in the eastern oyster, Crassostrea virginica, Proceedings of the Royal Society B: https://royalsocietypublishing.org/doi/abs/10.1098/rspb.2020.3118?af=R