BATON ROUGE – With the coronavirus forcing sports leagues around the world to delay their play, LSU graduate Rachel Balkovec, the first ever female full-time hitting coach in Major League Baseball, or MLB, is using this time to help others. 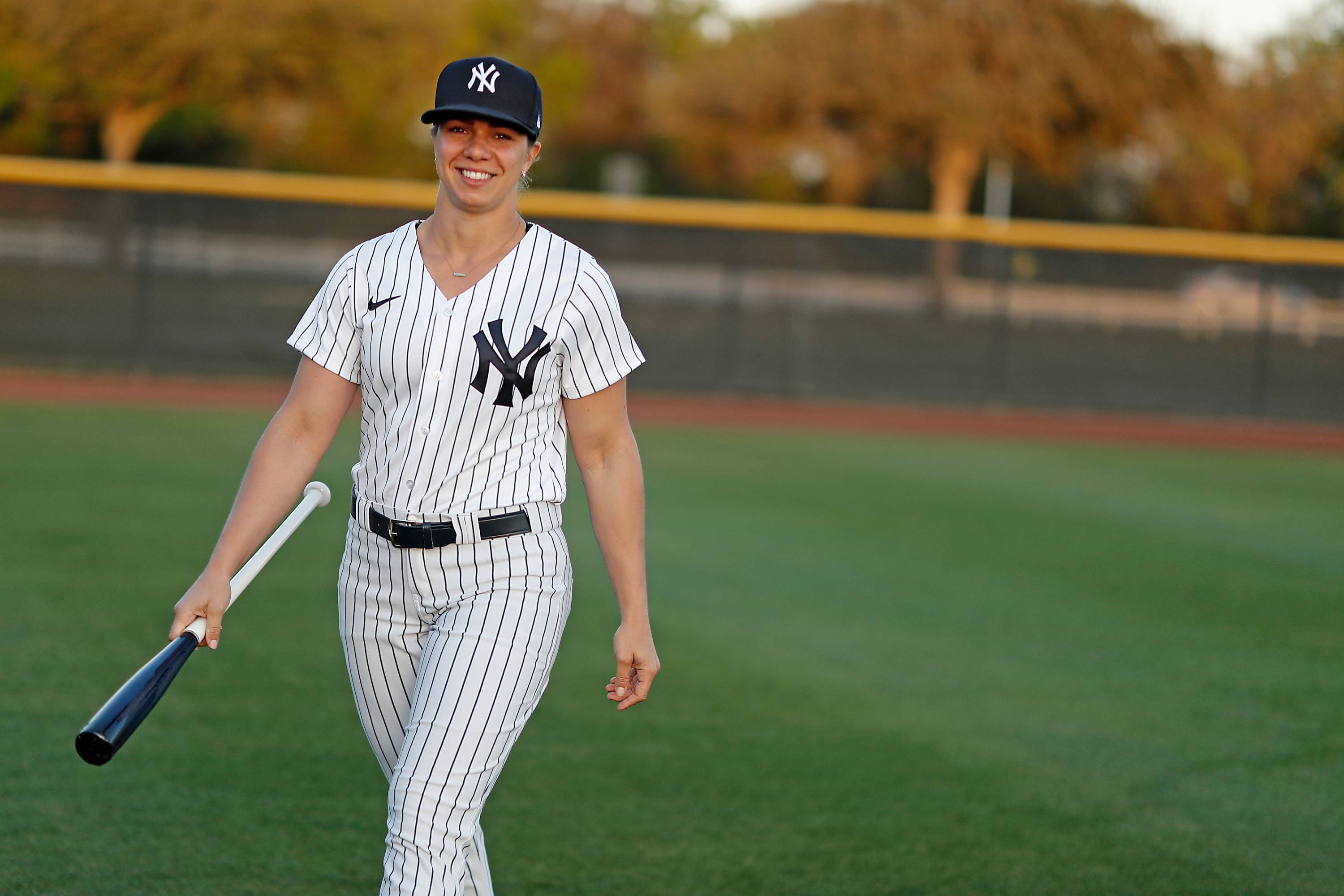 “I’ve been in worse situations than I’ve been in now, and there are a lot of people who are struggling,” Balkovec said.

Balkovec, of Omaha, Nebraska, received her master’s degree in sport administration from LSU in 2012.

“LSU had a huge impact on me. Starting out my career in LSU athletics really taught me what high level athletics is about, and what high standards are about in regards to performance,” Balkovec said.

When the season was called off because of COVID-19, Balkovec was in Tampa, Florida during her first season with the New York Yankees, and in the middle of spring training. Rather than focus on only herself during this time, Balkovec decided to donate $5 a day to help people in need.

“It feels like a drop in the bucket,” Balkovec said. “I think sometimes we allow the problems in our lives, not just the coronavirus, to feel so big it just freezes us and we don’t do anything. Instead of not doing anything, I just wanted to do something that hopefully inspires others.”

In addition to her own money, she started a GoFundMe website which has since raised more than $4,000.

“People are offering up advice and recommendations for which groups to help. So far, it’s been a couple of food banks. We’ve purchased medical supplies. This week, I’m donating to an organization that supports minor league baseball players,” she said.

Balkovec’s own baseball career started in the minor league. After graduating from LSU, she interned for the St. Louis Cardinals.

“I was with one of their rookie league teams as a strength and conditioning coach. When it ended, I moved to the Dominican Republic and worked with a winter baseball team,” Balkovec said.

Then she spent a year out of baseball looking for work. An internship with the Chicago White Sox brought her back into the MLB, followed by a second job with the St. Louis Cardinals as their minor league strength and conditioning coordinator for two years.

“I was overseeing 250 athletes and 10 male strength coaches – that was one my biggest breaks in my career,” she said.

“Then I quit at the end of 2018 and went back to school, this time to Amsterdam for a year and completed my research for that degree in Seattle. Then I was hired by the New York Yankees as a minor league hitting coach. It’s been quite a journey, a little bit different, but I wouldn’t take any of it back,” Balkovec said.

She said she faced gender discrimination along the way, which she said forced her to work harder.

“Early on in my career it was kind of a necessity because of my gender. Understanding I was going to have to do a little bit more than others, which I’m fine with. It wasn’t always fun but I look back and I'm grateful that I did have to go above and beyond because I'm better for it now obviously,” Balkovec said.

Even as the MLB’s first full-time female coach, she doesn’t consider herself a trailblazer.

“I'm not a pioneer. There are plenty of people who came before me, I always like to acknowledge that,” Balkovec said. “There were plenty of other women who set the stage for me to be able to have this opportunity before me. Like my own boss when I was at LSU, Melissa Moore Seal. When she got into strength and conditioning more than ten years ago, there were very few females doing it.”

“It was evident that she was a talented coach and I definitely knew she had the qualities to be first. She always had a passion for baseball as a sport, she really enjoyed it,” Seal said. “At the time, there were very few, if any, females that were strength and conditioning coaches for baseball, but I knew she had the knowledge and the talent to coach with that particular group. As soon as there was an opportunity for Rachel to volunteer for LSU baseball, I wanted her to do that and helped to make that connection for her. When opportunities were available, I made sure she was one of the first that I would recommend – not because of her gender, or anything else, but because she had expertise and is a naturally talented coach.”

Balkovec also works to help others prepare for their careers, through a program she started called the Virtual Handshake Academy.

“I want to help people present themselves, to guide people in their purpose and career, help them reflect on why they are doing what they are doing, and communicating it to future employers,” said Balkovec. “If you would have told me when I was at LSU that I would be a hitting coach for the New York Yankees one day, I would have said ‘What?!’ Just to think of what type of journey and different ways my career has taken me is crazy.”