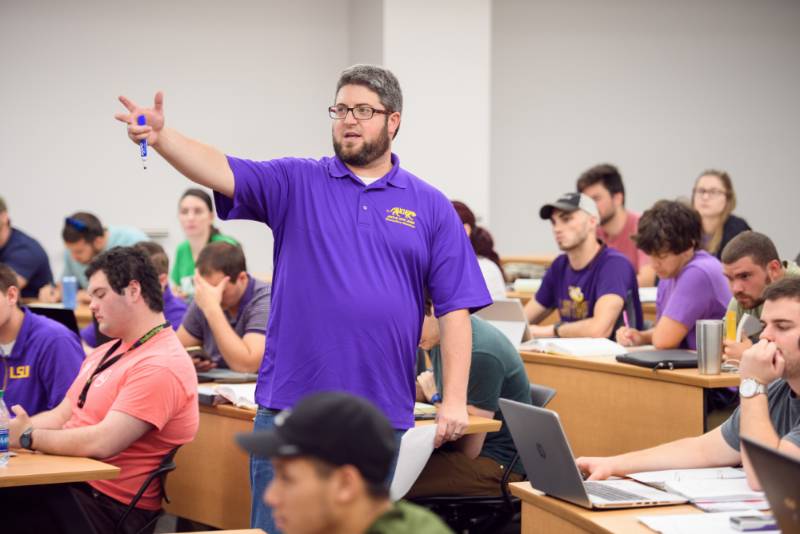 BATON ROUGE, LA – The National Science Foundation recently awarded LSU Assistant Professor of Chemical Engineering Adam Melvin a $500,004 grant as part of its Faculty Early Career Development (CAREER) Program for his work on developing new peptides to control protein degradation, which can be used in diagnosing cancer and diabetes.

One central control system for protein degradation in cells is referred to as the UPS, or ubiquitin-proteasome system. The activity of the enzymes in the UPS, like the proteasome, is highly variable across individual cells in a population; therefore, it is important to be able to measure proteasome activity on a single-cell basis. Melvin’s project will develop fluorescent sensors to do just that.

These sensors could enhance efforts to develop new drugs and optimize treatment strategies on a patient-by-patient basis. As part of this project, Melvin is also designing new peptides to selectively target so-called “undruggable” proteins to proteasome as a new approach in diabetes in obesity-related therapeutics. Hands-on learning modules will also be developed and presented to middle school students in the Baton Rouge area; and undergraduate and high school students will be recruited to participate in extended research experiences in an effort to develop and populate a robust biomanufacturing workforce.

Melvin has been part of the LSU Cain Department of Chemical Engineering’s faculty since 2013. He earned both his master’s and PhD in chemical engineering from North Carolina State University.