Dr. Song-kai Yan* received his Ph.D. degree from Louisiana State University in Civil Engineering in 1989. His professional engineering work started in China in 1964 when he graduated with his Bachelor’s of Science degree from the Hydraulic Structure Design & Construction Department of Beijing College of Hydraulic Engineering. Following his graduation were several years of professional practice as an Engineer with the Ministry of Water Resources and Electric Power. Then, in 1981, he was sent to Colorado State University in Fort Collins, Colorado to pursue a Master of Science degree in Civil Engineering at Colorado State University. The degree was awarded in 1983. He then returned to China to increased responsibilities with the Ministry of Water Resources and Electric Power from 1984 to 1986. Thus, Dr. Yan was a mid-career Engineer with 22 years of experience when he returned to the US to enroll in the Ph.D. program at LSU in Civil Engineering in 1986. Dr. Donald Dean Adrian, Rubicon and Effie C. & Donald M. Hardy Distinguished Professor of Civil and Environmental Engineering at LSU, joined the department that same year and became Dr. Yan’s advisor.

Part of Dr. Yan’s master’s degree work at Colorado State University involved estimating long term stream flows on two rivers – the White and the Yampa in Northwest Colorado. He gathered data and generated 1,000 year synthetic hydrographs of the rivers. These were used to estimate potential drought and short water supplies for current and future water demands on both rivers. This work demonstrated Dr. Yan’s ability to handle complex assignments and to develop computer programs to handle complex problems, earning him recognition and respect from his advisors and the faculty.

Dr. Yan’s Ph.D. work at LSU was partially sponsored by the USGS, the Louisiana Water Resources Research Institute, and contracts through the Civil Engineering Department from Woodward-Clyde Consultants in Baton Rouge. His dissertation title was “Spatial and Temporal Variations of Salt Water Intrusion in the Gonzales-New Orleans Aquifer, New Orleans Area, Louisiana”, a topic of immense interest and lasting significance to the state. A noteworthy aspect of his final oral exam for the Ph.D. was that the Ministry of Water Resources and Electric Power sent its former Chief Engineer to sit in on the final oral exam.

While still in the Ph.D. program at LSU, Dr. Yan began working part-time for Woodward-Clyde Consultants as a Project Engineer where he remained until 1991. During this time, he also held part time positions with other engineering firms. In 1991 he joined IT Corporation as a Senior Project Engineer. In 2002 IT Corporation became part of Shaw Environmental and Infrastructure, Inc. where he now works. He is a Senior Staff consultant and Director of Hydrology/hydraulics. He is widely recognized for his work in these areas.

Among his numerous professional accomplishments and appointments, Dr. Yan became a licensed Professional Engineer in Civil Engineering in Louisiana in 1992. He became a Professional Hydrologist/Hydrogeologist (P.H.) in 2006. He is a Diplomate of the American Academy of Water Resources Engineering. He is a Past President of the Louisiana Section of the American Water Resources Association and a Fellow of the American Society of Civil Engineers. He has served as an Associate Editor of the journal Ground Water. Dr. Yan has published 27 refereed technical papers and more than 50 engineering reports. He has translated five books and numerous technical papers (English to Chinese and Chinese to English).

Since his arrival to LSU in 1986, Dr. Yan has remained devoted to the University and to the Department of Civil and Environmental Engineering. He has served as a CEE adjunct faculty member for many years, teaching courses such as Water Distribution and Wastewater Collection and Hydrology. Dr. Yan also has a long standing and active appointment on the CEE External Advisory Board. 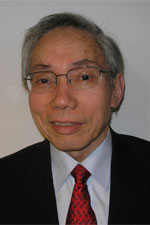