Dr. Mehmet T. Tümay, Fellow and a Life Member of the American Society of Civil Engineers, is the Georgia Gulf Distinguished Professor Emeritus in the Department of Civil and Environmental Engineering at Louisiana State University. He has been an active LSU Faculty 1976-2005, and has served the LSU College of Engineering as the Associate Dean for Research and Graduate Studies, and as Director of the Donald W. Clayton Interdisciplinary Graduate Program in Engineering Science, 1997 –2004. Dr. Tümay received his B.S., M.S., and Ph.D. from Robert College School of Engineering, University of Virginia, and Istanbul Technical University, respectively. His academic, research and consulting affiliations include universities, research institutions, and industry in the U.S., The Netherlands, France, Turkey, Korea, Norway, Taiwan, Poland, Brazil and People’s Republic of China.

Dr. Tümay is currently a Distinguished Visiting Professor at the Korean Advanced Institute for Science and Technology (KAIST) in Deajon, S. Korea, and an Adjunct Professor at Bogazici University in Istanbul, Turkey.

Dr. Tümay’s major field of interest is geotechnical engineering. He has done extensive research for the past 40 years in the areas of in-situ evaluation of engineering properties of soils, soil physico-chemical behavior, and novel methods of soil improvement. He has earned national and international recognition from the consulting and academic communities for his pioneering research accomplishments, mainly in electronic cone penetration and computer-aided data collection/reduction systems for evaluation of the engineering behavior of geomedia. He was recently recognized “for outstanding contributions to the profession, research and education in geotechnical engineering,” at the GeoShanghai 2006 International Conference in Shanghai, China, June 2006.

Dr. Tümay has served as Project Director / Principal Investigator of numerous grants from prestigious national and international agencies, a major international consulting company from the Netherlands, established the Fugro Post-Doctoral Fellowship at LSU dedicated to the advancement of in-situ testing under Dr. Tümay’s supervision.

During 1990-1994 Dr. Tümay served as the Director of the Geomechanical, Geotechnical & Geo-Environmental Systems (G3S) program at the National Science Foundation, Washington, D.C

Dr. Tümay has done extensive design and consulting for state, private, national and international agencies. And he has conducted special workshops and seminars worldwide. He has served as Maitre de Conference en Mechanique des Sols, Ecole Nationale des Ponts et Chaussees, Paris, France, and as an Advisory Professor to Tongji University, Shanghai, P.R. China, and Federal University of Vicosa, Minas Gerais, Brazil. He is active in various professional organizations. He has served and continues to serve as chairperson or as a member of a number of national and international technical committees as well as member of editorial boards of professional journals.

Dr. Tümay served as a charter member of the Academic Research Council of the Civil Engineering Research Foundation 1995-2002, and represented LTRC on the National Council for Civil Engineering Research. He was a member of The Engineer and Surveyor Selection Board, City of Baton Rouge Parish, 2004 –2006. He was selected as Louisiana State University’s recipient of the Louisiana Engineering Foundation Faculty Professionalism Award for 2001. His scholarly activities include more than 150 published scientific articles, and contributions to numerous conferences and symposia. He has presented invited papers worldwide on technical topics and general research, education and policy issues in geotechnical engineering, and general civil infrastructure. 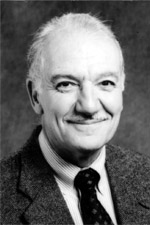