David Sauls has more than 30 years of experience as a geotechnical engineer, and he has served as the Chairman of the Board at GeoEngineers, Inc. since 2011.

Since first earning his bachelor’s degree in civil engineering from Louisiana State University (LSU) in 1982, David has been fortunate to have spent a career helping two types of clients: those he can guide in advance to avoid soil problems and those that are in distress and need to be rescued.

David works and flies out from the Baton Rouge location of GeoEngineers, and his geotechnical-based engineering knowledge covers design analysis, soil mechanics, laboratory testing, field exploration and project management with a strong focus on performance of soft soil at sites as far ranging as along the Mississippi River, to the Beaufort Sea, Wynyard, Saskatchewan, and the Orinoco River Basin in Venezuela.

GeoEngineers Baton Rouge office was previously Louis J. Capozzoli & Associates, Inc. from 1965 to 2007. David began his engineering career by landing a summer job in 1977 working for Dr. Louis J. Capozzoli, founder of the prominent Baton Rouge geotechnical engineering firm bearing his name. David continued working for Capozzoli as an undergraduate at Louisiana State University. After seeing first-hand the construction challenges of soft Gulf Coast soils, he moved to Cambridge, Massachusetts to earn his master's degree in civil engineering at the Massachusetts Institute of Technology (MIT).

After working with legendary McClelland Engineers in Houston for 10 years, he would return in 1994 to his Tiger roots in Baton Rouge to rejoin the Capozzoli firm as a principal. The firm

eventually merged with GeoEngineers in 2007. David is a registered professional engineer in 15 states, and he is an active member of numerous organizations, including GBA (formerly ASFE): The

Geoprofessional Business Association. In fact, his involvement with GBA as well as his professional reputation earned him the honor of being the Invited Lecturer for the 42nd Martin S. Kapp Memorial Lecture at the American Society of Civil Engineers, Metropolitan Section, New York, New York in February 2017.

David’s education and long career have led him to be the geotechnical engineer of record for hundreds of construction projects for roads, bridges, railroads, industrial plants, commercial buildings, levees, offshore and near-shore platforms and docks, and trenchless construction of pipelines. He is an accepted geotechnical expert in Louisiana, Mississippi and Texas state courts as well as Federal courts.

As Chairman, he has the pleasure of working with a nine-person board of directors to provide strategy, leadership and review on behalf of the firm’s shareholders. The directors are elected by 201 shareholders of 325 employees.

ecological, geotechnical and technology solutions for a range of public and private clients. GeoEngineers revenues ranked 188th among national design firms by Engineering News-Record (ENR) magazine in 2016. This is the highest-ranking design firm lead by a Louisiana State University (LSU) civil engineering graduate. 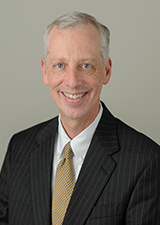