Students participating in mentored research explore the unknown under the guidance of an accomplished LSU faculty member. Check out opportunities to have a part in discovery below! 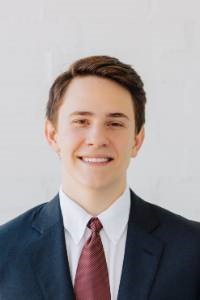 Jackson Green, a participant in the President’s Future Leaders in Research (PFLR) program was named a Barry M. Goldwater Scholar. The award is one is one of the highest honors for undergraduate students studying mathematics, the natural sciences, and engineering. Out of 1,223 students, Green is one of three students at LSU who received this prestigious award. The PFLR program placed Green in Dr. Ryoichi Teruyama’s lab where he researches the expression of oxytocin receptors in mouse retina. PFLR allowed Green to get involved in research very early in his undergraduate career and learn advanced research skills for his discipline. Being recognized as a Goldwater Scholar speaks volumes of Green’s impressive skills and commitment to research excellence. The rigorous nature of the research conducted across LSU’s campus can be daunting to many students. Green speaks to this notion by saying, “Research was difficult for me initially because I didn’t like the fact that I had to fail to get better.” He has now grown tremendously and takes his failures as lessons to grow from. Green summed up his change in perspective by quoting Dory from Pixar’s Finding Nemo, to say “Just keep swimming.” He encourages budding scholars to persevere in their research efforts despite how difficult it can be. 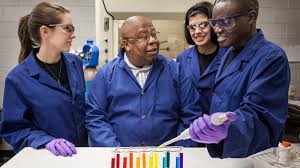