The capital of the "Midi-Pyrénées" region, and the fourth largest French city (~ 800,000) is culturally dominated by is position in the South, near the Mediterranean and Spain.  The university in Toulouse is one of the largest French universities, situated on a large campus at the southern limit of the city boundary. Each year it turns out more than 10,000 graduates and more than 500 PhDs in the fields of science, technology, medicine, dentistry, pharmacy, teaching or research. UPS has 2350 professors & lecturers, 1200 researchers, 1400 engineers, technicians and administrative staff. UPS is also n°2 (after Paris) in term of contracts of research (National Research Agency). Three examples of specific institutes are CEMES, LCC, and IPBS, and in addition students can be hosted in the traditional chemistry department and a variety of other institutes associated with the university.

CEMES is dedicated to the fabrication, understanding, modeling and manipulation of matter at the atomic scale.  There, physicists and chemists invent and fabricate materials, nanomaterials and molecules of desirable properties and integrate them into demonstrating devices. It houses 69 permanent researchers devoted to research in crystalline materials under stress, nanomaterials and nanosciences; four platforms support the scientific activities such as characterization, nanofabrication, engineering and support. In addition, CEMES is composed 44 research-based engineers, technicians and administrative staff, 31 professors and assistant professors from Toulouse University, and 70-90 students (masters and PhD) and post-doctoral fellows. Together, CEMES personnel enjoy state-of-the-art equipment including 5 electron transmission microscopes devoted to chemical analysis, defect identification, atomic imaging, electron holography and in-situ studies, 5 near-field microscopes (STM, UHV-low-T STM, NC-AFM, SNOM), several X-ray diffractometers including a WAXS and a SAXS, Raman, PL and Raman-Brillouin spectrometers, a ultra-low energy ion implantor. 2 sputtering/deposition, a MBE and 2 FIB machines are run and maintained by the platforms. In particular, we have established a collaboration efforts with the Nanoscience group led by Andre Gourdon and Gwenael Rapenne. This group specializes in design and synthesis, theory and simulation, and observation, measurement and manipulation of particles at nano-pico meter scales. Since the early 2000s this group has trained more than a dozen REU students from the PIs previous programs enjoying great success.

The LCC was created in 1974 as a dedicated CNRS (Center of National Scientific Research) laboratory. It focuses on fundamental and applied aspects of molecular transition-metal chemistry and hetero-elements chemistry in the context of sustainable growth. Its objectives are targeted on life sciences, atom economy, nanosciences and materials for the future. There are three main lines of research i) catalysis and fine chemicals with chemical engineering, ii) molecular materials with physical properties, and iii) bio-inorganic chemistry and the role of metals in biology, interacting with life sciences, among others. A highly-qualified human potential (100 persons, including research and technical staff) provides advanced training in research for about 100 students, doctoral candidates and post-doctoral fellows in close partnership with a number of public and private enterprises in France, Europe, and over the world. LCC averages about 180 publications per year in peer-review international scientific journals. Instrumentations and services offered at LCC include chemical analysis, thermic analysis, X-ray diffraction, electrochemistry, magnetic measurement, atomic force microscopy, electron microscopy, magnetic nuclear resonance, electric paramagnetic resonance, mass spectrometry, electric and vibrational spectroscopy, Mossbauer spectroscopy, stopped-flow, among others. In particular, we have established a collaboration efforts with the Biological and Chemistry group led by Peter Feller. This group specializes in understanding at the molecular level the role of transition metals in neurodegenerative disease (e.g. Alzheimer’s). Since the early 2000s, this group has trained two previous REU students enjoying great success.

IPBS is a newly identified research site for our program. This institute was funded in 1996 and is currently dedicated to the discovery, characterization and validation of novel important pathways and molecular targets in the fields of cancer and infectious diseases, using molecular and cellular biology approaches coupled to the analyses of structure/function relationships of biomolecules. IPBS is composed of a personnel of more than 250 people: 90 permanent scientists (CNRS, Inserm, Toulouse University), 65 permanent engineers and technicians, and about 100 non-permanent fellows, including masters/PhD students, postdoctoral fellow and technicians. IPBS has an annual budget of about 21.1 million euros. The institute is organized in three departments: i) Structural Biology & Biophysics, ii) Cancer Biology, and iii) Tuberculosis and Infection Biology. It also integrates 7 technological platforms, including proteomics, nuclear magnetic resonance, crystallography and structure-based drug design, functional imaging, Animal experimentation (including BSL-3 facilities), and transgenosis. In terms of publications, IPBS has published between 2009-2014, for example, over 500 publications in peer-reviewed international journals. Over the same time period, the institute enjoyed a strong commitment to the interaction with industry and clinicians, resulting in 22 patents and extensions, 29 contracts with pharmaceutical and biotech companies, and 78 contracts with the private sector. In terms of education, IPBS associates 36 professors in charge of 2 MS programs (biochemistry and biotechnology, and microbiology), and are involved in 5 master coursers and 82 teaching modules. From 2009-14, for instance, IPBS has graduated over 70 PhD and master students; currently, IPBS hosts 33 PhD students and 36 post-doctoral fellows. In particular, we have established a collaboration effort with the group led by Olivier Neyrolles, which specializes in understanding the mycobacterial interactions with Host Cells. This (2015) is the first year an REU student was placed in IPBS.

Toulouse is above all, a center of attraction for high tech industries. Among the 22 French egions, Midi-Pyrénées is n°1 in the world for aeronautics, n°2 in Europe for spatial studies, n°1 in France for region for the % of Gross Domestic Product devoted to research. Several thousand researchers (aeronautics and space, electronics, chemistry, data processing, robotics, biology, agronomy, veterinary and medical sciences) contribute to giving Toulouse the status of a center of reference in Europe. Moreover, as the first European metropolis for Aeronautics (Airbus) and space (Ariane rocket) with the National Center of Space Research (C.N.E.S.), Alcatel, Matra, Aerospatiale, Toulouse is a crossroads of advanced technology, while when summer comes, terraces become overcrowded until very late at night and people like to stroll around. The city life-style attacks over 15,000 newcomers every year. For these reasons and more, the city of Toulouse was selected to organize the ESOF (EuroScience Open Forum) in July 2018 as further described in the Supporting Documents section.  Historically ever-present is also its role in medieval history, the crusades, and “pays Cathare”. 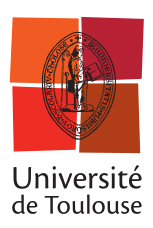