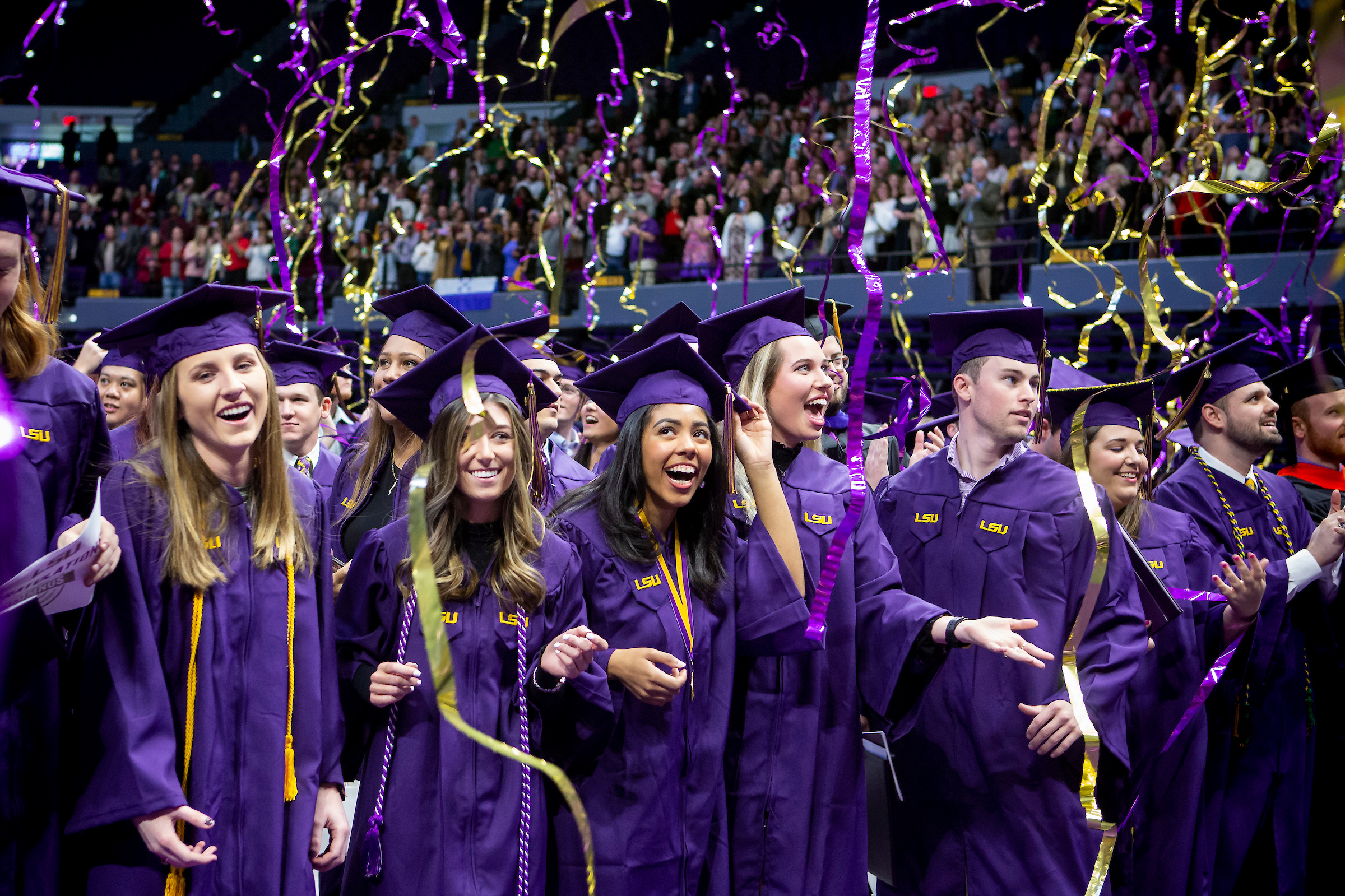 The 1,986 degrees awarded is a new record for LSU’s fall graduation. In addition, the university awarded the most degrees to female, African American, Asian and Hispanic students ever during a fall semester. This fall, LSU also saw the most degrees ever awarded to veteran students, students on Pell grants and students awarded the Pelican Promise.

The fall graduating class represented 55 Louisiana parishes, 42 states and 39 foreign countries. Men made up 48.55 percent of the class and women made up 51.45 percent. The youngest graduate was 19, while the oldest was 61 years old.

There is no main ceremony for December commencement, so each college held separate ceremonies to recognize their own individual students. Louisiana Gov. John Bel Edwards spoke at the Manship School of Mass Communication ceremony and LSU Board Chair Mary Leach Werner, vice president of The Sweet Lake Land & Oil Company and The North American Land Company, spoke at the College of Science ceremony. 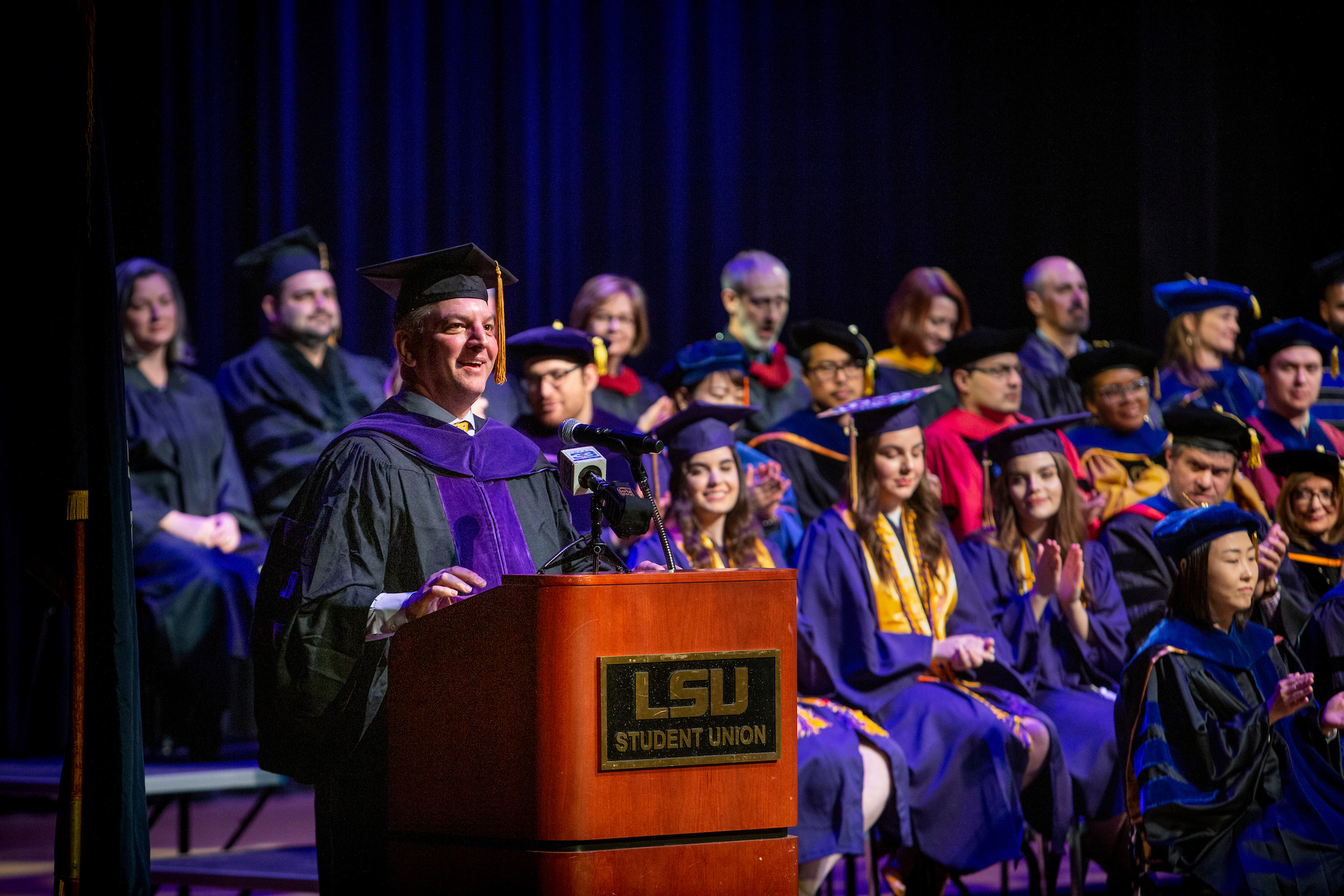 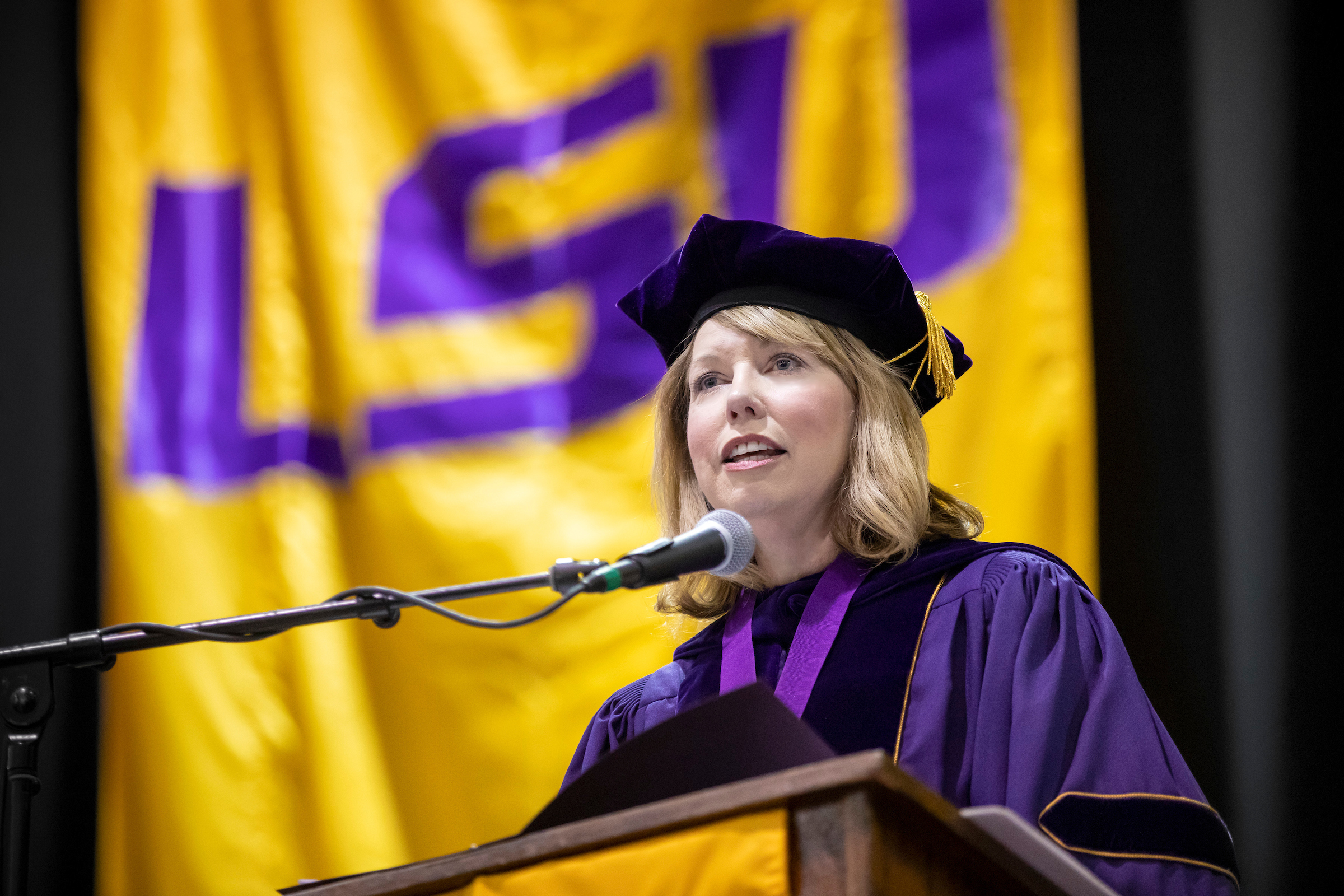 Chair of the LSU Board of Supervisors Mary L. Werner spoke during the College of Science's diploma ceremony.
Photo: LSU Strategic Communications

The LSU Athletics Department and the Cox Communications Academic Center for Student-Athletes recognized 28 graduating student-athletes at The Tribute on Dec. 19 at the South Stadium Club inside Tiger Stadium. A number of student-athletes from the No. 1 ranked LSU football team earned degrees during fall commencement including Heisman Trophy winner Joe Burrow, Kristian Fulton, Lloyd Cushenberry, Zachary Von Rosenberg and Blake Ferguson. The Tribute is the annual commemoration of the achievements of student-athletes both on and off the field.

Media Note:
For a list of graduates listed by hometown, please visit https://www.lsu.edu/commencement/lists/graduates/2019-12.php. For a list of graduates with honors listed by hometown, visit https://www.lsu.edu/commencement/lists/honor-graduates/2019-12.php. These lists include December 2019 graduates who have authorized the release of their names.