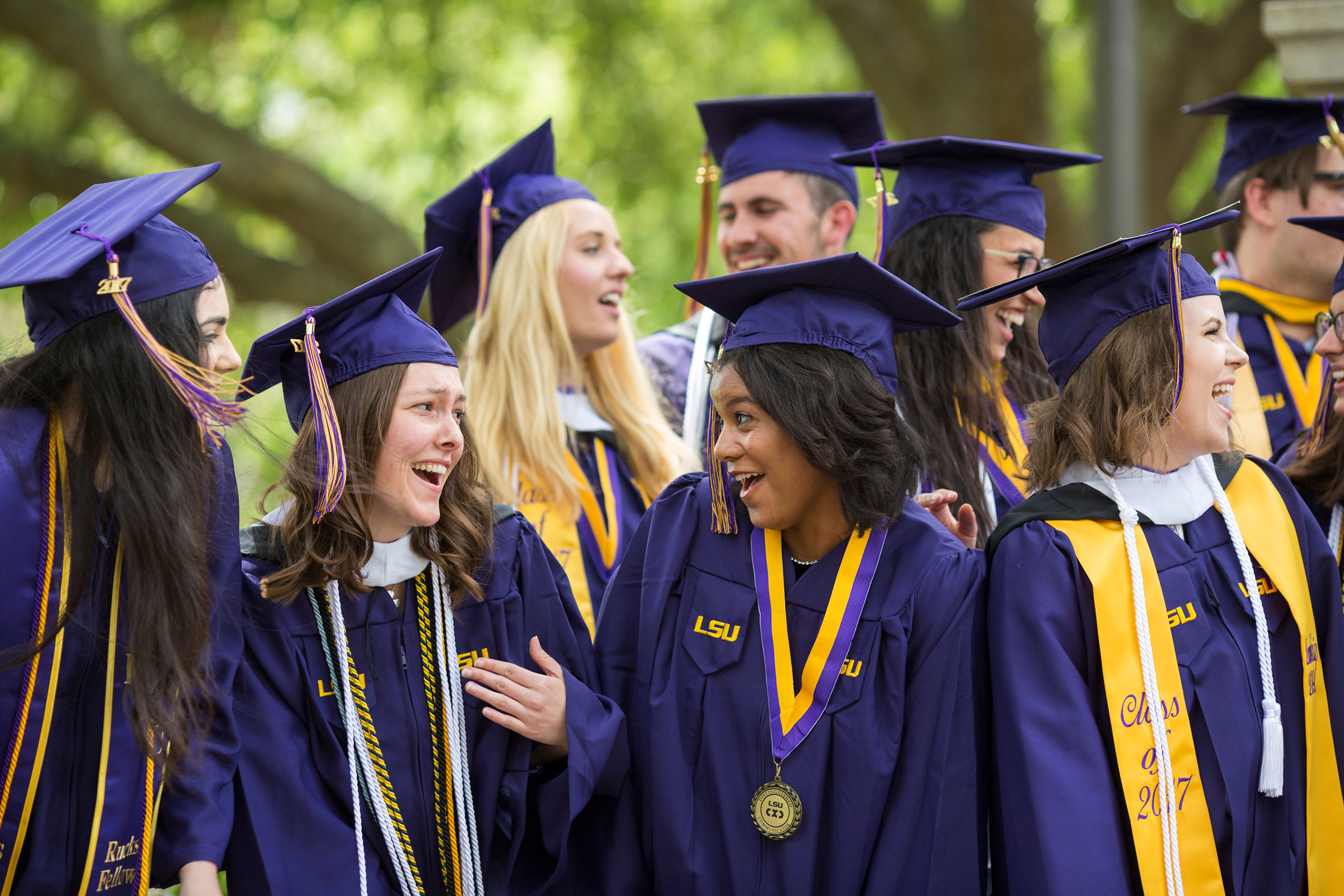 “A First Try at ROI: Ranking 4,500 Colleges" shows that LSU is #1 among SEC publics for earnings-to-debt and places LSU highly ranked among peers for return on investment metrics.

11/21/2019
BATON ROUGE – A new report from the Georgetown University Center on Education and the Workforce, “A First Try at ROI: Ranking 4,500 Colleges,” shows that LSU is #1 in the SEC among public universities in one of the important return on investment categories highlighted by the study and is highly ranked among national peers.

“While we’re excited to be at the top of the SEC’s football standings, I’m even more proud to report that we also lead the conference in yet another ranking – the return on investment for students,” said LSU President F. King Alexander. “According to this new study from Georgetown’s Center on Education and the Workforce, LSU ranks #1 among SEC public institutions when comparing earnings versus average student debt. That means that our students and graduates enjoy one of the most financially advantageous educations in the nation.”

According to the Georgetown University Center on Education and the Workforce study, LSU is highly ranked in earnings-to-debt and net present value metrics:

“An LSU education exposes students to world-class scholars and groundbreaking research, providing them with the tools they need to be competitive both nationally and internationally,” Alexander said. “Our graduates have written Academy Award winning scores, put men on the moon and landed rovers on Mars. Through our research and outreach, we seek to solve the most pressing problems in Louisiana and around the world. Simply put, no single entity has a bigger impact on the state than LSU.”

To calculate return on investment, Georgetown report uses expanded College Scorecard data to calculate the net present value and earnings-to-debt return, among other metrics, of a credential from 4,500 colleges, including traditional two-year and four-year public and private colleges, as well as for profit colleges and training academies. The center also developed an online table of the 4,500 colleges that allows users to sort data on tuition, median student debt, and median earnings for each institution.

“Everyone is asking, ‘Is college worth it?’ and we set out to try to find an answer,” said Anthony P. Carnevale, lead author and CEW director. “Not only will it help students, but this kind of information on the costs and benefits of higher education holds institutions more accountable.”

For the full report and sortable tables of 4,500 colleges and universities ranked by various ROI metrics, visit http://cew.georgetown.edu/CollegeROI.