BATON ROUGE - LSU graduate Kelly Henderson wears many hats: hair and makeup artist, stylist, blogger, podcaster and people can even watch her on a television show. 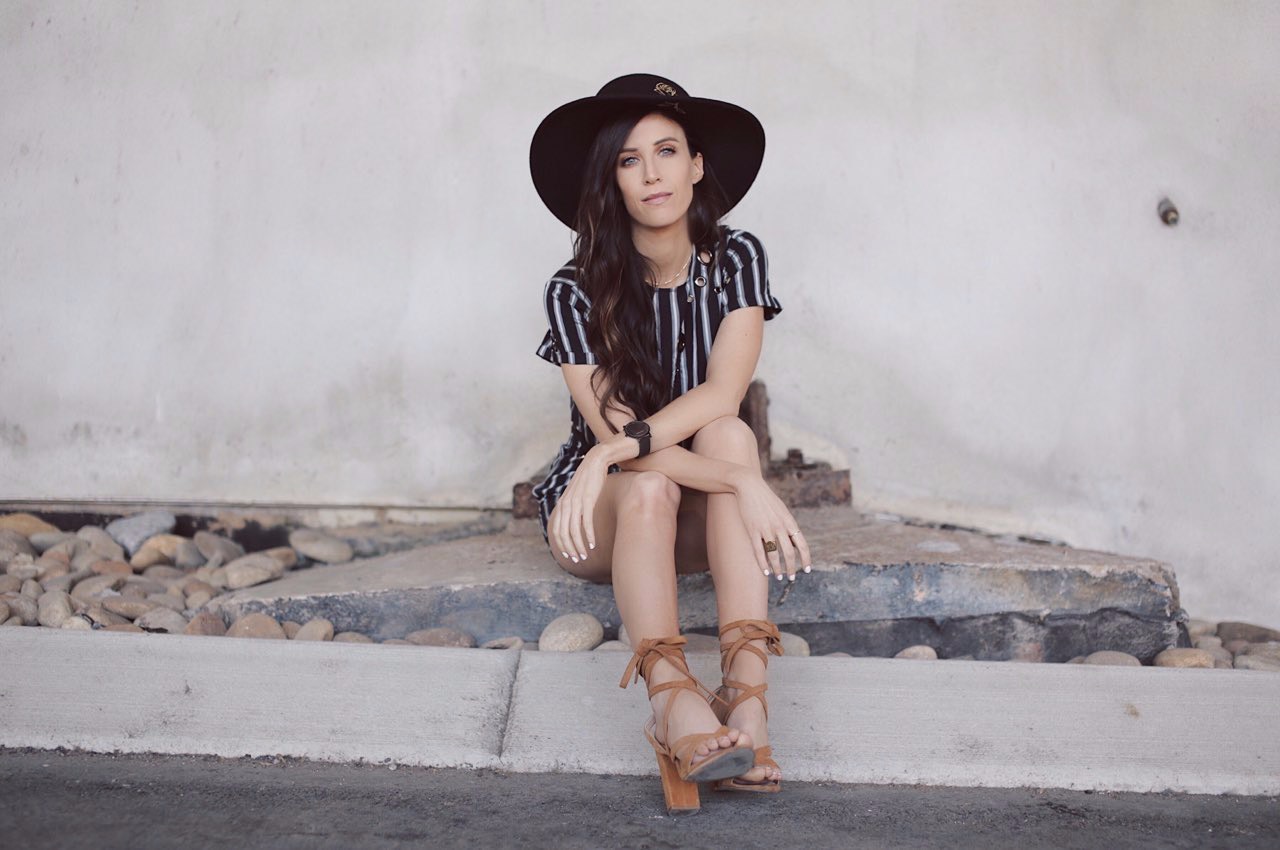 2004 LSU graduate Kelly Henderson is growing her brand in Nashville.

“I was really lucky to do an internship in Nashville my senior year at LSU in the music industry. I worked for a publicist, and I realized really quickly how interested I was in the whole entertainment scene,” she said.

Henderson received her degree in mass communication in 2004, focusing in public relations.

“The coolest part about what I learned at LSU was that I got a lot of skills, and then you have to get an internship senior year. That internship was to me, was one of the greatest experiences because as much as you learn in a school setting, it’s actually getting out into the real world that’s going to teach you. I think that’s how you figure out how you really can shine and what your true interests are,” Henderson said.

As a student, she joined the Chi Omega sorority, living in the sorority house and holding a position as sisterhood chair.

“I was really involved, and it was so fun. It’s always great to have a club of some sort, so you can have your people,” Henderson said. “I’m still really good friends with a lot of the girls that I was friends with in college.”

After graduation, Henderson headed back to Nashville.

“I worked at a modeling and acting school doing their public relations for a while. Then I moved into hair and makeup, and went back to school to get my cosmetology license and started working in that area.”

A music video shoot helped her break officially into the music industry.

“I worked sporadically with some musicians around town and then I was working on a Dierks Bentley music video doing the hair and makeup for the extras in the video. I met Dierks and I met his manager, and we happened to hit it off. He also happened to be looking for a new groomer, which is what they call men’s hair and makeup. So, they started using me, and I’ve been with him now for almost 10 years,” Henderson said.

Since then, she has worked with other country music singers and celebrities including Bobby Bones, Jason Aldean, Kip Moore and Luke Bryan. 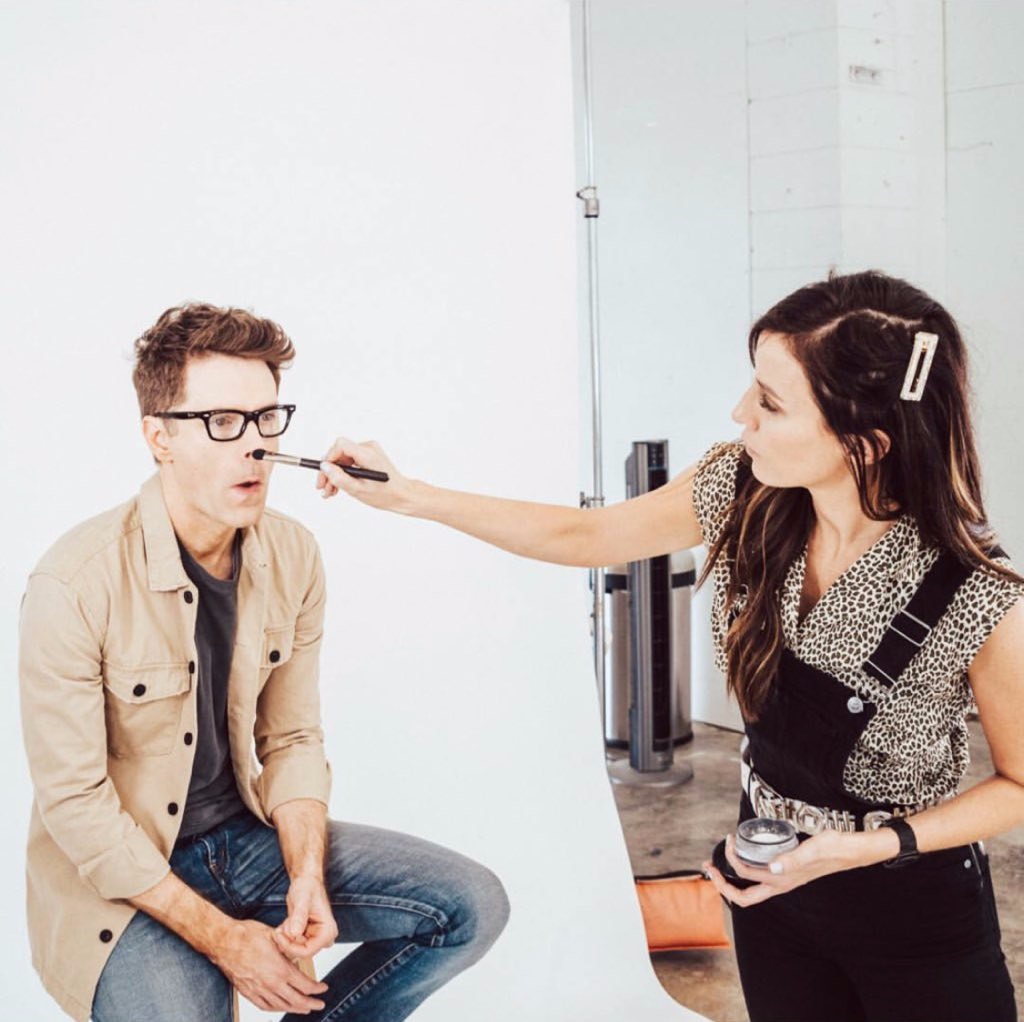 One of Kelly Henderson's clients is radio personality Bobby Bones.

“It’s exciting. Every day is so different which keeps it interesting. Plus I’ve gotten to go to so many exciting things like the Super Bowl, to the ‘Today Show,’ ‘American Idol.’ Being back stage at those types of things, like the Grammy’s, is an experience that not a lot of people get and I just feel so grateful for it.”

Then four years ago, she started a blog.

“I started Velvet’s Edge for a creative outlet. I really wanted to talk about the things that inspired me or that I’m driven by,” Henderson said. “It started out as a side business but now it has grown even further. I’m lucky to have gotten a podcast deal, and the blog is still growing and it’s becoming one of my main businesses.”

Henderson credits her LSU degree for helping her grow her business.

“I think that building my client base with my hair and makeup business, I definitely know my public relations skills and my marketing skills that I learned at LSU really helped me to build my client base,” Henderson said. “With my blog now, LSU has truly helped me build my whole brand.”

When she’s not blogging or getting celebrities ready for their close up, Henderson is in front of the camera, too. Henderson appears on E! network’s reality television show, “Very Cavallari.” The show highlights the work and life of Kristin Cavallari, a jewelry, clothing designer and author. She was also previously a part of MTV reality shows “Laguna Beach” and “The Hills.”

“Kristin Cavallari and I have been friends for eight years, it was just a really natural thing,” Henderson said. “Season two I was on a lot and that gave Velvet’s Edge some exposure. When I opened up on the show and started telling my story, I got so many messages from people, who have been through similar things, like wanting to freeze my eggs or going through a breakup. Any time you can connect with people on stories or to know I was helping people, that was one of the coolest things I got to experience.”

As for what’s next for Henderson, she said she’s focused on growing her brand.

“I think what I have been striving for in the last couple of years is to build a brand and a company that really represents who I am, what I have been through in life, what matters to me and to connect to people that way,” Henderson said.