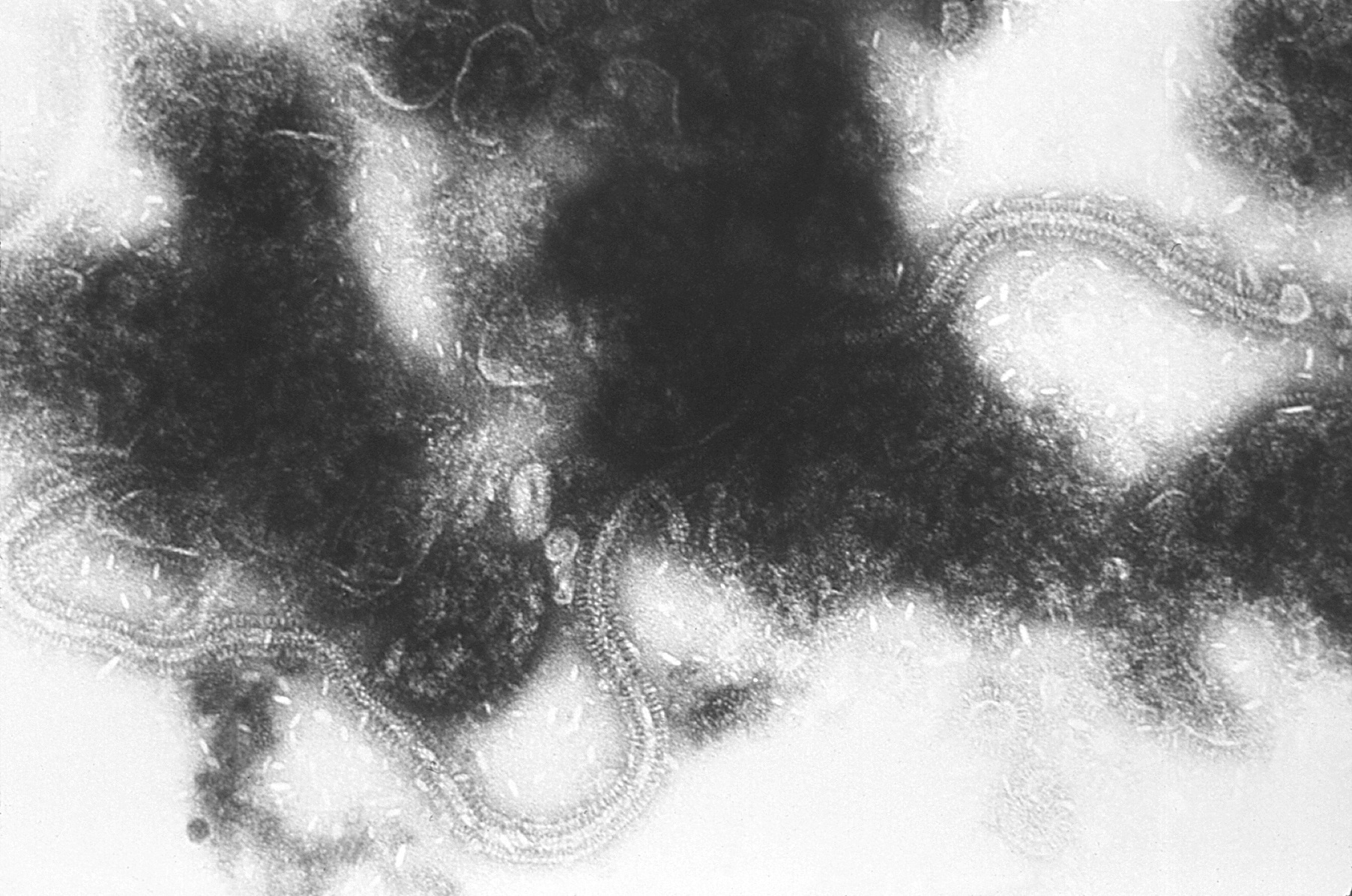 This transmission electron micrograph (TEM) depicts the liberated, chain-like, ribonucleic acid (RNA) genome of the respiratory syncytial virus (RSV) pathogen. RSV is a negative-sense, enveloped RNA virus. The virion is variable in shape and size, with a diameter ranging between 120 and 300 nm, and is unstable in the environment surviving only a few hours on environmental surfaces. Photo Credit: CDC/ Dr. Erskine Palmer

BATON ROUGE – In healthy adults, RSV, or respiratory syncytial virus, feels like the common cold with a runny nose, chest congestion and cough. However, it is the second leading cause of death in infants. In fact, nearly 40 percent of infants who contract this widespread virus develop severe bronchiolitis or pneumonia, with 1 to 3 percent hospitalized. Each year, there are about 64 million cases and about 160,000 deaths due to RSV worldwide. Contracting RSV within the first few months of life can make a child more susceptible to developing asthma later in life. The elderly and immune compromised populations, including cancer patients undergoing chemotherapy treatment, also suffer substantial morbidity and mortality. A new publication in Frontiers in Immunology by Stephania Cormier, the LSU Department of Biological Sciences Wiener Chair professor, and colleagues offers new insights for vaccine development, both active and passive, to prevent this deadly disease. This study is of particular interest following the recent failure of ResVax, an RSV vaccine by Novavax, to prevent RSV disease in infants via maternal immunization.

“Because an infant’s immune system develops gradually within the first six months of life, the immune system does not respond and fight back in the same way as an adult would when infected by RSV. Since there are currently no effective RSV vaccines available, infants are essentially defenseless against this common virus,” Cormier said.

“Vaccine developers need to look at how infants are responding immunologically to a vaccine at the site of infection. Our research shows that simply increasing circulating neutralizing antibodies is not enough to prevent disease in infants; it is also important to induce type 1 interferons,” Cormier said.

She suggests approaches to restore a normal interferon response to a vaccine, which enhances the body’s immune response providing protection from disease.

Since development of active vaccines is a long and costly endeavor, pharmaceutical companies are also interested in passively administering antibodies manufactured in the lab. For the past 20 years, the leading product of this type called Synagis has been used to reduce disease severity in the high risk population of premature birth infants. The new understanding of the host immune response to RSV suggests that improvements on Synagis need to provide both the antiviral activity and a countermeasure to the viral distortion of the host immune response.

“Because Synagis has been a useful drug, most pharmaceutical efforts have targeted the same viral protein, called the F protein, as this approved drug. However, a different viral protein, called the G protein, has been implicated as a key driver of the immune system’s weak response. Antibodies against the G protein provide antiviral activity that is as good as those targeting the F protein, while also normalizing the host immune response,” said co-author Lawrence Kauvar, chief scientific officer of Trellis Bioscience, which is close to being ready to begin testing an antibody against the G protein in human clinical trials.

In developing a new RSV vaccine for infants, the scientists urge the vaccine developers to think outside of the box.

“If we can unlock infants’ type 1 interferon response, it could potentially change vaccines for all infants. It’s exciting,” Cormier said.