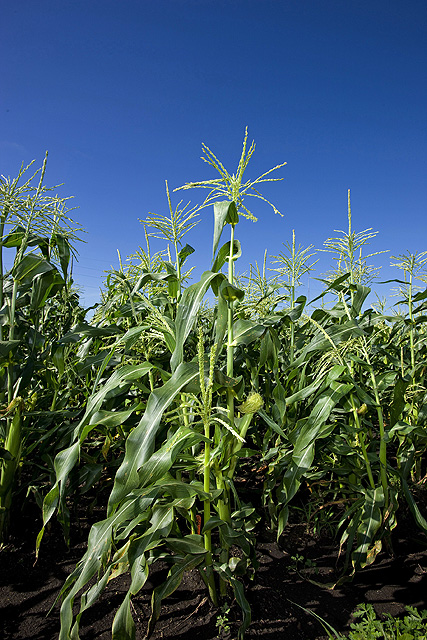 BATON ROUGE – New research on the U.S.’s most economically important agricultural plant – corn – has revealed a different internal structure of the plant than previously thought, which can help optimize how corn is converted into ethanol.

“Our economy relies on ethanol, so it’s fascinating that we haven’t had a full and more precise understanding of the molecular structure of corn until now,” said LSU Department of Chemistry Assistant Professor Tuo Wang, who led this study that was published on Jan. 21 in Nature Communications. “Currently, almost all gasoline contains about 10 percent ethanol. One-third of all corn production in the U.S., which is about 5 billion bushels annually, is used for ethanol production. Even if we can finally improve ethanol production efficiency by 1 or 2 percent, it could provide a significant benefit to society.”

It has been previously thought that cellulose, a thick and rigid complex carbohydrate that acts like a scaffold in corn and other plants, connected directly to a waterproof polymer called lignin. However, Wang and colleagues discovered that lignin has limited contact with cellulose inside a plant. Instead, the wiry complex carbohydrate called xylan connects cellulose and lignin as the glue.

It has also been previously thought that the cellulose, lignin and xylan molecules are mixed, but the scientists discovered that they each have separate domains and these domains perform separate functions.

“I was surprised. Our findings actually go against the textbook,” Wang said.

Lignin with its waterproof properties is a key structural component in plants. Lignin also poses a challenge to ethanol production because it prevents sugar from being converted to ethanol within a plant. Significant research has been done on how to break down plant structure or breeding more digestible plants to produce ethanol or other biofuels. However, this research has been done without the full picture of plants’ molecular structure.

“A lot of work in ethanol production methods may need further optimization, but it opens doors for new opportunities to improve the way we process this valuable product,” Wang said.

This means a better enzyme or chemical can be designed to more efficiently break down the core of a plant’s biomass. These new approaches also can be applied to biomasses in other plants and organisms as well. 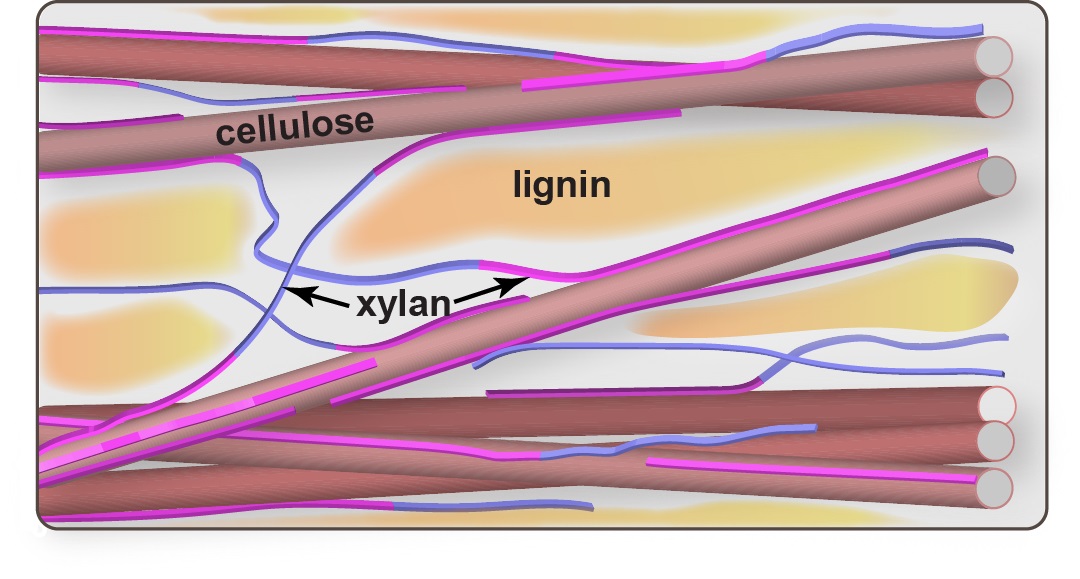 It has been previously thought that cellulose acts like a scaffold in corn and other plants and connected directly to a waterproof polymer called lignin. However, LSU chemist Tuo Wang and colleagues discovered that lignin has limited contact with cellulose inside a plant. Instead, the complex carbohydrate called xylan connects cellulose and lignin as the glue.  Image Credit: Tuo Wang, LSU.

In addition to corn, Wang and his colleagues analyzed three other plant species: rice, switchgrass that is also used for biofuel production and the model plant species Arabidopsis, which is a flowering plant related to cabbage. The scientists found that the molecular structure among the four plants are similar.

They discovered this by using a solid state nuclear magnetic resonance spectroscopy instrument at LSU and at the National Science Foundation’s National High Magnetic Field Laboratory in Tallahassee, Fla. Previous studies that used microscopes or chemical analyses have not shown the atomic-level structure of the native, intact plant cell architecture. Wang and his colleagues are the first to directly measure the molecular structure of these intact plants.

They are now analyzing wood from eucalyptus, poplar and spruce, which could help improve the paper production and material development industries as well.