LSU chapter selected from 1,500 student veteran chapters across the country 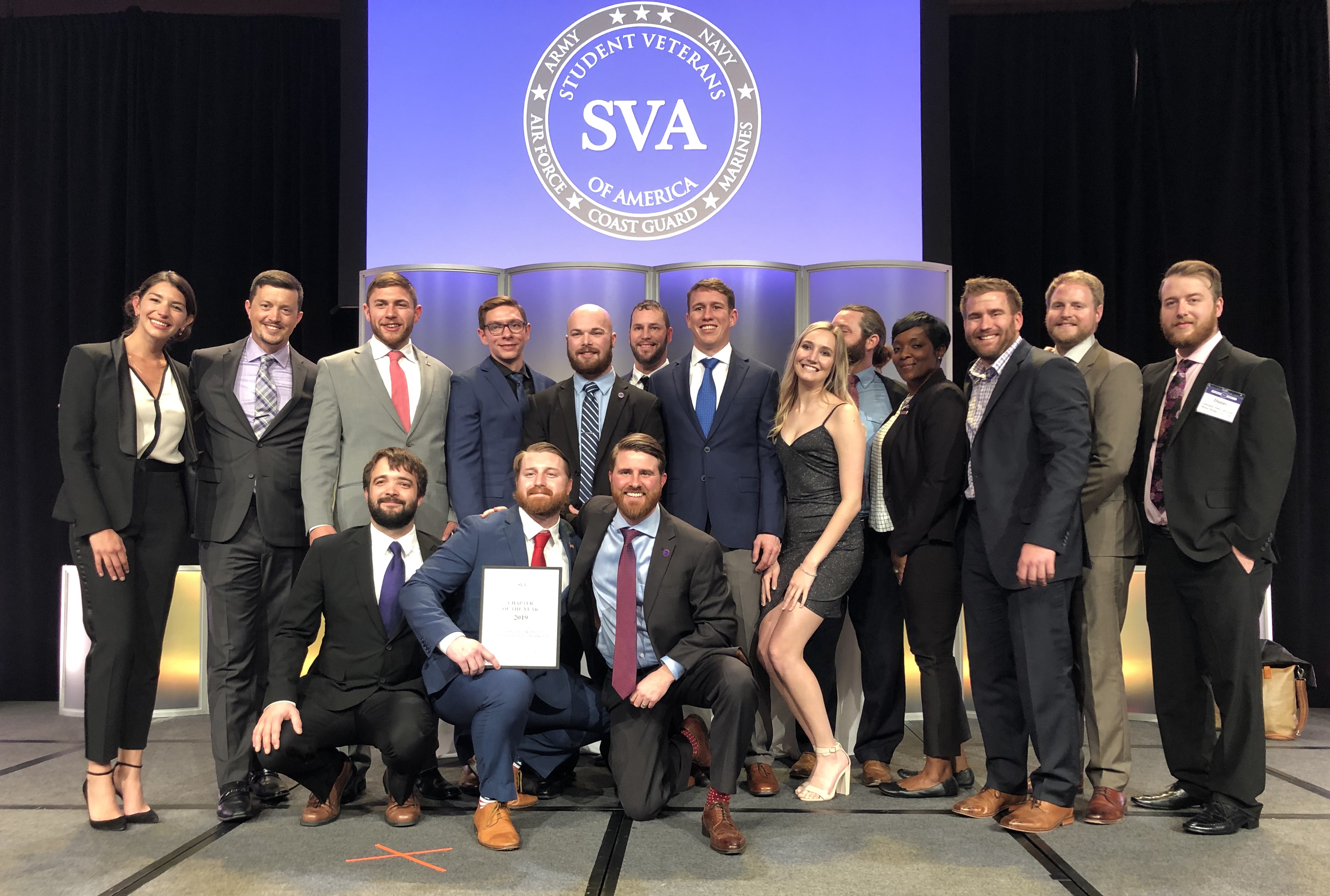 Student Veterans of America is a national organization based in Washington, D.C., that is committed to military veteran welfare and ensuring they are supported in their transition to higher education and into employment. The organization supports a network of more than 1,500 school chapters and more than 700,000 student veterans across the country.

“This is a great honor for the student veterans at LSU and for the entire LSU community,” said LSU President F. King Alexander. “This award recognizes the great work done by LSU’s student veterans collectively, along with the dedicated faculty and staff who support them every step of the way.”

Twelve members of Student Veterans of LSU attended the national conference, held Jan 3-5, in Orlando, Fla., to engage and learn from more than 2,000 of their peers and bringing home a plaque that highlights their recognition and accomplishments.

“I am immensely proud of what my chapter has accomplished, and we owe it all to the hard work of the SVLSU officers, members of SVLSU, and the love and support that we receive from LSU and surrounding communities,” said President of Student Veterans of LSU Charles Hunter, a native of Baton Rouge.

During the conference’s Honors Program, the Student Veterans of LSU chapter was recognized as SVA’s chapter of the year. This annual awards banquet is held to honor the legacy of veterans in higher education, celebrate student veteran success and showcase the outstanding contributions of those who have demonstrated leadership on behalf of veterans pursuing higher education and meaningful careers. 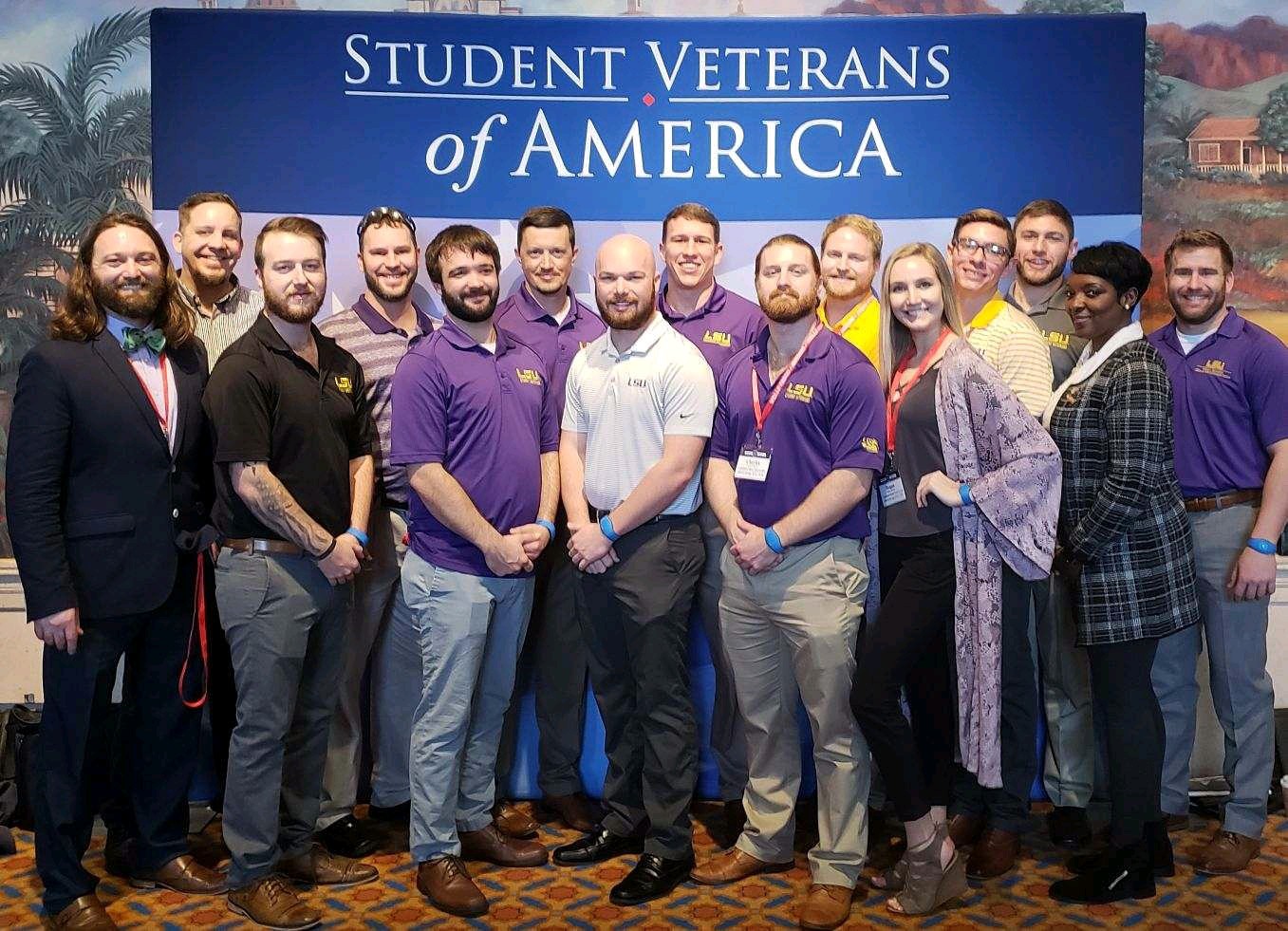 Members of Student Veterans of LSU attended the SVA National Conference in Orlando, Fla., to engage and learn from more than 2,000 of their peers and bringing home a plaque that highlights their recognition and accomplishments.Photo: Student Veterans of America

In addition to receiving the chapter of the year award, LSU Military & Veterans Program Director Sachiko Cleveland was among the five finalists for the SVA’s Advisor of the Year award.

“This is tremendous and well-deserved recognition for the LSU Student Veterans Association and to the William A. Brookshire Military & Veteran Student Center Program Director Sachiko Cleveland, whose leadership and dedication has been tantamount to the organization’s success,” said Vice President for Student Affairs Kurt Keppler.

According to Cleveland, the members of Student Veterans of LSU believe in giving back to the community. The student organization sponsors and supports several events each year both on and off campus. Veterans succeed at LSU because of the outstanding peer-to-peer support and resources devoted to their success in higher education.

“The LSU William A. Brookshire Military & Veterans Center is an integral part of LSU, serving and supporting student veterans with defining their education goals, timely graduation and post-employment,” Cleveland said. “The recognition that our students earned highlights the level of support provided by LSU and the surrounding community.”