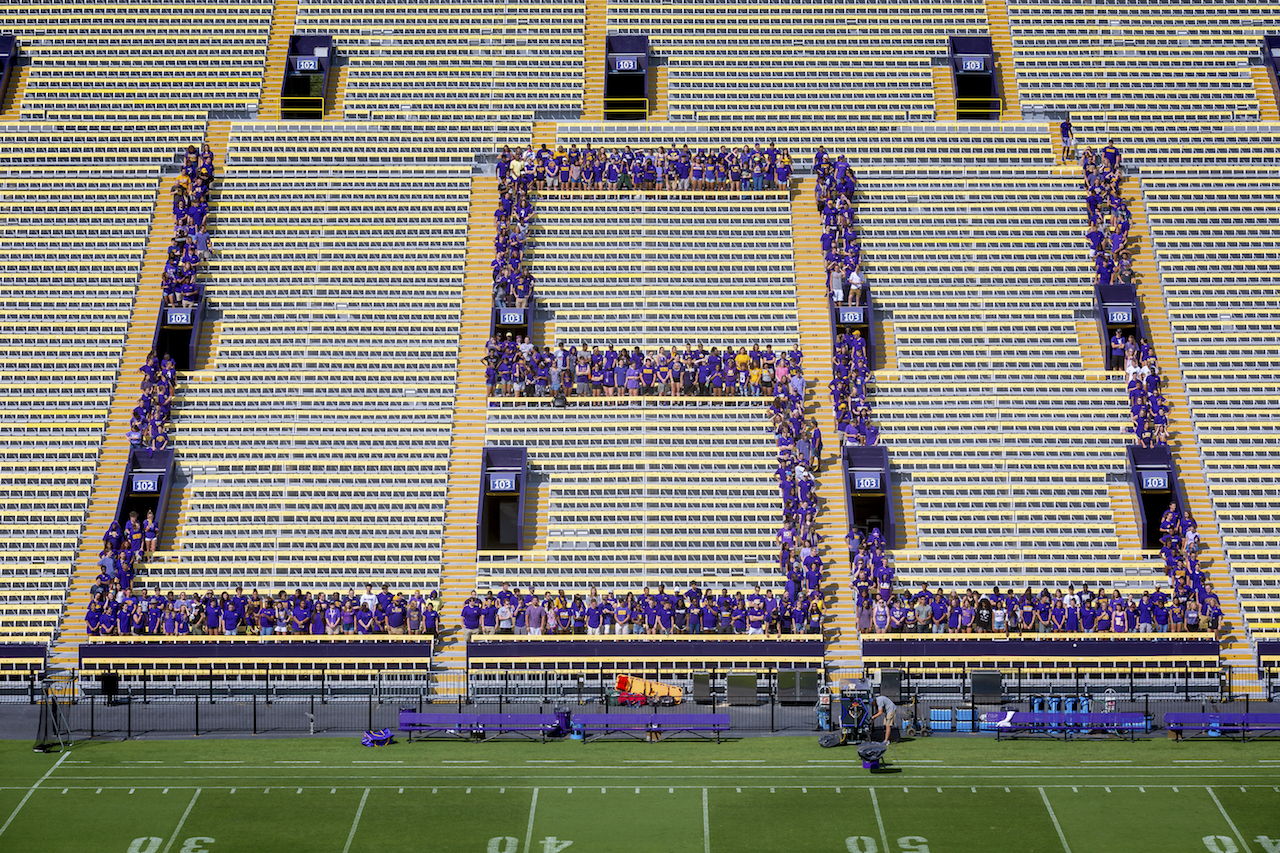 This fall, LSU has welcomed 5,803 new freshmen to campus this year, which breaks the previous record of 5,725 new freshmen enrolled in 2012.Photo: Eddy Perez/LSU

09/07/2018
BATON ROUGE – With enrollment numbers being finalized today, LSU has brought in its largest, most diverse freshman class in history. LSU has welcomed 5,803 new freshmen to campus this year, which breaks the previous record of 5,725 new freshmen enrolled in 2012.

“Over the last year, LSU modernized its entire approach to recruiting students, using a data-driven model that is the envy of our peers,” said LSU President F. King Alexander. “This has led to our record-breaking class being the most academically successful and diverse group of students we’ve ever brought in. We are excited to watch them grow and succeed at LSU and beyond.”

According to LSU’s Vice President for Enrollment Jose Aviles, LSU admitted this year’s freshman class by using the holistic review process to fully evaluate students. This method is widely considered to be the most accurate and effective way to identify students with the highest likelihood of success at a competitive research institution like LSU.

“A holistic review process is the national standard used by all the top universities, including 40 of the 50 state flagship universities across the country,” Aviles said. “Instead of looking at only two data points such as ACT scores or GPA, a holistic review is based on current research and nationally recognized best practices in college admissions. A holistic review incorporates additional factors to identify students who can be successful at our university. It is thanks to this process that we have welcomed one of the top classes of students in LSU history.”

Overall LSU’s enrollment sits at 30,758. A full breakdown of the student body and freshman class will be available after all the 14th day of class reports are complied. Sept. 7 is the 14th class day at LSU. However, early indicators are that the diversity of the incoming class is up, and in keeping true to its mission as Louisiana’s Flagship University, LSU has increased the number of Louisiana freshman students enrolled as well.

LSU’s stellar incoming class numbers come at a time when the university is being recognized nationally as one of the top colleges in the nation in rankings such as Washington Monthly and Forbes.

LSU is the highest ranked Louisiana university and is in the top half of the SEC in the Washington Monthly 2018 College Guide and Rankings. Among peer public universities, LSU is ranked 90th and 30th among flagship universities nationwide.