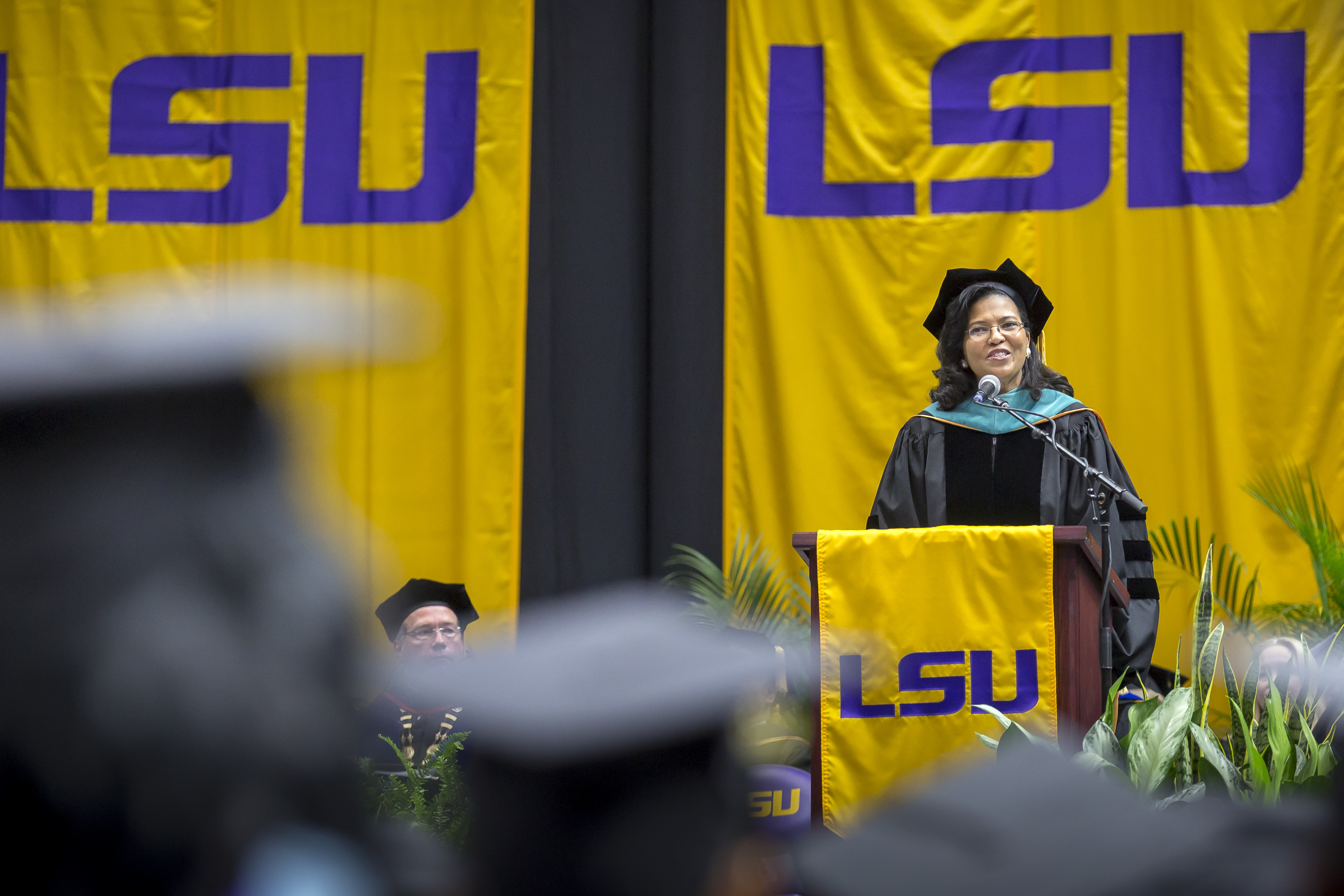 During his welcome remarks, LSU President F. King Alexander, Ph.D., who presided over the ceremony, congratulated the graduates and outlined the demographics of the summer graduating class.

“We are also excited to announce that this is the largest Hispanic summer graduating class in the history of LSU,” Alexander said.

Alexander reminded the graduates that their achievement does not solely belong to themselves, though it is reflective of their hard work, dedication, talent and intellect.

He said, “It also belongs to all the families who have sacrificed so much to see this day arrive. It belongs to citizens of Louisiana, our outstanding LSU faculty and staff, and our over 250,000 LSU alumni and friends around the globe, who believe in your capacity to make society a much more vibrant, intellectually stimulating and sustainable environment.” 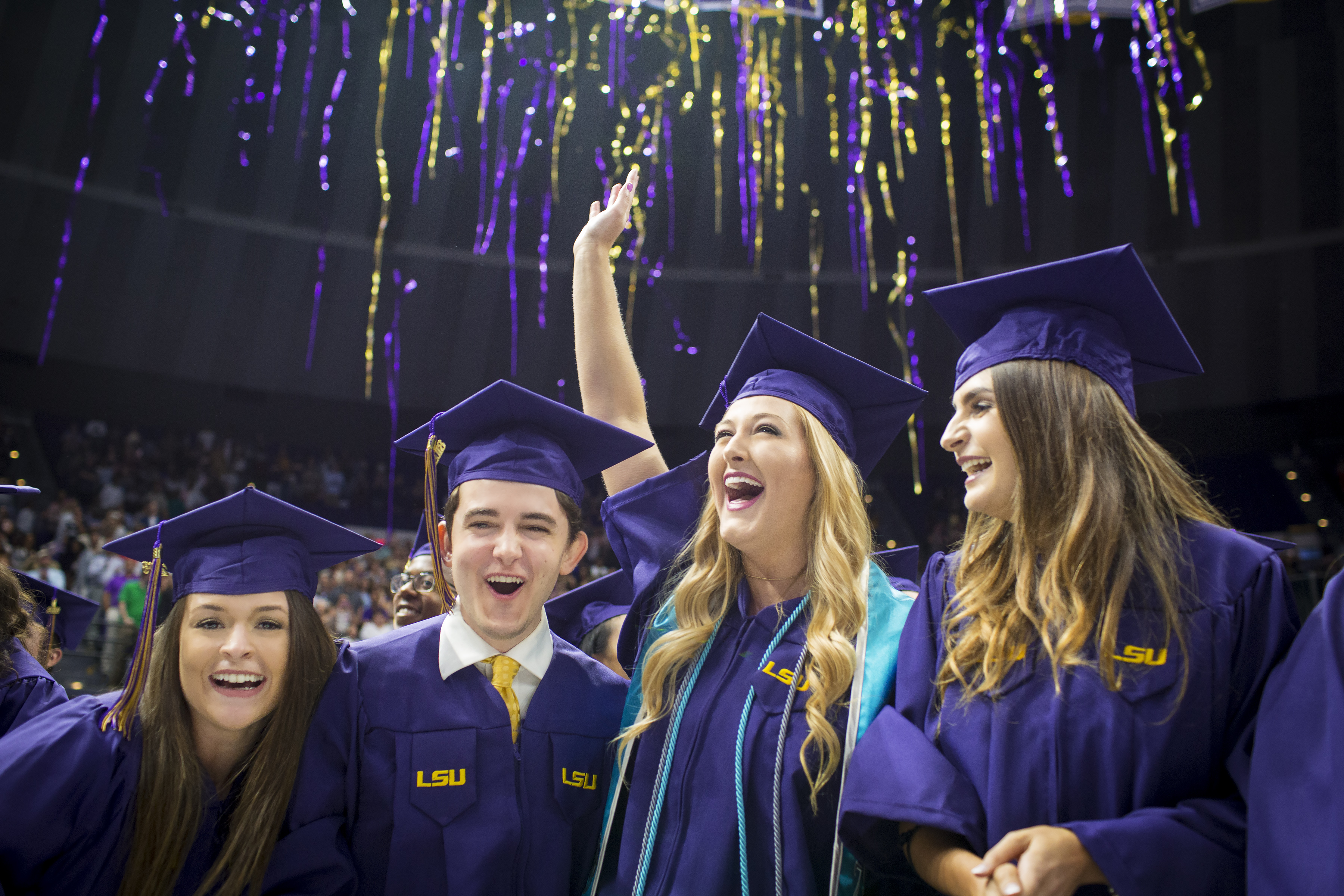 In the August 2018 graduating class, 38 Louisiana parishes, 35 U.S. states and 35 foreign countries were represented. Women made up 52.22 percent of the graduates, and men made up 47.78 percent. Photo: LSU

Alexander welcomed Reed, a two-time LSU graduate having earned her master’s degree in public administration and a bachelor’s degree in broadcast journalism, to deliver the keynote address.

“I am so happy to be home and to be a part of all who have gathered to celebrate the hard work and accomplishment that is recognized in today’s commencement ceremony,” Reed said. “To the LSU summer class of 2018, we are so very proud of all of you.”

Reed said the graduates are Louisiana’s best and brightest and that they are well equipped to write the next great chapter in Louisiana’s history.

“You are well equipped, graduates, to change this world, and we need your talents more than ever,” she said.

As commissioner of higher education, Reed serves as Louisiana’s lead advocate for talent development. She said she is committed to making sure that more people in the state have the opportunity to receive an education from an outstanding institution like LSU.

“We have to continue to push forward to ensure that opportunity it available for more of our citizens,” Reed said. “Each of you will continue to retool and seek new skills as you go about creating new jobs in your entrepreneurship and new knowledge through your research.” 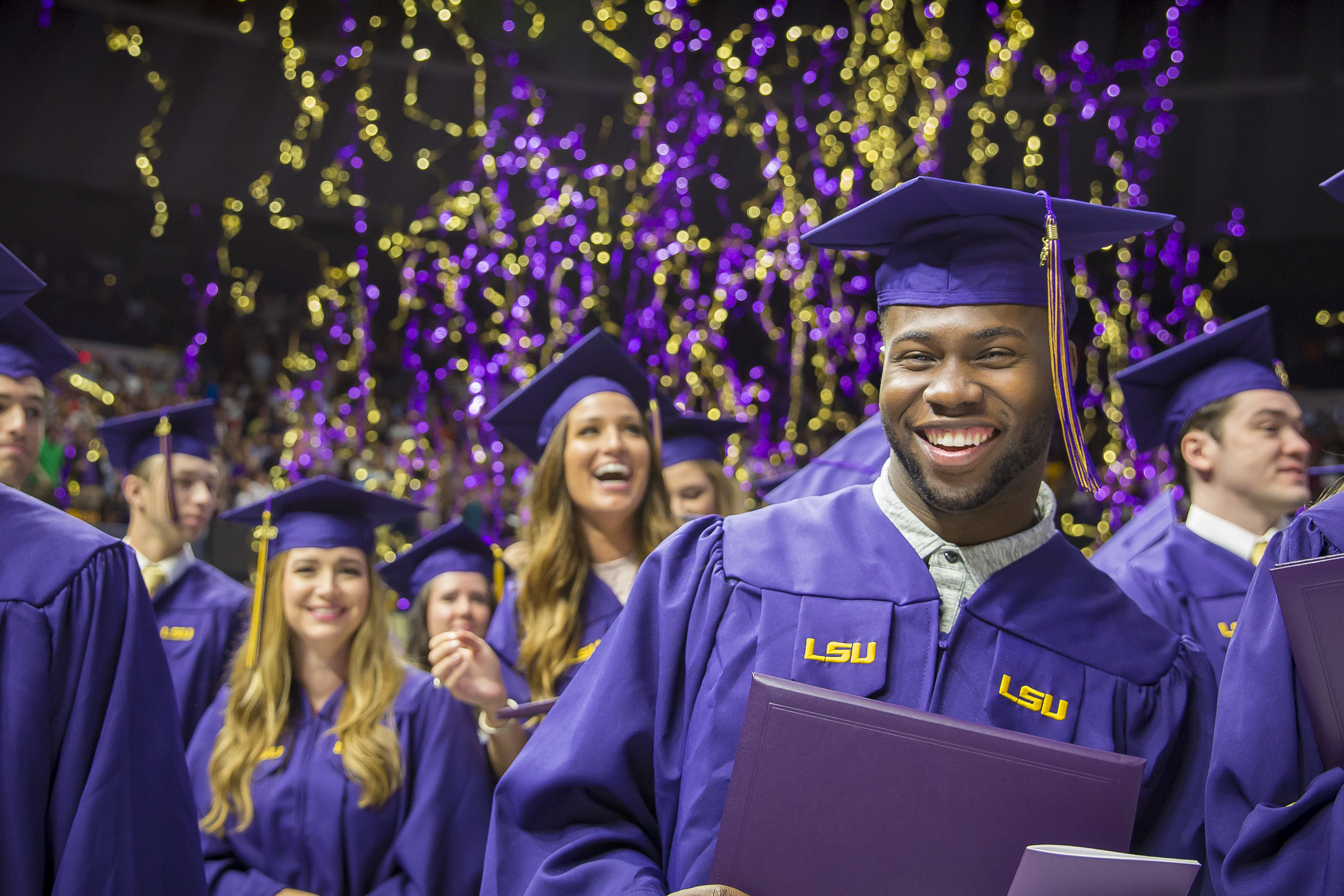 A total of 607 degrees were awarded during LSU’s 296th commencement ceremony on Friday, Aug. 3Photo: LSU

Reed said that leading and learning will be the order of the day for the graduates.

“As you walk across this stage and look toward tomorrow, I ask you to simply consider, ‘What is the it that will define your life and your career?’” Reed asked.

Reed challenged the graduates to help solve some of the world’s and Louisiana’s toughest problems.

“The baton now passes to you, graduates. Become an education champion in this state and for this institution so that the door is open for future Tigers,” she said.

Reed closed with familiar words from the LSU alma mater, “Always remember, ‘Our worth in life will be thy worth, we pray to keep it true, and may thy spirit life in us, Forever LSU! Geuax get ‘em Tigers!”

During summer commencement 18 students graduated with honors, including five students who received a University Medal for graduating with the highest undergraduate grade-point average in the class.