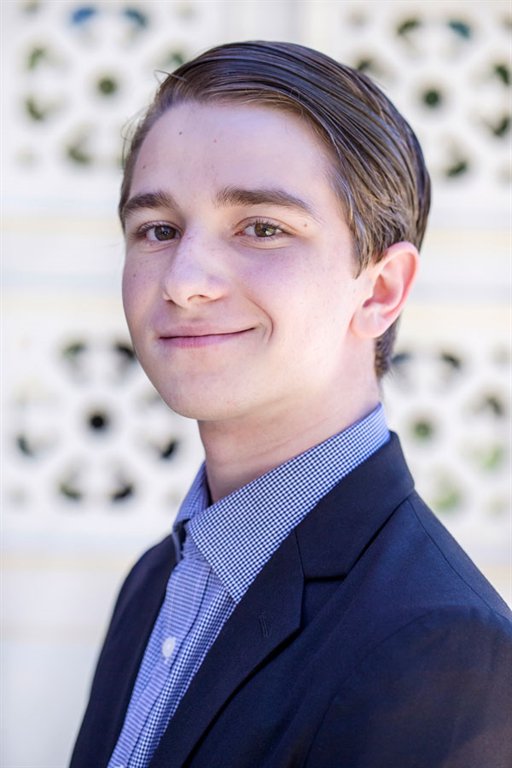 04/03/2018
BATON ROUGE – LSU College of Science and Roger Hadfield Ogden Honors College sophomore Corey Matyas has been named a 2018 Goldwater Scholar. Matyas, a native of Dahlonega, Ga., was nominated through an internal university process earlier in the year. A list of winners was released on Friday, March 30.

“We congratulate Corey Matyas on being awarded the prestigious Goldwater Scholarship,” said LSU President F. King Alexander. “We commend Corey for his academic and research achievements thus far and can’t wait to see where his commitment to pursuing a career in STEM takes him in the future.”

According to the Goldwater website, “This year 1280 students from 455 institutions were nominated for a Goldwater scholarship. We named 211 new Goldwater Scholars and identified 281 students as Honorable Mentions. The nomination files we received this year were outstanding. We clearly had to choose the best from among the best.”

“It’s increasingly difficult to win these awards, despite outstanding undergraduate achievements in science,” Ogden Honors College Dean Jonathan Earle said. “We’re so proud of all the work that Corey has done.”

Director of Fellowship Advising Drew Lamonica Arms emphasized Matyas’ volume of research at such an early stage in his academic career.

“Corey becomes LSU’s 32nd Goldwater Scholar,” she said. “To be recognized by the Goldwater Foundation as a sophomore is a tremendous achievement and speaks to Corey’s extensive involvement in research as an undergraduate here at LSU.”

Matyas is a sophomore studying physics and mathematics in the College of Science. Through his research with the Quantum Science & Technologies, or QST, Group, he has applied his computational science skills to vastly quicken intensive computer simulations of complex quantum systems and was able to modify a simulation that had run for days without completing to yield results in the span of hours.

Matyas has taught himself about high-performance computing, or HPC, and has been using HPC@LSU resources to apply his insights in both physics and software to allow for faster and more complicated computational physics simulations for all manner of quantum optical projects. His research has been under the guidance and instruction of Georgios Veronis, associate professor in the Division of Electrical Engineering and Computer Science and the Center for Computation and Technology.

“Corey has distinguished himself as a promising young researcher,” Veronis said. “He developed an innovative and highly efficient computational technique to design multilayer thin film structures, with the potential to make an impact in the area of nanophotonics for thermal and energy applications. Corey will present his work at an international optics conference later this year. Judging from his prior accomplishments, I expect him to continue making important contributions.”

After graduation, Matyas intends to pursue a Ph.D. in atomic, molecular and optical physics through the College of Optical Sciences at the University of Arizona. He plans to conduct academic research in quantum optics and quantum information and teach at the university level.

“The opportunities to pursue meaningful research at LSU have been astounding,” Corey attests. “I am fulfilled by working at the frontiers of knowledge, and I've had the freedom and support here to do so. Dr. Veronis is a devoted research mentor, and the Honors College supports my undergraduate career as a whole.”

College of Science
The LSU College of Science is an international leader in scientific research and instruction, elevating LSU to the highest level of excellence among major research universities in the U.S. and abroad. The college consists of five academic departments including biological sciences, chemistry, geology and geophysics, mathematics, and physics and astronomy, and the LSU Museum of Natural Science. Seven major fields of study and more than 20 concentrations are available to students interested in pursuing a science major at LSU. For more information on LSU’s College of Science, visit science.lsu.edu.