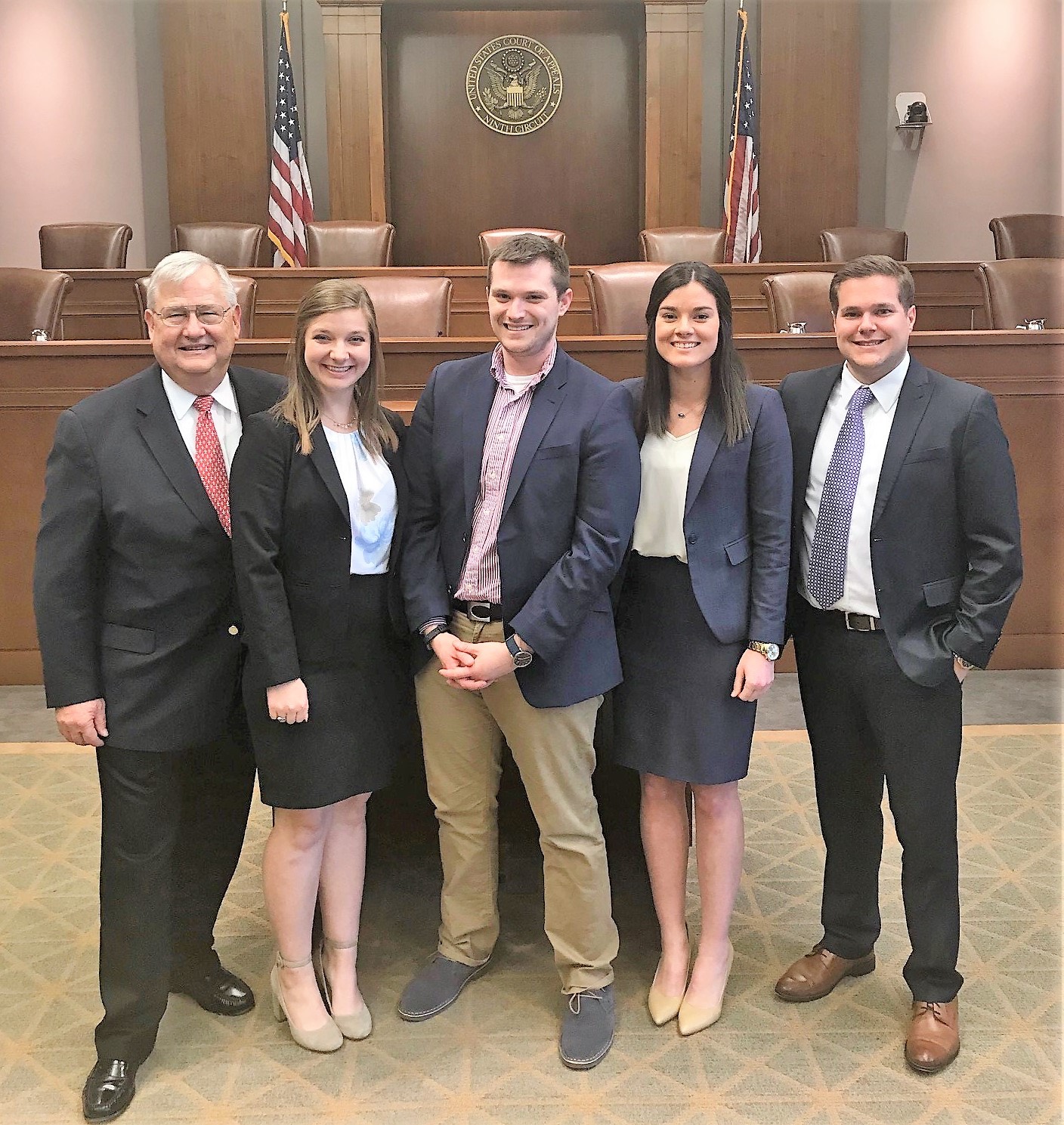 The LSU Law team advances to the World Championships of the Space Law Court Competition, which will be held in October 2018 in Bremen, Germany. LSU Law will face the winners of the European, Asian-Pacific and African rounds of the competition.

“I am ‘over the moon’ proud of our Space Law team. The hard work, determination, substantive space law and international law knowledge, and impressive advocacy skills that team members Zach Miller and Max Roberts demonstrated in every one of our practice moots clearly showed through at the competition rounds in Washington,” Brooks said. “LSU Law’s international and comparative law curriculum was essential in preparing the team for their success. It’s a privilege to coach these exceptional students, and we are excited to represent North America at the World Championships in Germany this fall.”

With wins in 2015 and 2016, LSU Law has won three of the last four national championships at the Admiralty competition. LSU Law finished runner-up in 2017. 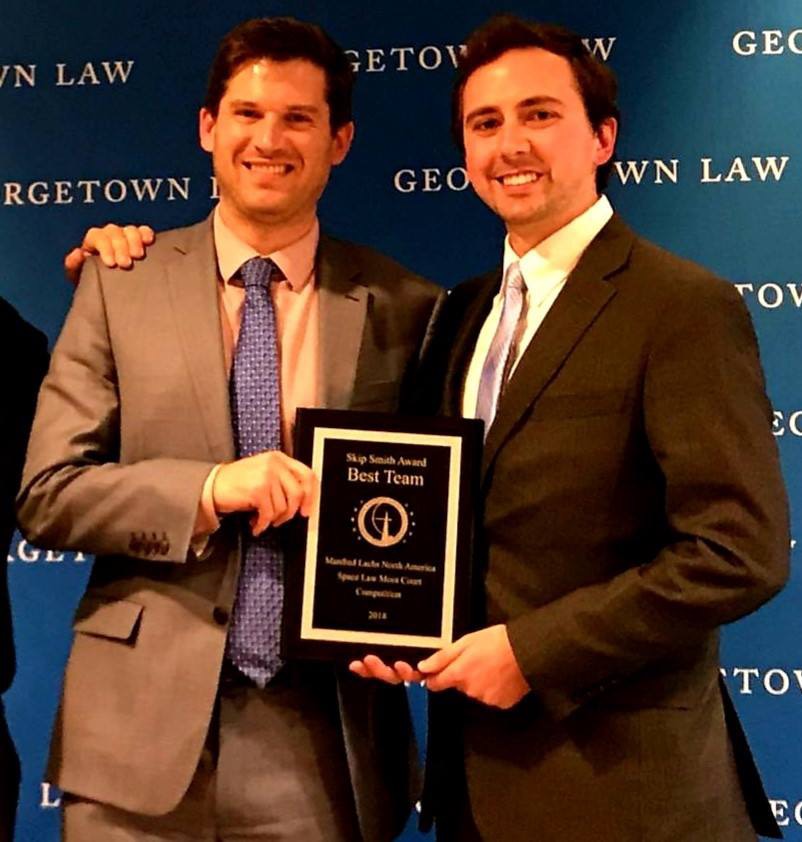 The Judge John R. Brown Admiralty Moot Court Competition is an interscholastic appellate moot court competition sponsored each year by The University of Texas School of Law. More than 30 teams from law schools across the country face off in the annual competition.

“The Admiralty teams have continued their tradition of excellence by bringing home their third national title in four years. This year’s team members produced two practice-quality briefs on what was probably the most complex admiralty problem in recent years,” Brooks said. “Coaches Dean Sutherland and Phillip Smith then worked tirelessly with the students to get them championship-ready. They spent countless hours mooting the team and working through the problem’s difficult legal issues, and they also lined up an all-star array of LSU Law alumni specialists in maritime law and LSU Law faculty members for practice moots. Practice certainly makes perfect.”

“I am incredibly proud of our students and their performances in these national competitions,” LSU Law Dean Tom Galligan said. “These competitions help develop our students’ skills as persuasive advocates, and the continued success of our advocacy teams shows that our students leave LSU Law prepared for legal practice.  Three national championships in one year is pretty special.”

The LSU Law Center’s Advocacy Program is one of the largest law student advocacy skills training programs in the United States. More than 150 students participate annually in six internal competitions, more than 25 traveling competition, a series of skills workshops and boot camps, and related skills courses to develop their skills as persuasive advocates.