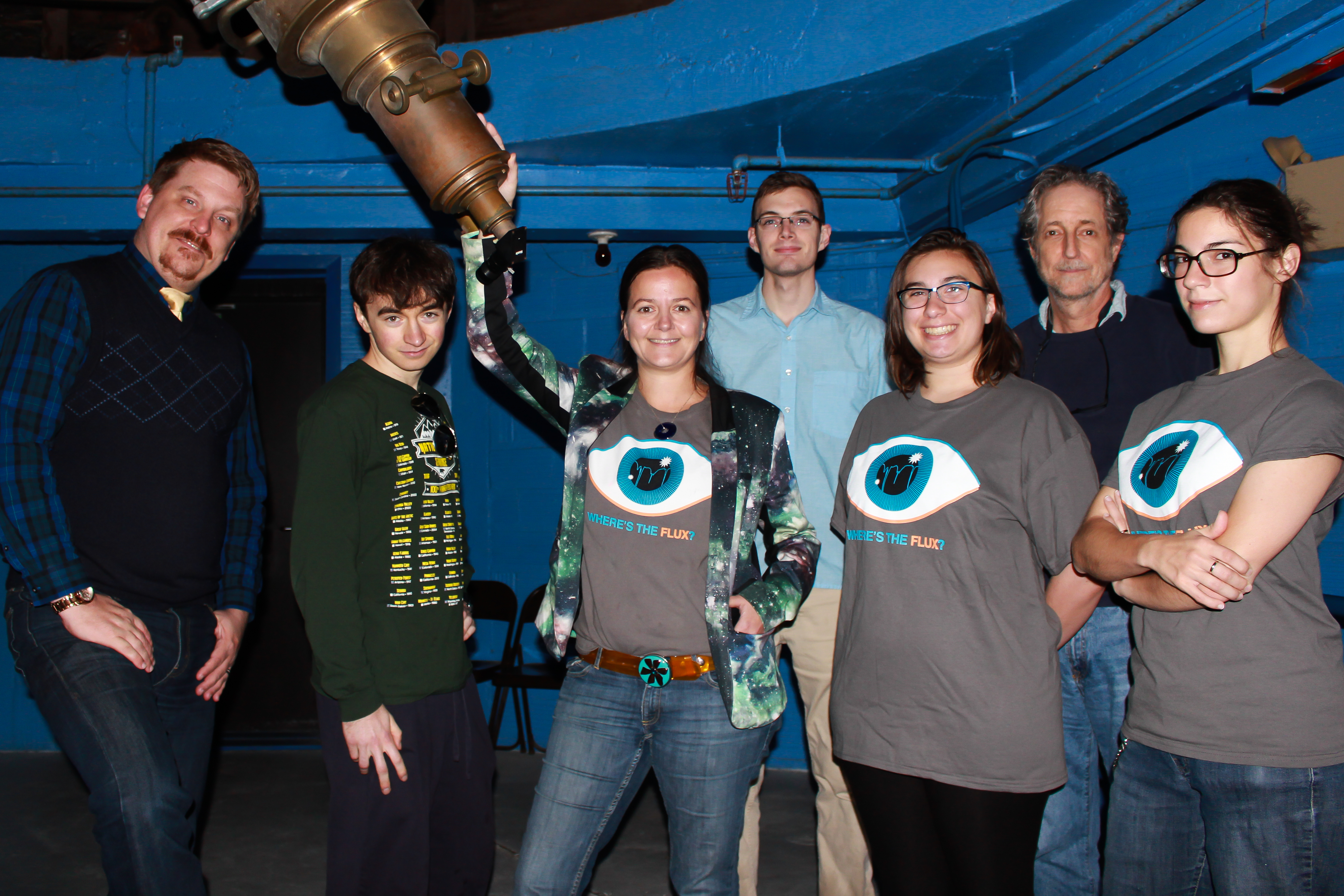 BATON ROUGE – A team of more than 100 researchers, led by LSU Department of Physics & Astronomy Assistant Professor Tabetha Boyajian, is one step closer to solving the mystery behind the “most mysterious star in the universe.” KIC 8462852, or “Tabby’s Star,” nicknamed after Boyajian, is otherwise an average star. It is about 50 percent bigger and 1,000 degrees hotter than the Sun. It is more than 1,000 light years away. However, it has been inexplicably dimming and brightening sporadically like no other. Several theories abound to explain the star’s unusual light patterns including an alien megastructure orbiting the star.

The mystery of Tabby’s Star is so compelling that more than 1,700 people donated over $100,000 through a Kickstarter campaign in support of dedicated ground-based telescope time to observe and gather more data on the star through a network of telescopes around the world. As a result, a new body of data collected by Boyajian and colleagues in partnership with the Las Cumbres Observatory is now available in a new paper in The Astrophysical Journal Letters.

“Dust is most likely the reason why the star’s light appears to dim and brighten. The new data shows that different colors of light are being blocked at different intensities. Therefore, whatever is passing between us and the star is not opaque, as would be expected from a planet or alien megastructure,” Boyajian said. 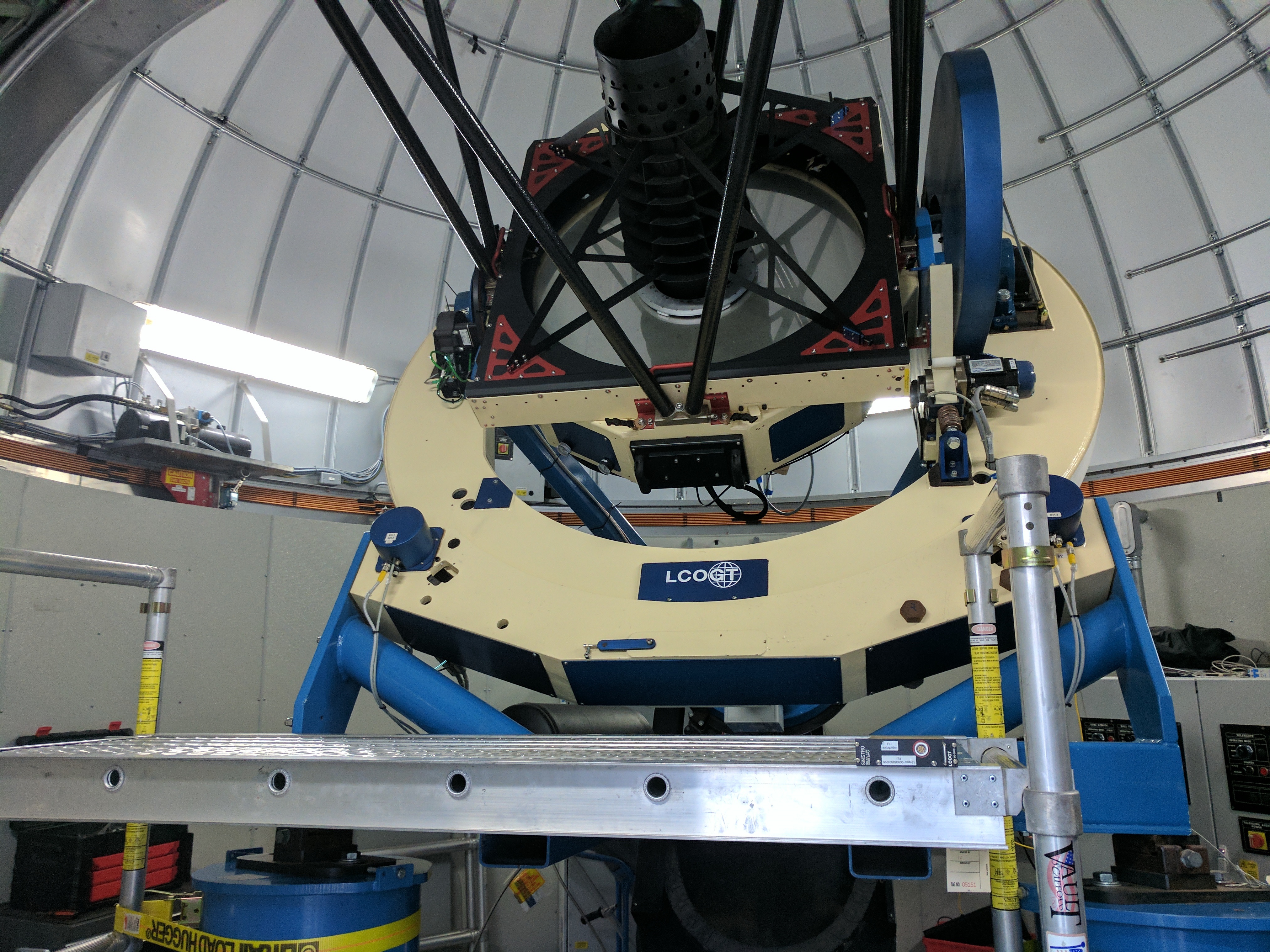 One of the many robotic telescopes part of the Las Cumbres Observatory used to observe Tabby's Star.Photo Credit: LSU.

The scientists closely observed the star through the Las Cumbres Observatory from March 2016 to December 2017. Beginning in May 2017 there were four distinct episodes when the star’s light dipped. Supporters from the crowdfunding campaign nominated and voted to name these episodes. The first two dips were named Elsie and Celeste. The last two were named after ancient lost cities — Scotland’s Scara Brae and Cambodia’s Angkor. The authors write that in many ways what is happening with the star is like these lost cities.

“They’re ancient; we are watching things that happened more than 1,000 years ago. They’re almost certainly caused by something ordinary, at least on a cosmic scale. And yet that makes them more interesting, not less. But most of all, they’re mysterious,” wrote the authors.

However, the method in which this star is being studied signals a new era of astronomy.

“We’re gathering so much data on a single target. This project is reflective of changes in astronomy with the access to this flood of data,” said Tyler Ellis from Spokane, Wash., an LSU doctoral candidate studying this star.

Citizen scientists, the Planet Hunters, sifting through massive amounts of data from the NASA Kepler mission were the ones to detect the star’s unusual behavior in the first place.

“If it wasn’t for people with an unbiased look on our universe, this unusual star would have been overlooked,” Boyajian said. “Again, without the public support for this dedicated observing run, we would not have this large amount of data.”

Still, there are more answers yet to be found.

“It’s exciting. I am so appreciative of all of the people who have contributed to this in the past year – the citizen scientists and professional astronomers. It’s quite humbling to have all of these people contributing in various ways to help figure it out,” Boyajian said.

The most mysterious star in the universe, TED: https://www.ted.com/talks/tabetha_boyajian_the_most_mysterious_star_in_the_universe