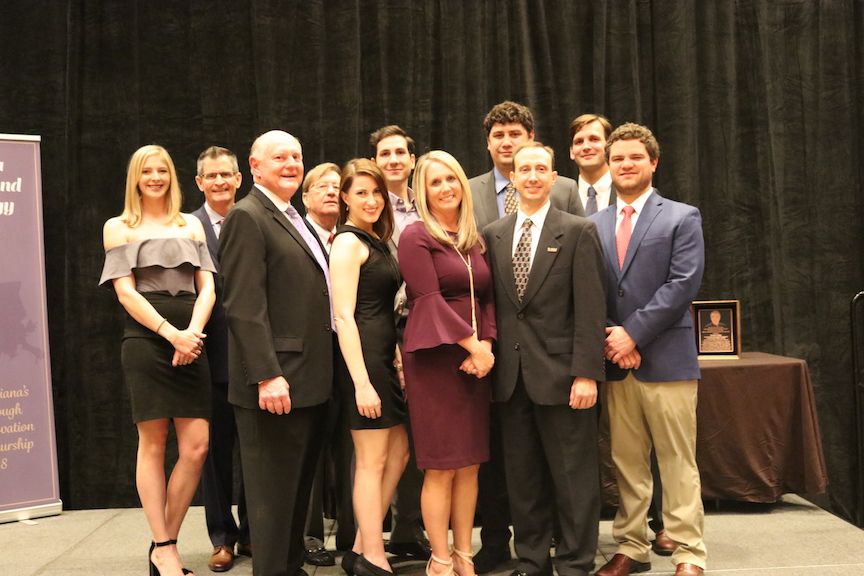 The Louisiana Business Technology Center at LSU Innovation Park celebrated its 29th anniversary on Nov. 9 at the Renaissance Hotel Baton Rouge, where current and graduate companies were honored for their success and impact on the local economy. Photo: LBTC

11/15/2017
BATON ROUGE – The Louisiana Business Technology Center, or LBTC, at LSU Innovation Park celebrated its 29th anniversary on Thursday, Nov. 9, to recap the year and honor its top clients, innovators and student workers. Established in 1988, the LBTC documented the creation of nearly 10,000 Louisiana jobs and assisted client companies in raising more than $169 million in equity and investments.

The anniversary celebration, held at the Renaissance Hotel Baton Rouge, recognized current and graduate companies for their success and impact on the local economy. The award winners were:

2017 LBTC Graduate of the Year

2017 Student Incubator Company of the Year

2017 Student Incubator Graduate of the Year

2017 ProtoStripes Client of the Year

2017 MBA Graduate Student of the Year