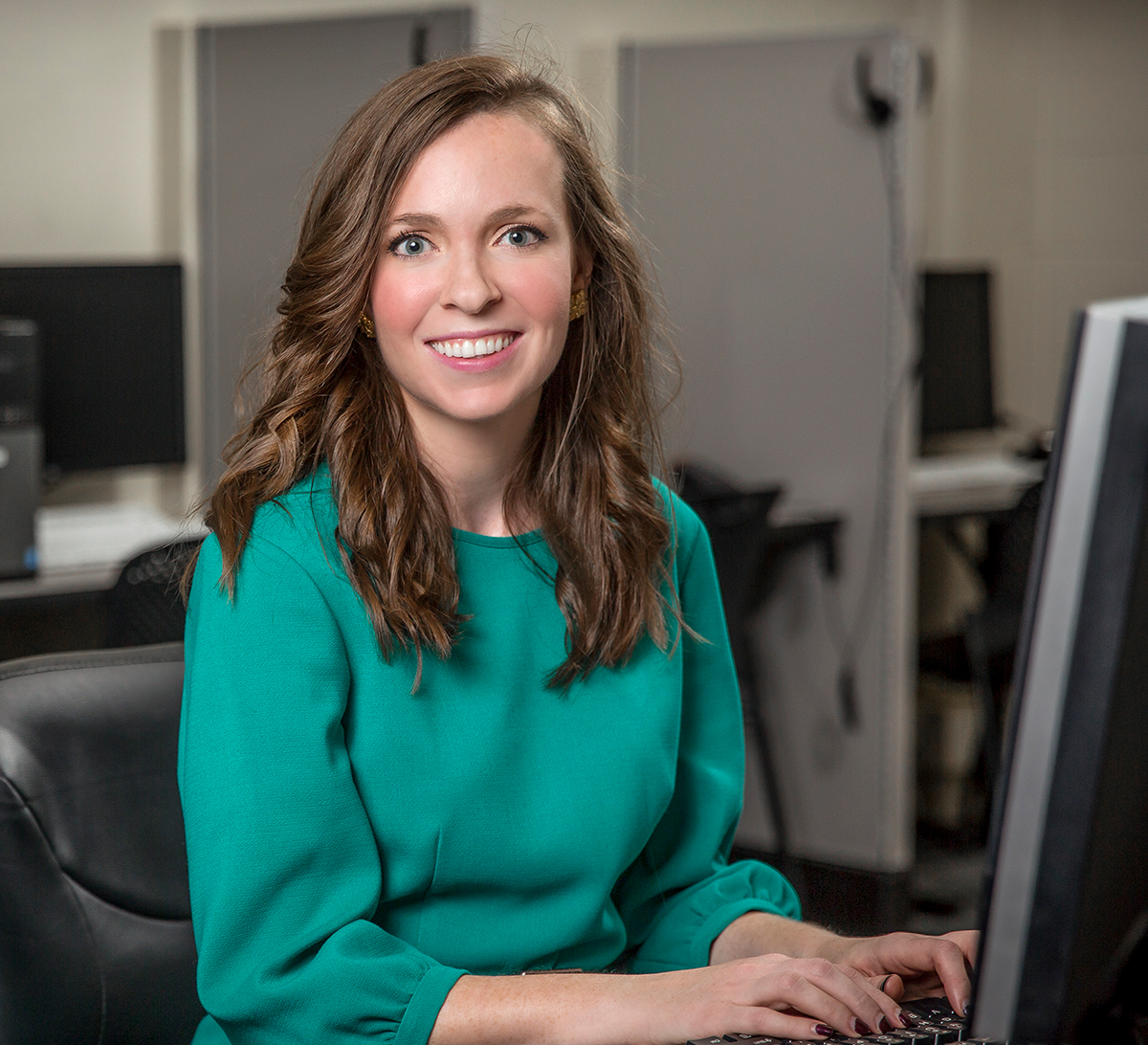 Assistant Professor Kathleen Searles holds a joint appointment in the Manship School of Mass Communication and the Department of Political Science at Louisiana State University. She is affiliated faculty with the Multidisciplinary Institute for Neuroscience Discovery and the Media Effects Lab, both at Louisiana State University. Her interests include news media, campaign advertising, and political psychology. During the last presidential election she received several grants to support her research using eye-tracking technology, part of a broader agenda which influenced the advertising landscape of the 2016 presidential election.  Her work has appeared in journals such as Public Opinion Quarterly, The Journal of Computer Mediated Communication, Political Research Quarterly, Political Communication, Journal of Experimental Political Science, Information Communication & Society, PLOS ONE, Journalism, International Journal of Public Opinion Research, International Journal of Communication, and Political Psychology. She is currently working on a co-authored book manuscript with Oxford University Press which investigates the effects of mobile devices on information processing. Recently she edited two special issues; one for Public Opinion Quarterly on news coverage of public opinion, and the second for Political Communication on innovations in methods and measures. She is a founding editorial board member for Women Also Know Stuff, an organization designed to amplify the voice of women political scientists in public discourse and decrease the gender imbalance in media representation of experts, where she serves as Chair of the Social Media & Promotion Committee.

A grant from the Reilly Center provided seed money which was then leveraged to secure an external grant from the Democracy Fund ($75,000). This project, “Increasing Women Sources in News,” examines journalistic sourcing routines and tests the effectiveness of sourcing interventions. Broadly, this work recognizes that the public learns of expertise through the news, and yet news outlets around the world primarily source men. This gender imbalance not only limits women’s representation, it reduces their influence in the public sphere and diminishes the quality of our public discourse. Because of the Reilly Center’s support, the research team can take actionable steps towards better understanding why this imbalance occurs, and how to fix it.

Meet Dr. Searles and her research.

"You Can't Be What You Can't See: Investigating Gender Inequality in News Sourcing"