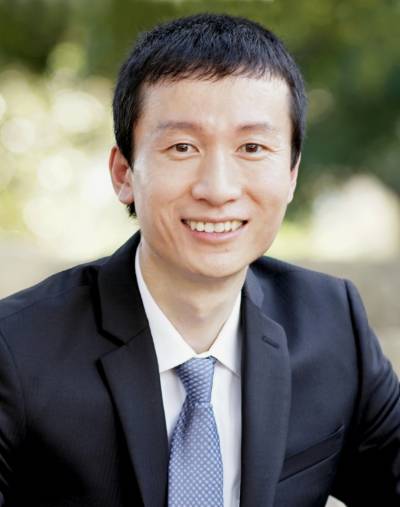 BATON ROUGE, LA – Now that half the world is confined to using the Internet for work, ordering food, and staying abreast of the latest news, long loading times can mean an even greater sense of frustration for consumers stressed by the coronavirus. That same frustration applies to companies on the other side of the supply chain whose sales are affected by latency.

LSU Computer Science and Engineering Assistant Professor Qingyang Wang is working on a project to minimize these online hiccups, giving Internet users and companies what they need when they need it.

Wang’s project, which he has worked on for the past five years, received its first grant of $162,249 from the Louisiana Board of Regents in 2015. The second grant, in the amount of $175,000, came from the National Science Foundation the following year and ended last December.

The goal of Wang’s project, titled “A Study of Milli-bottlenecks: Understanding and Reducing Latency Long-Tail Problem of n-Tier Web Applications in Cloud,” is to find out what causes a time delay in the n-Tier, which is a client-server architecture in which presentation, application processing, and data management functions are physically separated. Cloud computing is the practice of using a network of remote servers hosted on the Internet to store, manage, and process data, rather than a local server or personal computer.

According to Wang, one of the lingering challenges in cloud computing is Resource Utilization Paradox, which is at 18% on average (moderate utilization is at 50%). Imagine information as oil in a pipeline. The bigger the pipe, the more oil can flow through without any obstructions. This means there is 100% utilization. However, data is more comparable to humans driving in traffic. Drivers prevent traffic from flowing at 100% utilization due to problems such as not pulling up when there is space between their car and the car in front of them, a car breaking down, or a distracted driver holding up traffic. When a driver isn’t moving, they are lacking efficiency by wasting time and gas. The same goes for information in a queue, except it is wasting computer resources and power.

“My previous research shows a leading candidate for causing such a latency long-tail problem is a class of milli-bottlenecks with a very short lifespan, tens of milliseconds,” Wang said. “Though short-lived, milli-bottlenecks can cause wide variations in application response time due to the complex resource dependencies in the system.”

To remedy these bottlenecks, Wang first ran large-scale experiments to explore novel causes that create milli-bottlenecks in the cloud. Secondly, he built a performance model of the bottlenecks to determine the mechanisms that amplify virtual small block (VSB) effects into a latency long-tail problem. Lastly, he designed and evaluated solutions that prevent or avoid the amplification of VSB effects into long latency.

With 60% of enterprise applications being web-facing—such as eBay, Amazon and PayPal—Wang hopes to save companies time and money.

“Amazon reported that every 100 millisecond increase in the page load time correlates to a decrease in sales by 1%,” he said.

Considering Amazon made $233 billion last year, that one percent makes a difference.

A second project Wang is working on, for which he received a $200,000 NSF grant, investigates cyberattacks that exploit these milli-bottlenecks and will lead to him developing mitigation tools to help combat them. LSU CSE undergraduate and graduate students will assist in Wang’s research.

In a world where time is money, Wang’s research is sure to save a buck and plenty of time.