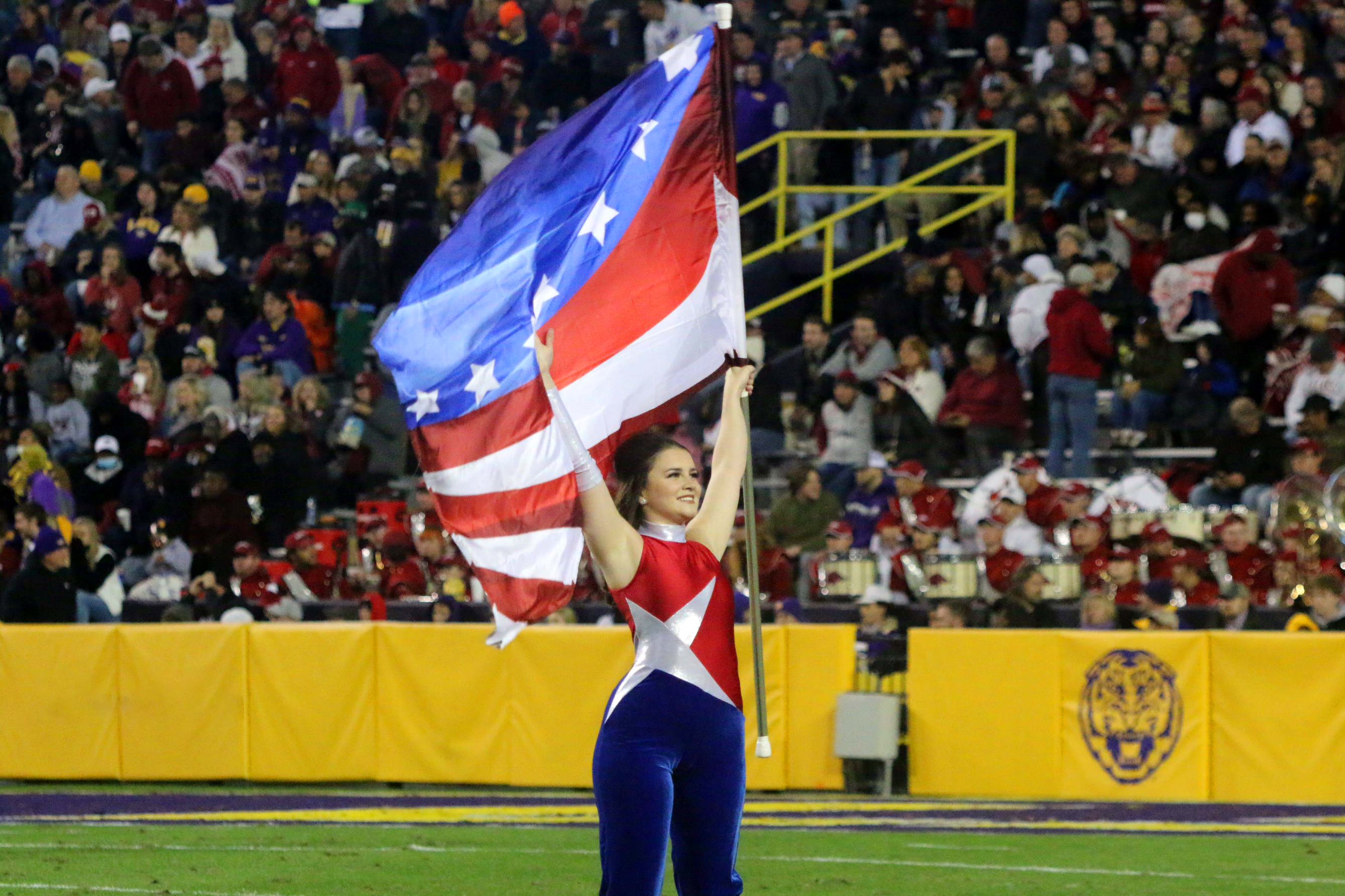 A committee of judges from the College Band Directors National Association (CBDNA) has recognized the LSU Tiger Marching Band for their November 2021 show Land of the Free Because of the Brave, and invited the band faculty to present at the 2022 CBDNA Southern Regional Conference, to be held February 24-26, 2022 in Columbia, SC.

Land of the Free Because of the Brave was comprised of recognizable works such as Lift Ev’ry Voice and Sing, James Brown’s Livin’ in America, and a medley of Armed Forces service tunes. The conference presentation on Land of the Free Because of the Brave will consist of Kelvin Jones, Director of the Tiger Band and Assistant Director of Bands in the LSU School of Music, leading a discussion of the background, development, and direction of the show, followed by a QA session with other college band directors from the southern region.

“It is always humbling and an honor to be recognized by our peers,” Jones said. “We have special students here at LSU; their ability to execute a show of this magnitude at such a high level with under two weeks of preparation was extraordinary.”

The band opened the show with a formation of unity as a sign of solidarity, continued with a visual recognition of each U.S. military branch, and finally closed with a soldier saluting the American flag. Music for Land of the Free Because of the Brave was arranged by Chandler Wilson, Scott Boerma, and Dennis Llinás, with visual design by Kelvin Jones.

“So much has happened in our society since the last time we were on the field due to the pandemic,” Jones said. “We wanted to highlight the social justice endeavors of the Tigers United campaign and honor those sacrificing their life to protect our liberties and freedoms and make everything we have in America possible.”

About The Tiger Band

The LSU Tiger Marching Band – “The Golden Band from Tigerland” – is one of the largest and most visible single organization on LSU’s campus, with an auditioned membership of 325 students. These individuals come from a variety of degree programs across the university; approximately 80 percent of members are majoring outside of music. Recognized nationally for its outstanding achievements by the John Philip Sousa Foundation and an inductee to the Louisiana Music Hall of Fame, the Tiger Band has performed at high-profile venues such as NFL games, Walt Disney World and the St. Patrick’s Day Parade in Dublin, Ireland.

The 2021 – 2022 Tiger Marching Band is under the direction of Kelvin Jones, with assistance from Dontay Douglas, Simon Holoweiko and instructional staff.