Michael Panther Mayen was born in South Sudan, during a violent civil war and grew up never knowing peace. He was an energetic, healthy kid until he became very sick at age 10. There were no medical facilities in South Sudan, and neither Michael nor his family knew what was wrong. Fortunately, a small plane arrived with humanitarian aid workers. The aircraft transported Michael to a refugee camp in Kenya, where mission doctors examined him. Following the exam, doctors placed him on a waiting list to go to the hospital. Michael waited for six months. From the time he became ill to the time he arrived at the hospital, two years passed.

Michael on his first day of school in Kenya

He arrived at the hospital in 2005, paralyzed from the chest down. X-rays and tests showed he had active tuberculosis involving his spine, causing a kink, which put pressure on his spinal cord. Mission doctor, Tim Mead, performed the first of multiple surgeries. Despite promising signs early in his recovery, Michael developed life-threatening complications. He faced additional surgeries, even dying on the table during one of the procedures. Michael survived but his motor function never returned, and he would require the use of a wheelchair for the rest of his life. Michael would be unable to return home to South Sudan.

After many discussions, Tim Mead and his wife, Jana, decided they would take care of Michael and allowed him to go to school and live a different life than what he had known. Michael attended his first day of school in 2007 and graduated in 2012 in Kenya. In the same year, Michael moved to the U.S. to further his education. Initially landing in Michigan, he planned on attending school there but found he did not like the snow. A friend suggested Louisiana State University when Michael asked her to recommend a good university in a warmer climate. He looked at LSU and saw the school had everything: great academics, excellent research programs, world-class professors, and rich culture and diversity. He enrolled at LSU and pursued a degree in economics with a focus on economic development so he could one day return home to help South Sudan build an economy to better the lives of its citizens.

Michael was involved in many student organizations holding many leadership roles on campus, including being the president of the International Student Association, executive director of Students Outreach in Student Government, and founder of the LSU Disability Student Organization. During his senior year in 2015, the student body elected him Homecoming King, making Michael the first international student to receive such an honor. He graduated in December 2015 with an economics degree and moved to Chicago. 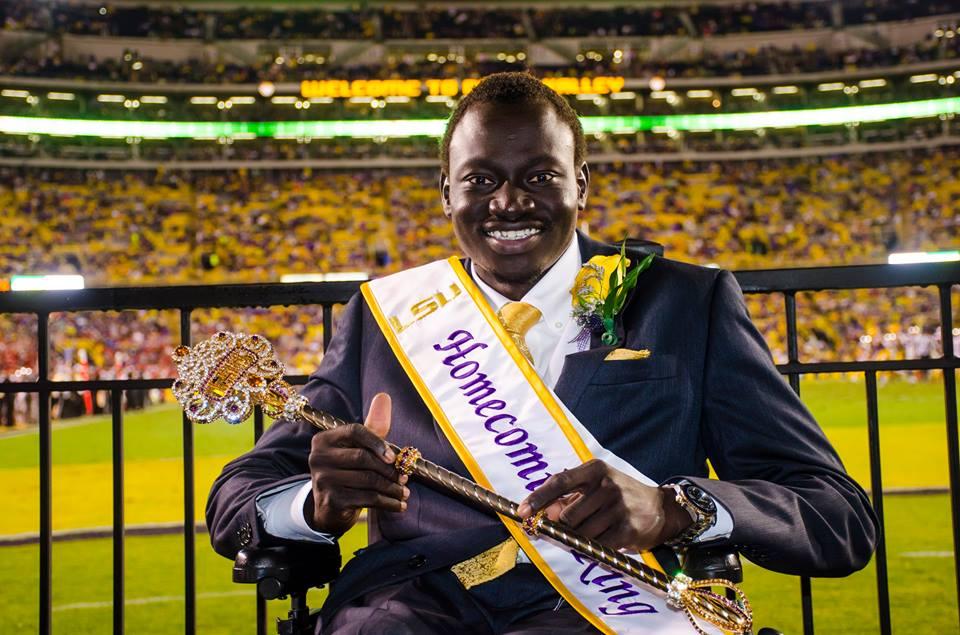 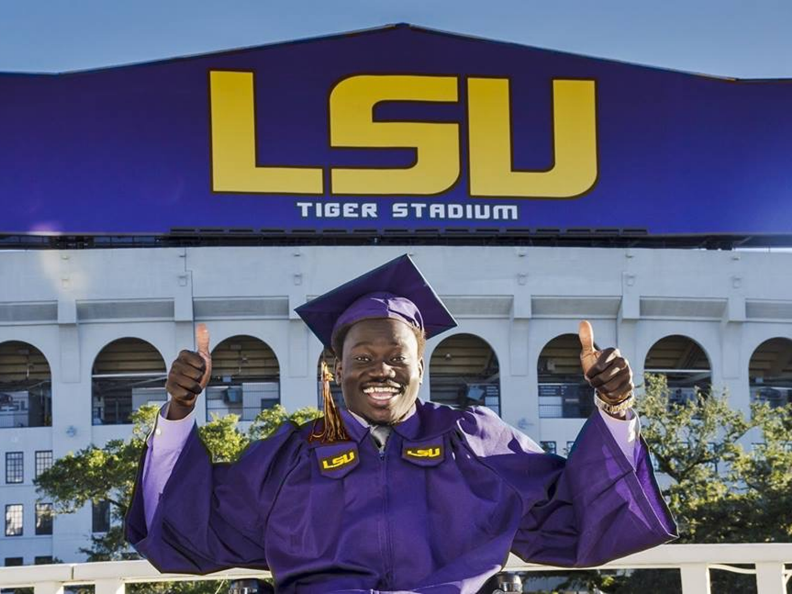 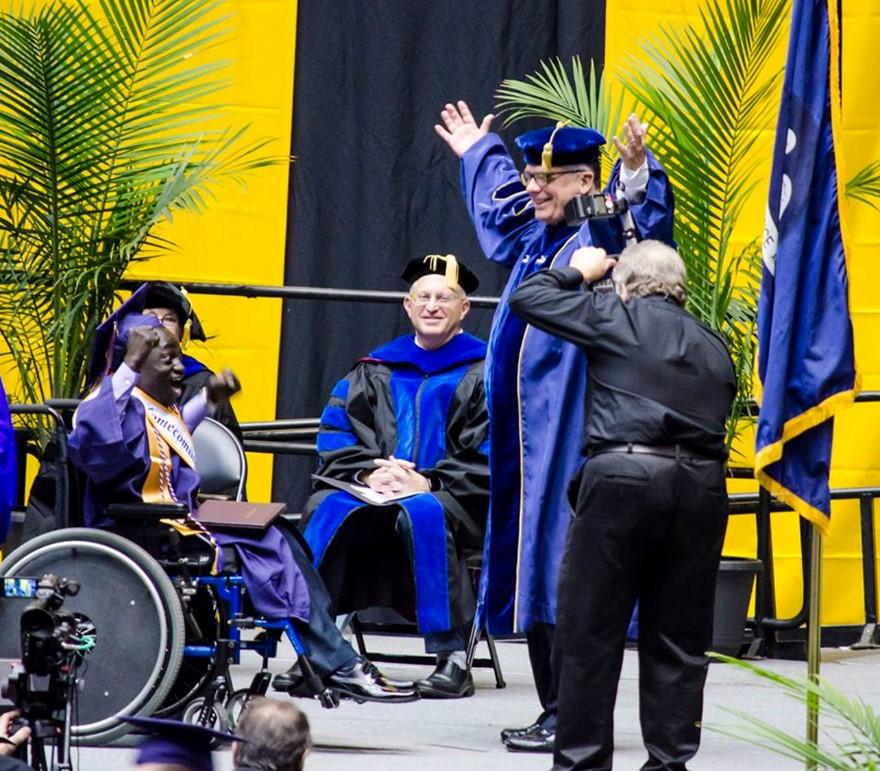 In Chicago, Michael works for an entrepreneur. The experience taught him the ins and outs of business, giving him the tools to further his career while investing his time in others. Living in the U.S., Michael observed the hope those living with disabilities had because of the people around them and the resources available. It stirred something inside him…so he started a nonprofit organization.

“I think this is why my life was saved. People in wheelchairs and with disabilities live a hopeless life in Africa. My life was spared so I could see what it is like when people with disabilities are loved and cared for and valued. I wanted to take that back to Africa.”

Michael created Living with Hope to share hope and mobility to those in Africa living with disabilities. The disabled living in Africa live a desperate life, often crawling in the dirt to get around. Living with Hope goes to Kenya to distribute wheelchairs and other mobility devices. A team of physical therapists and mechanics accompany Michael on his trips to ensure each wheelchair fits the recipient. Physical therapists assess needs and instruct the mechanics on necessary modifications. “I want to give these people hope for themselves as well as the mobility to move around, go to school, and have a better life and accomplish their dreams.”

The change Living with Hope has made in the lives of the people they’ve helped has been drastic. People in need of help crawl to the distribution site with pads on their knees and sandals on their hands. They are taken from a place of not being able to move or be outdoors to having the means to move and take care of themselves and their families. Their faces light up and they get giddy as they sit in a wheelchair for the first time and learn how to operate it. It gives them a new perspective on life. 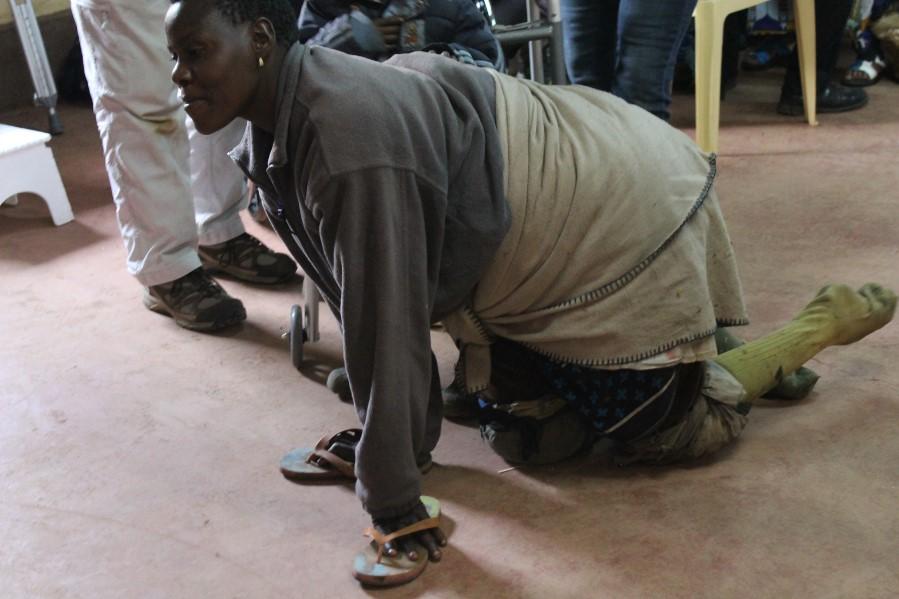 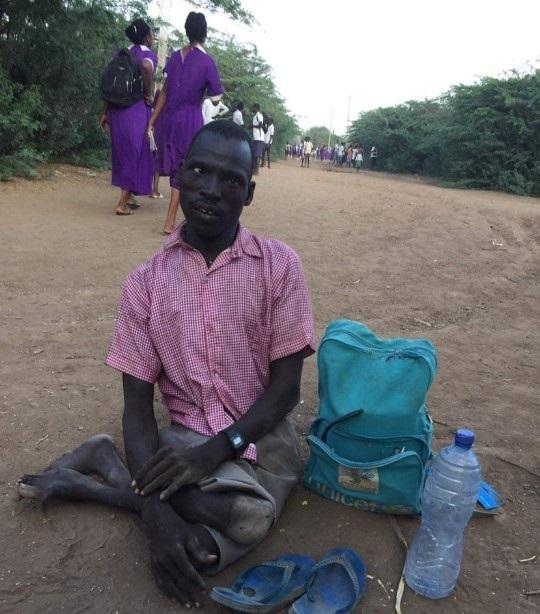 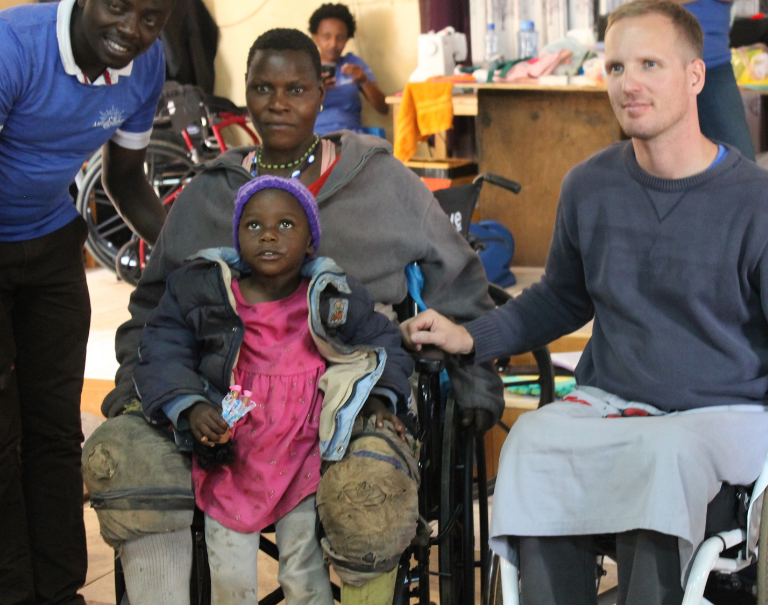 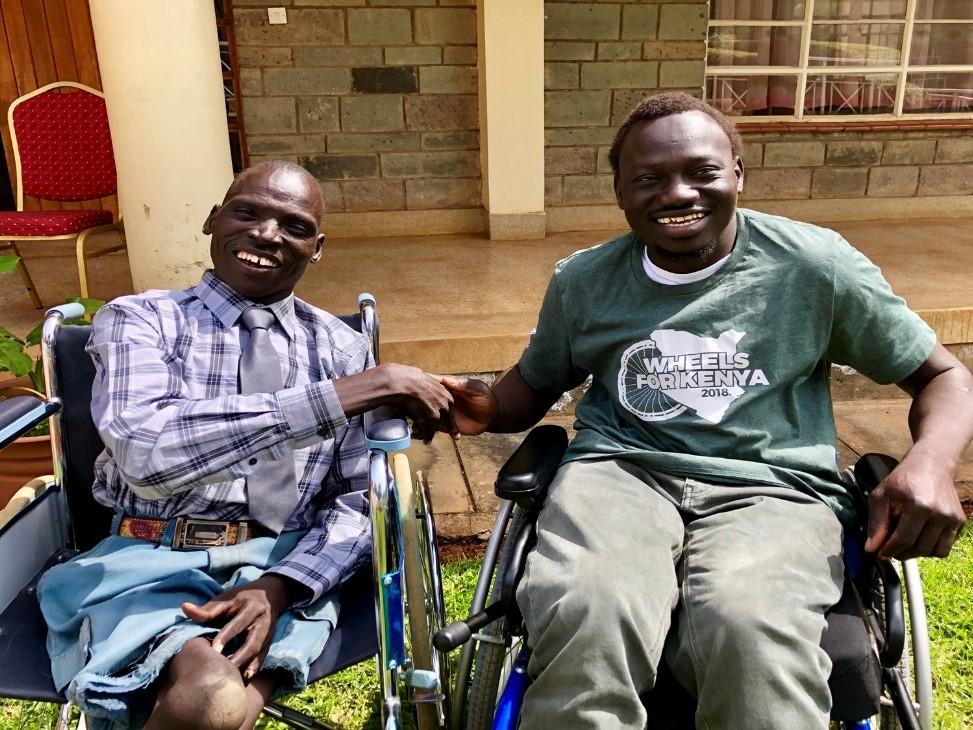 Living with Hope has distributed almost 1,000 mobility devices in the last year and a half. They hope to expand capacity to meet the overwhelming need - a few thousand sought the 500 available devices on his last trip. Michael regularly refers to the business background he established while studying at LSU. He credits his LSU experience, including his interaction with faculty and classmates, with preparing him to run a nonprofit. He hopes his story will inspire the next generation.

“Your passion comes from your biggest pain. People that do something, they do it because of what they have experienced. My deepest pain and suffering gave me the passion to do what I’m doing right now. I’m thankful to have this story to share hope with the whole world.”

Living with Hope is currently accepting mobility devices with a special focus on pediatric devices.  If you would like to help or would like to learn more, please visit https://livingwithhope.net.